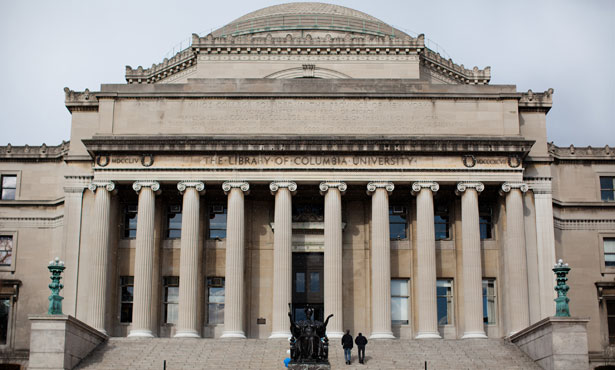 In the past two years, Columbia University students have attempted to remedy the vexing problem of college affordability with an old but largely untried idea: a student credit union.

Credit unions form a cooperatively owned alternative to traditional banks in which profits go to providing better rates and lower fees for the credit union’s clients. Recipients of capital become shareholders in the institution and participate in its decisions.

Started by a group of four students, the idea, rebranded Lion Credit Union Initiation (LCUI), quickly mustered interest. In the fall of 2013 dozens of students gathered for an informational meeting, after which half of the attendees applied to join the team. The team is now constituted of twenty-two students, chosen after a “brutally long application process,” according to LCUI’s current business development analyst, Dayalan Rajaratnam.

For Jared Greene, the current president of the LCUI, the idea is a “no-brainer.”

“It’s about connecting a community, while saving each other money and teaching each other things.” The credit union would be run by volunteer students. After its operational costs, which should be minor, are paid, its profits would be devoted to lowering fees and giving back to the community, by offering grants for different events and projects. For Mischa, the founder, it’s “all about knowledge-sharing and supporting innovation that comes from community members.”

Beyond providing a more humane alternative to banking, LCUI hopes to remedy the fact that most students do not know how to take out a loan or apply for a mortgage after college. The inadequacy of most college curriculum to deal with personal finances is flagrant: the most crucial short-term goal of the LCUI is promoting financial literacy on college campuses, by bringing in speakers and organizing classes.

Its team of volunteers will also be receiving hands-on experience on how to run a financial institution attentive to the needs of the community. In the long run, the LCUI hopes to be able to provide student loans at much lower rates, a feat that Beumer thinks is “realistic,” “because Columbia offers so much financial aid, it would not be that much to do”.

The initiative has received support from most of the student councils of Columbia University’s colleges (Columbia College Student Council, Student Government Association (Barnard’s undergraduate student council), Engineering Student Council, General Studies Student Council, Graduate Business Association, Teacher’s College Student Council and Graduate Student Advisory Council), and is now backed by the equivalent of 40 percent of the student body. With this solid base the LCUI is hoping to gather the support of the university senate. The group also needs the endorsement of the National Credit Union Administration. The credit union is reaching out to alumni to get financial backing to get started. It is also looking for a location, and has yet to gain the critical endorsement of Columbia University.

Although there are many credit unions at different universities, for either faculty, grad or undergrad students, few are student-run, with Georgetown’s and UPenn’s being the notable exceptions. If approved by the NCUA, the Lion Credit Union Initiative, meant for anyone who has studied or worked for Columbia University, would bridge another historic rift: that which separates students from other members of the community. Unlike UPenn and Georgetown, the Columbia credit union is trying to reach out to anyone who has ever worked or studied at Columbia University, from students and faculty to administrators and workers.

A lesson in how to provide banking centered on people’s needs and not on profit for its investors, the Columbia credit union might well ripple well beyond the Morningside campus. Alvaro Rossi, a rising sophomore who is the head of the LCUI’s Internal Affairs division, hopes to start a credit union in Brazil after graduation “It’s incredible that there aren’t more credit unions around the world. I think it’s possible here. Mischa thinks it’s possible in Jordan too.”