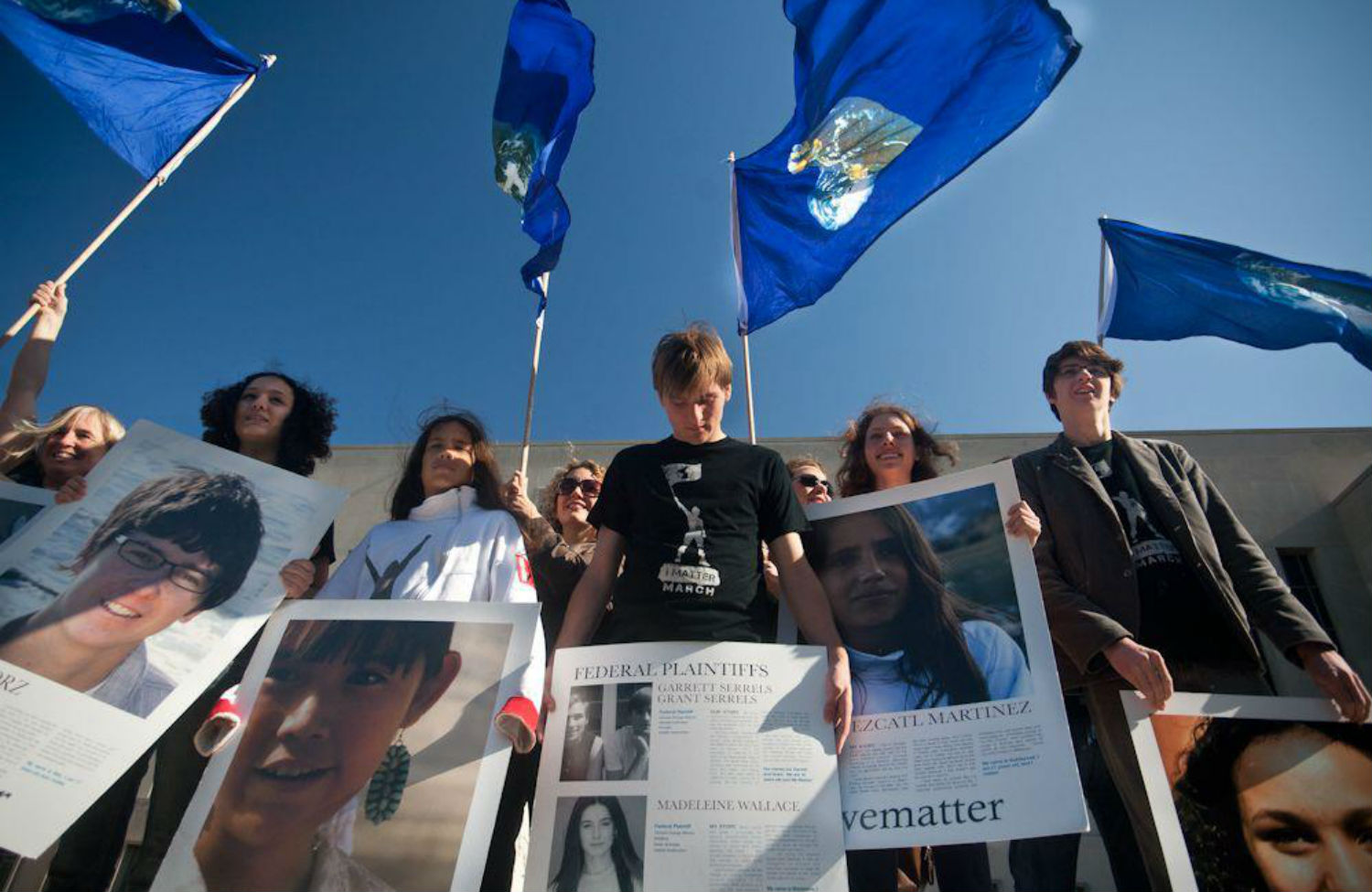 In an unprecedented federal court case that has made it to the DC Circuit Court of Appeals, young people from California are suing the EPA and Departments of Interior, Agriculture, Commerce, Energy and Defense under the historic public trust doctrine for failing to devise a climate change recovery plan. In their legal brief, they argue, “Failure to rapidly reduce CO2 emissions and protect and restore the balance of the atmosphere is a violation of Youth’s constitutionally protected rights and is redressable by the Courts.”

The public trust doctrine has its roots in antquity, deriving from the Roman “Code of Justinian.” Elizabeth Brown of Our Children’s Trust, the group coordinating the legal efforts, explains that the doctrine is a duty all sovereigns have to safeguard public resources that future generations will depend on for survival. It is an “attribute of sovereignty,” “implicit in our constitution,” the “white board of our democracy,” she says.

The National Association of Manufacturers, which is intervening in support of the government agencies, argues in its brief that “in no case has any court ever invoked the doctrine to compel regulatory action by the federal government, much less adoption of a sweeping new regulatory agenda of the type sought by these plaintiffs.”

That’s true. There is no precedent. But that’s kind of the point. Conventional efforts to harness climate change through litigation have failed. The public’s trust in government to tackle climate change has been squashed. The agencies the youth are suing have come up short on the issue of the millennium. We’re clearly in need of some precedent-setting litigation.

In tandem with the federal lawsuit, similar efforts by youth, also guided by Our Children’s Trust, are aimed at state agencies in Alaska, New Mexico, Oregon and Texas.

In an amicus brief to the federal case, a group of sympathetic law professors explained that a legislature cannot deprive “a future legislature of the natural resources necessary to provide for the well-being and survival of its citizens…. Through the Public Trust Doctrine, the Constitution governs for the perpetual preservation of the Nation.” Since climate change would cripple the government’s ability to provide for its citizens, they argue, the use of the public trust doctrine is appropriate and necessary.

Citing case law from the 1890s, these youth and their advisors are digging deep to find a tool to wield against a government that has legally betrayed their trust. Whether the case makes it to the Supreme Court has yet to be seen (the appeals court hearing is scheduled for May 2). But for the climate movement this is really a win-win. Either a landmark case compels the US government to act on climate change, or yet another betrayal of trust radicalizes an organized, and legally savvy, network of youth.