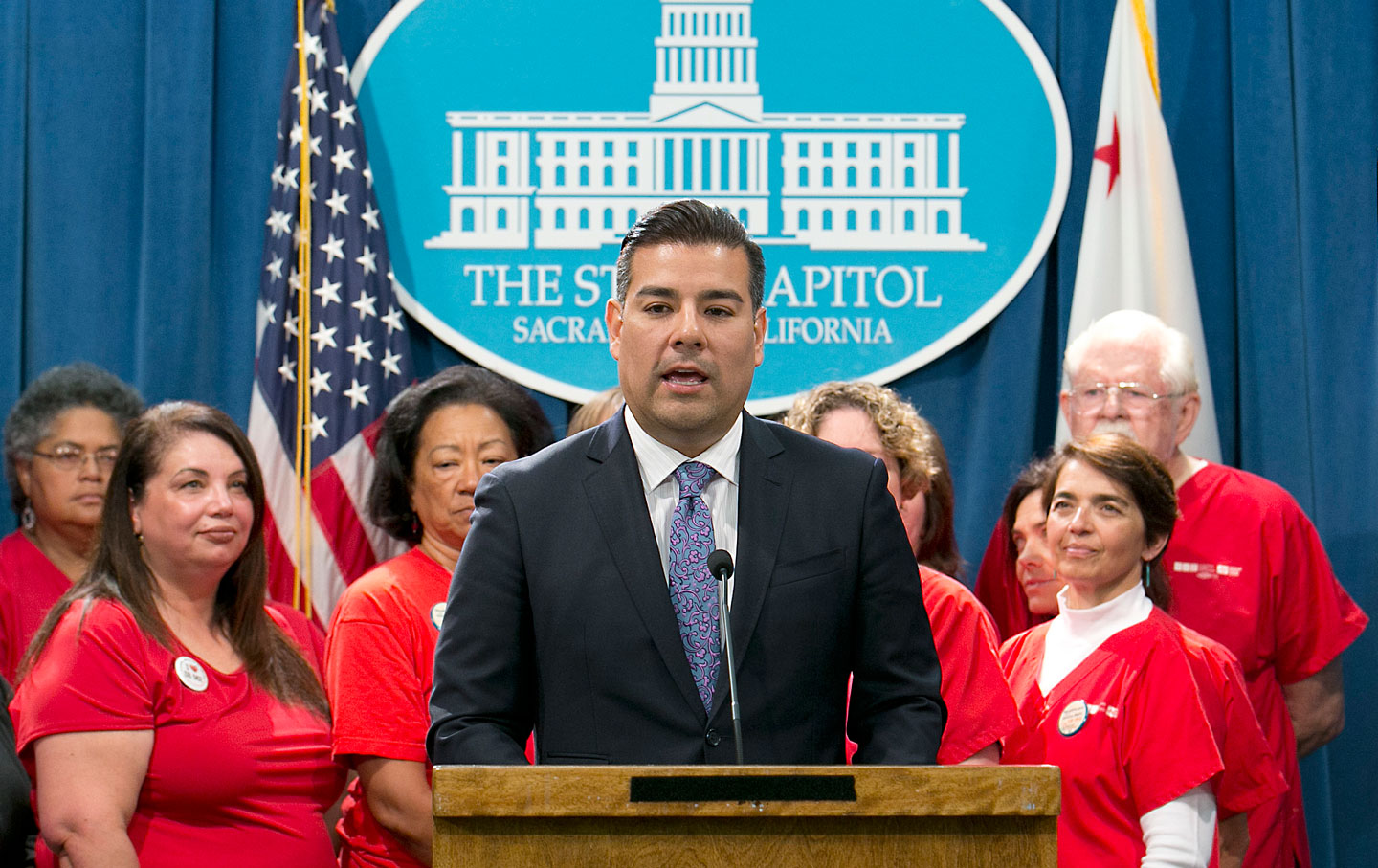 If health care is a right—and it is—the only honest response to the current crisis is the single-payer “Medicare for All” reform that would bring the United States in line with humane and responsible countries worldwide.

Saving Obamacare Is Not Enough—We Need Medicare for All

It is unfortunate that Donald Trump, who once seemed to recognize the logic of single payer, has aligned himself with House Speaker Paul Ryan’s scheme to make health a privilege rather than a right—and to use a “reform” of the Affordable Care Act as a vehicle to reward wealthy campaign donors with tax cuts and sweetheart deals. The debate in Washington is so cruel and unusual that it is easy to imagine that the cause of single payer must be doomed in America.

Not so. The movement for single payer is for real, and it’s winning in California.

“This is a banner day for California, and a moral model for the nation.” —@nationalnurses on single-payer progress

The state Senate voted 23 to 14 on Thursday in favor of SB 562, a single-payer proposal that would guarantee universal health care to all Californians. “What we did today was really approve the concept of a single-payer system in California,” declared state Senator Ricardo Lara, a key advocate for the bill, following the vote.

“California Senators have sent an unmistakable message today to every Californian and people across the nation,” declared RoseAnn DeMoro, the executive director of the California Nurses Association and National Nurses United, which led the fight for the “Healthy California Act.”

“We can act to end the nightmare of families who live in fear of getting sick and unable to get the care they need due to the enormous cost,” DeMoro continued. “We’ve shown that healthcare is not only a humanitarian imperative for the nation, it is politically feasible, and it is even the fiscally responsible step to take.”

That’s true. According to a review of a new NNU-sponsored study by the Political Economy Research Institute at the University of Massachusetts Amherst: “SB 562 would produce substantial savings for households in healthcare costs as a share of their income, and California businesses, which would also see reduced payroll costs for health care expenditures.”

The California proposal still must be approved by the California State Assembly and, eventually, by Governor Jerry Brown. Budget plans must be developed. The fight is far from over. But a hurdle has been cleared and DeMoro is right to say that: “This is a banner day for California, and a moral model for the nation.”