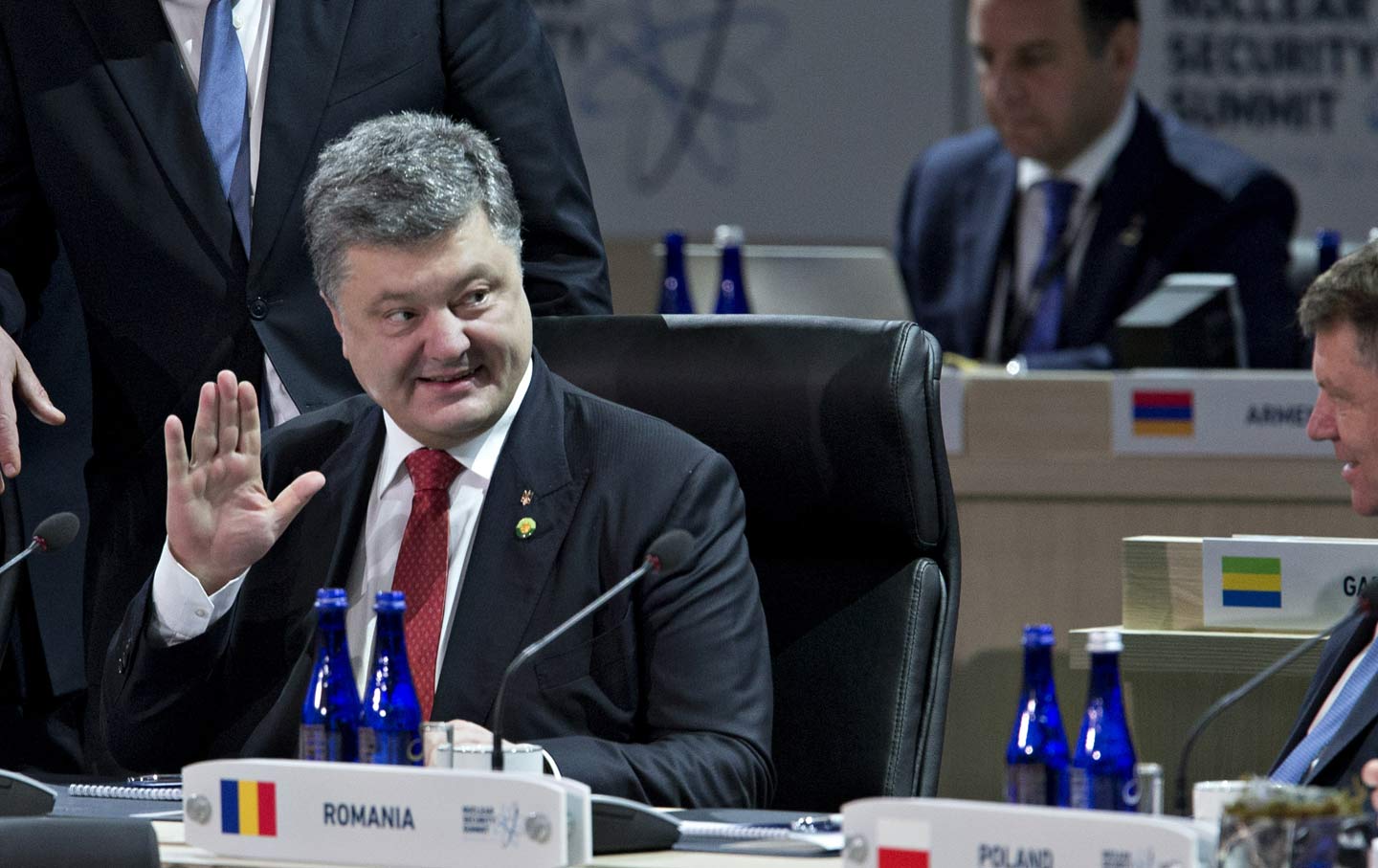 This weekend, the International Consortium of Investigative Journalists (ICIJ) released a report based on what is believed to be the largest data leak in history. The 11.5 million internal documents from the offshore law firm Mossack Fonseca are more than emerged from the Snowden and Wikileaks leaks, and the ramifications are likely to be as far-reaching. At the very least, in an age of newsroom cutbacks, the leak demonstrates the power of transnational investigative reporting and the importance of organizations like ICIJ, which said that the leaked records were “reviewed by a team of more than 370 journalists from 76 countries.”

Though this is a massive data leak, the American mainstream media’s reaction largely focused on Russian President Vladimir Putin. His photo accompanied the initial stories on the Panama Papers in The New York Times, The Washington Post, Time and, of course, The Daily Beast.

Luke Harding’s précis of the report in The Guardian breathlessly proclaimed that “A $2bn trail leads all the way to Vladimir Putin. The Russian president’s best friend—a cellist called Sergei Roldugin—is at the centre of a scheme in which money from Russian state banks is hidden offshore. Some of it ends up in a ski resort where in 2013 Putin’s daughter Katerina got married.” [emphasis added].

The questionable relevance of that last revelation aside, the problem here is that if the report “led all the way” to Putin, it would’ve, well, named him and not just his “associates.” In any case, the revelation that Putin and his St. Petersburg clique have for years raided the Russian treasury is about as newsworthy as revelations that Donald J. Trump is mendacious. Indeed, the shadowy $2 billion linked to Putin through his associates would seem to pale in comparison to what he has been previously accused of siphoning off. Both Harding and the Russia scholar Karen Dawisha have previously alleged that Putin is worth upward of $40 billion.

Perhaps more interesting are the revelations that British Prime Minister David Cameron’s father, six members of the House of Lords, and three former Tory MPs have been named in the Panama Papers. According to The Guardian, the late Ian Cameron “was a director of Blairmore Holdings Inc, an investment fund run from the Bahamas” that “avoided ever having to pay tax in Britain.”

Given the American media’s failure to adequately cover the Ukrainian government’s corruption, the reaction to the report’s revelations about Ukraine’s reigning president-oligarch Petro Poroshenko has been muted. According to the Organized Crime and Corruption Reporting Project (OCCRP), “The Panama Papers reveal that Poroshenko was apparently scrambling to protect his substantial financial assets in the BVI at a time when the conflict between Russia and Ukraine had reached its fiercest.”

Indeed, the papers show that Poroshenko, far from following through on his promise to “wipe the slate clean” as president of Ukraine and “commit to focus exclusively on welfare of the nation,” has worked assiduously to protect his estimated fortune of $858 million through the use of offshore tax havens.

According to the OCCRP, the documents show that “Poroshenko’s action might be illegal on two counts: he started a new company while president and he did not report the company on his disclosure statements.” Public opinion may turn against Poroshenko in the coming days. Even the editor of the resolutely pro-Maidan Kyiv Post wrote that he believes “the story raises legitimate questions that the president of a democracy should answer.”

One thing worth noting about the Panama Papers is that there were no Americans on the list (although they may appear in subsequent releases). Odd, that. And so, while the ICIJ has done an important service by highlighting the need for greater financial transparency in the public sphere, it would have been a bigger public service (to us Americans, anyway) if the project had tracked any link between American oligarchs and the vast, shadowy offshore banking industry.

One danger of this aspect of the report is that it will confirm what the American establishment already so dearly believes: We are virtuous, while the rest of the world is not. If only it were so simple.