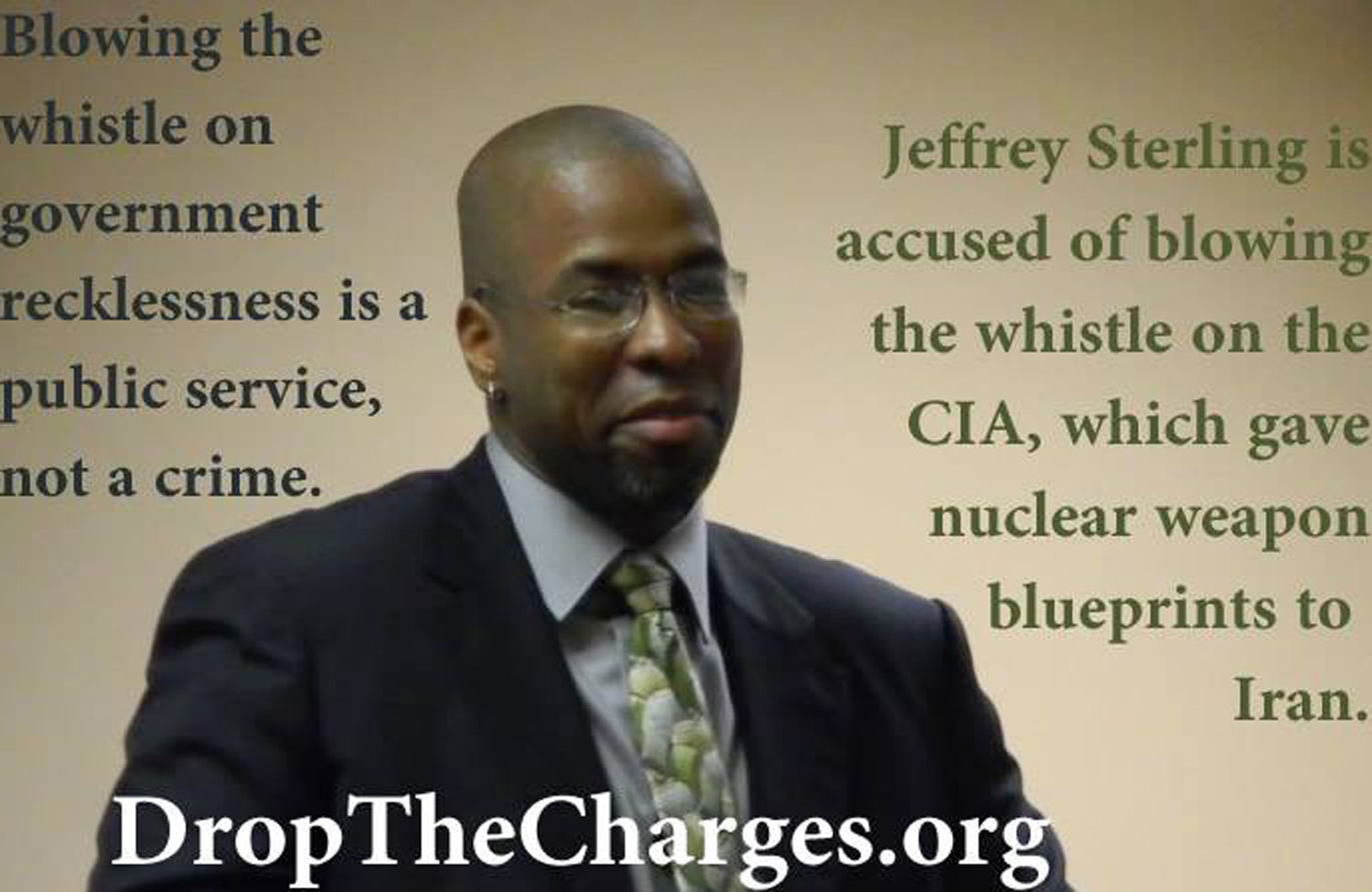 The charges in the case are unproven. But no one disputes that Sterling told Senate Intelligence Committee staffers about the plan, dubbed Operation Merlin. According to Risen’s book, the operation was ill conceived and dangerous; rather than slow down nuclear proliferation, the CIA risked making it worse.

Furthermore, the legal pursuit of Sterling smacks of selective prosecution. When it suits their purposes, top officials often leak information that is “classified.” As The New York Times wrote: “The government hates leaks of classified information. Except when it doesn’t.”

Join The Nation, RootsAction, The Progressive, Reporters Without Borders and a host of other organizations in calling on the Justice Department to drop the charges against Sterling.

As Norman Solomon and Marcy Wheeler argued in a piece for The Nation, the prosecution of Sterling is emblematic of the Obama administration’s approach to national security leaks in general. The Obama justice department has charged more whistleblowers under the Espionage Act than all other administrations combined—moving the US government toward what Solomon and Wheeler call the “uninformed consent of the governed.”

In late December, Democracy Now!’s Juan González spoke with Marcy Wheeler about the trial and its significance for press freedom in the United States.