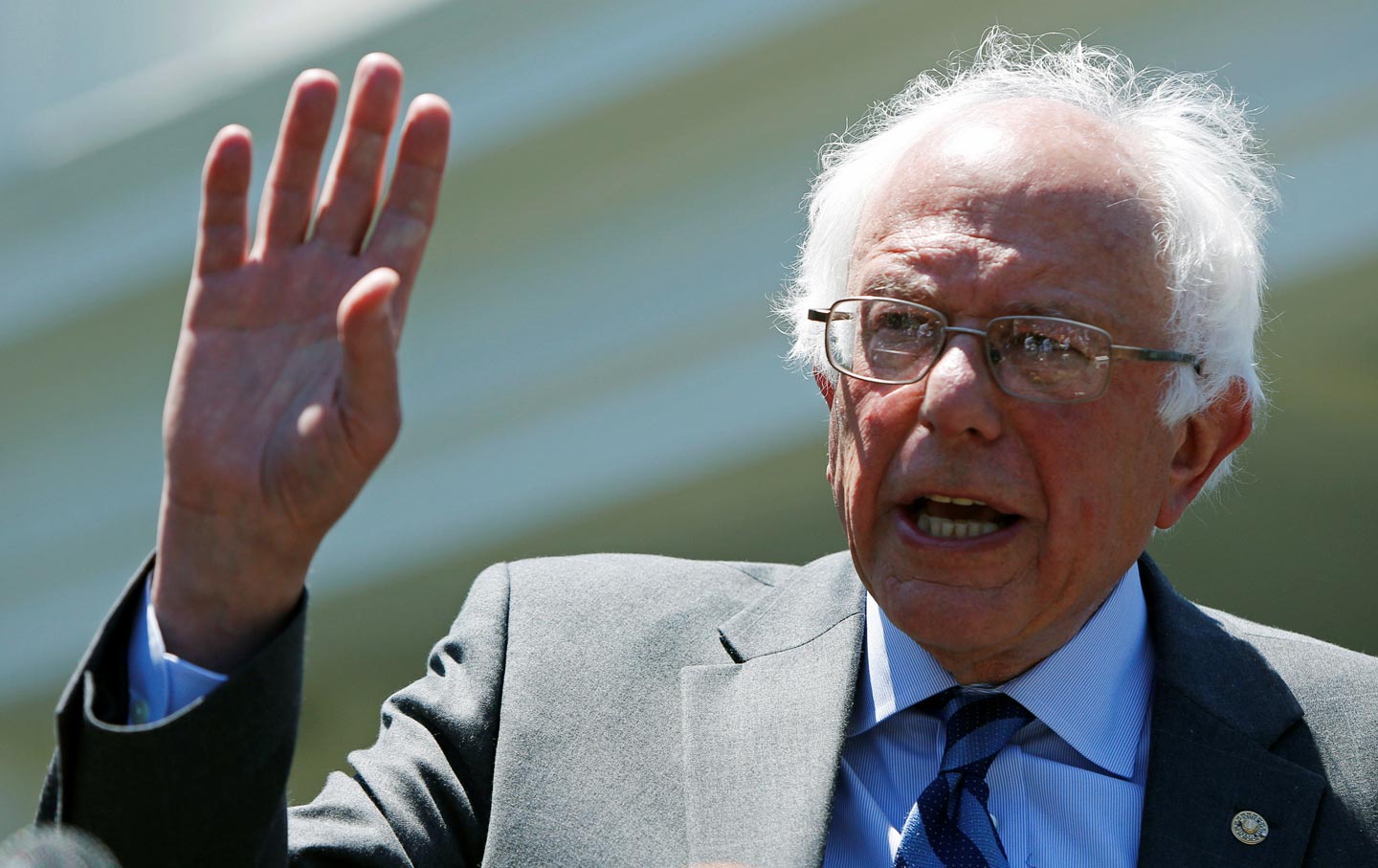 Bernie Sanders delivers a statement after his meeting with President Barack Obama at the White House, June 9, 2016. (Reuters / Gary Cameron)

As the Democratic Party reflects and reorganizes in the wake of Donald Trump’s election as president, Senator Bernie Sanders is considering making a run for a Senate leadership position.

Sanders was planning to become chairman of the Senate Budget Committee, or possibly the Health, Education, Labor, and Pensions Committee, if Democrats took control of the upper chamber. But with the GOP retaining control of the body, Sanders’s calculus has changed.

He is now “thinking about” making a run for a slot in Democratic Senate leadership, according to Michael Briggs, his communications director.

Sanders has ruled out running for minority leader against Senator Chuck Schumer, however, according to Briggs.

There is a brewing fight between Senators Dick Durbin and Patty Murray for minority whip, the number-two spot in Democratic leadership. It’s not immediately clear if Sanders would enter that fight.

Schumer is currently number three in Democratic leadership, as vice-chair and head of the Democratic Policy and Communications Center. That position will be open in January, along with several other top spots in the Democratic caucus.

The leadership elections will be a critical insight into how the party plans to work with President Trump—or how vigorously they will oppose him. Sanders struck a slightly conciliatory note in his statement Wednesday.

“To the degree that Mr. Trump is serious about pursuing policies that improve the lives of working families in this country, I and other progressives are prepared to work with him,” Sanders said. “To the degree that he pursues racist, sexist, xenophobic and anti-environment policies, we will vigorously oppose him.”

Briggs also confirmed earlier reports that Sanders thinks Representative Keith Ellison would be a “great” head of the Democratic National Committee, and that Sanders is pushing his candidacy to other Democrats.