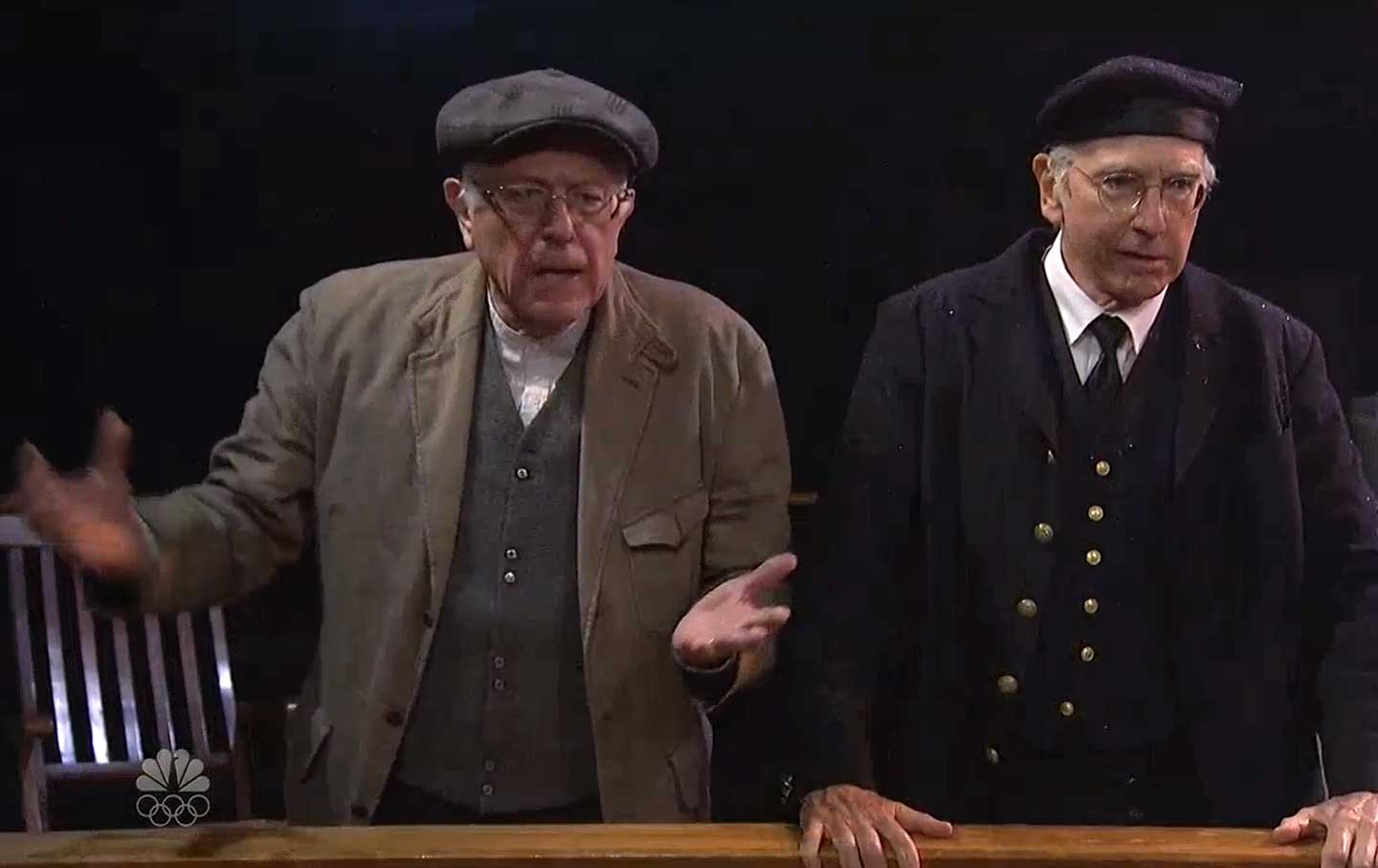 Concord, New Hampshire—With only a matter of hours to go before New Hampshire’s first-in-the-nation primary, all eyes turned to Saturday night’s great debate.

No, not the vitriolic hatefest that saw Republican candidates ripping into one another at St. Anselm College in Manchester. WGIR-AM radio host Jack Heath, a former New Hampshire television news director, accurately criticized the Republican debate as a manipulated national-news-network production that excluded at least one candidate (Carly Fiorina) who is running better in New Hampshire than some of the contenders who were on the stage.

The GOP field’s eighth debate was a failed exercise in anger management.

It opened with New Jersey Governor Chris Christie and Florida Senator Marco Rubio accusing one another of being slackards. After Rubio mentioned his legislative “accomplishments,” Christie retorted, “The fact is when you talk about the Hezbollah sanctions act that you list as one of your accomplishments—and just did—you weren’t even there to vote for it. That’s not leadership. That’s truancy.”

Rubio had his comeback ready. “Chris, your state got hit by a massive snowstorm two weeks ago. You didn’t even want to go back. They had to shame you into going back. And then you stayed there for 36 hours and then [you] left and came back to campaign. Those are the facts.”

Unfortunately for Rubio, who has been rising in the polls and in the esteem of major campaign donors faster than he has been rising in credibility or competence, Christie actually knows how to debate. “This is what Washington, DC, does,” he announced. “The drive-by shot at the beginning with incorrect and incomplete information and then the memorized 25-second speech that is exactly what his advisers game him.”

By most measures, Christie was the dominant player in the last debate before the first primary. But the New Jersey governor is still (despite weeks of intensive campaigning) running far behind Rubio, Texas Senator Ted Cruz (the winner of last week’s Iowa caucuses), and billionaire Donald Trump (the leader in all the New Hampshire polls). So Christie’s contribution probably had more to do with harming Rubio than helping himself. The beneficiaries were Cruz and Trump. But they weren’t celebrating. They were just as angry as the rest of the contenders. Cruz used his closing statement to brag about his controversial victory in Iowa—which came after Cruz backers fostered the fantasy that another contender for evangelical votes, Dr. Ben Carson, might be quitting the contest. Following Cruz, Trump closed by explaining that his rival prevailed in Iowa “because he got Ben Carson’s votes.”

At one point, when Jeb Bush and Trump were going at each other, Trump turned to the former governor of Florida and said, “You—let me talk. Let me talk. Quiet.”

The crowd booed. But Trump did not miss a beat. “That’s all of [Bush’s] donors and special interests out there,” he said.

“Enough is enough! We need to unite and work together if we're going to get through this!” —Bernie Sanders on SNL

Then, in the middle of a presidential debate, the billionaire front-runner complained about ticketing.

“[By] the way, let me just tell you, we needed tickets. You can’t get them. You know who has the tickets for the [debate]?” Trump asked the television audience. “Donors, special interests, the people that are putting up the money.”

The booing got louder.

Trump was right. Yet, the crowd, which did indeed include a number of purchasers of influence, did not recognize that he has turned them into a punchline.

The GOP debate was so cruel and unusual—and so frequently absurd—that it was unintentionally humorous. Analysts actually counted the number of times that Rubio robotically repeated the same cheap shots at President Obama.

It was bad television from the start—literally, as social media shared video of candidates Carson and Trump missing their cues to come on stage. The entertainment website Hollywood Life summed the moment up with one word: “AWKWARD.”

The better, and perhaps more influential, television on Saturday night inspired a different sort of laughter.

This television was coming not from Manchester but from New York. Vermont Senator Bernie Sanders pulled off the New Hampshire trail for a few hours to appear on NBC’s Saturday Night Live with comedian Larry David.

David’s appearances on SNL as Sanders have been so spot-on that the candidate has picked up some of the comedian’s lines and, during Wednesday night’s Democratic Town Hall Meeting in New Hampshire, declared, “I am Larry David.”

On Saturday night, David again parodied the Sanders campaign. But the best performance of the night was a period piece in which the senator and the comedian met up on the deck of a Titanic-like sinking ship. Told he must wait for women and children to board lifeboats, David’s character announces, “I hate to pull this, but my father is rich. Technically, my life is worth more than all of yours put together—especially these women and midgets—so, if its all the same to you, I’m going to pop down into that lifeboat.”

Sanders appears as an immigrant in a cloth cap, shouting, “Hold on! Hold on! Wait a second.”

“Enough is enough! We need to unite and work together if we’re going to get through this!” yelled Sanders, echoing his campaign themes.

“Bernie Sanderswinsky,” replied the character played by the Jewish senator, who explained that “we’re gonna change it when we get to America so it doesn’t sound quite so Jewish.”

The crowd roared with laughter, and moments later a deckhand announced that the ship had struck Liberty Island off New York.

That was the main appearance for Sanders, although, later in the show, the senator and the comedian actually talked politics.

“Bernie,” asked David, “how are things going up in New Hampshire?”

“OK,” replied Sanders, who is maintaining a lead over former secretary of state Hillary Clinton in recent New Hampshire polls.

How good will be determined by the voters on Tuesday.

But there was no question that Saturday night went better for Bernie Sanders than it did for Marco Rubio and most of the other Republicans.