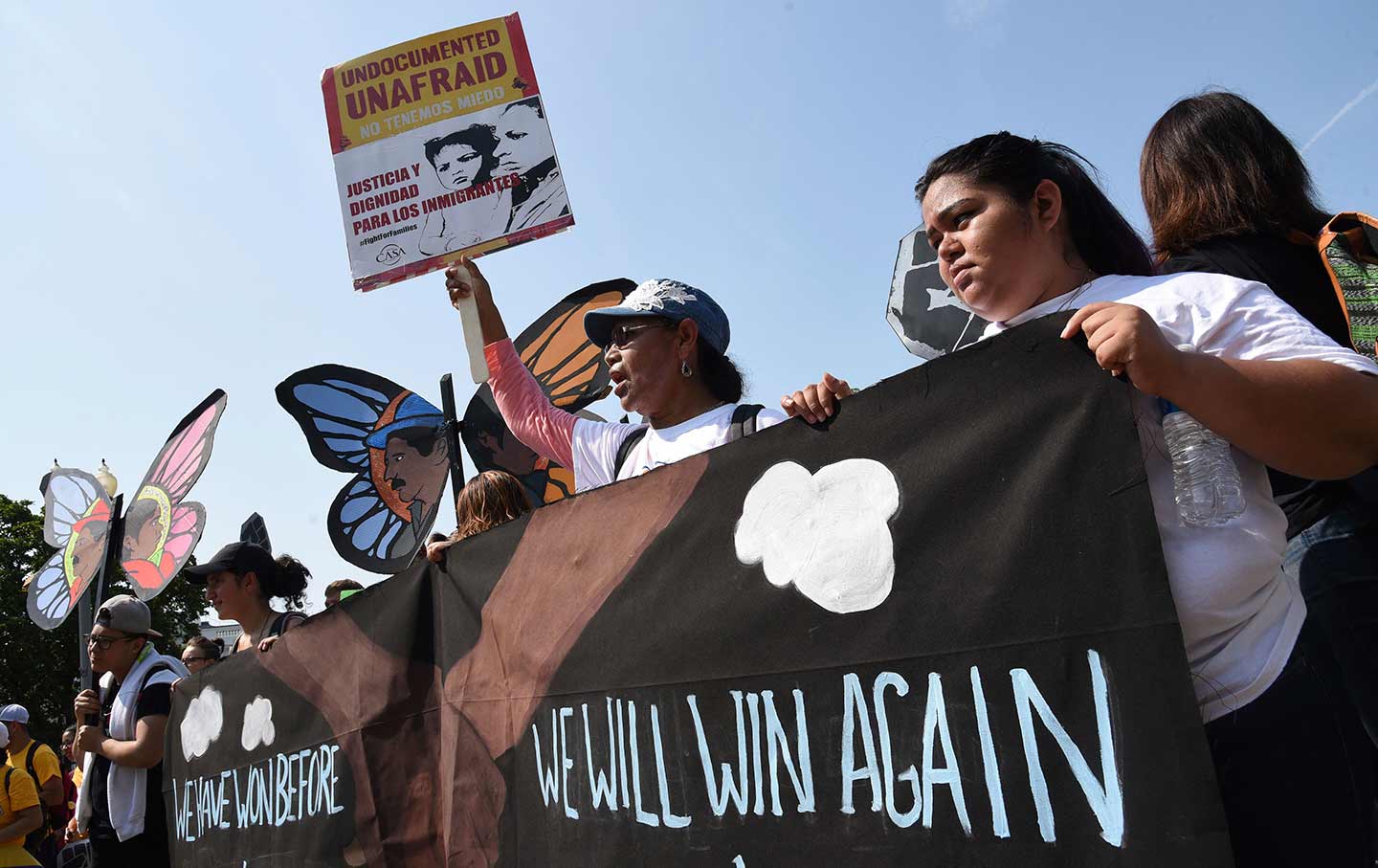 Supporters of Deferred Action for Childhood Arrivals, or DACA, rally outside the White House on September 5, 2017. (Olivier Douliery / Sipa USA via AP)

With the passage of a new tax bill that overwhelmingly benefits the rich, a Democratic caucus that continues to fail to protect Dreamers, and the FCC’s decision to put an end to net neutrality, the end of 2017 certainly made it clear that we’ll need even more inspiring organizing in 2018.

Despite calls for Democrats to withhold their votes if Congress refused to pass the Dream Act, the House and Senate approved a short-term funding bill just before the holiday recess. With the government funded until January 19, and an average of about 850 DACA recipients losing their protections every week between now and then, we need to keep up the pressure on all Democrats who refused to stand strong. See if your representatives are part of the “deportation caucus” and send them a tweet demanding that they fight for immigrant youth.

While the FCC voted to end net neutrality, Congress can reinstate this critical regulation by passing a “resolution of disapproval” to undo the vote. Both Republicans and Democrats have spoken up against the FCC’s decision. Check out where your representatives stand, then use Free Press Action Fund’s call tool and script to give them a call.

Last year, we had hopeful election results from Virginia to New Jersey to Alabama, and, already, people across the country are putting in the work to bring us more good news in 2018. Join them by using Indivisible’s voter-registration tool to begin registering voters in your community.