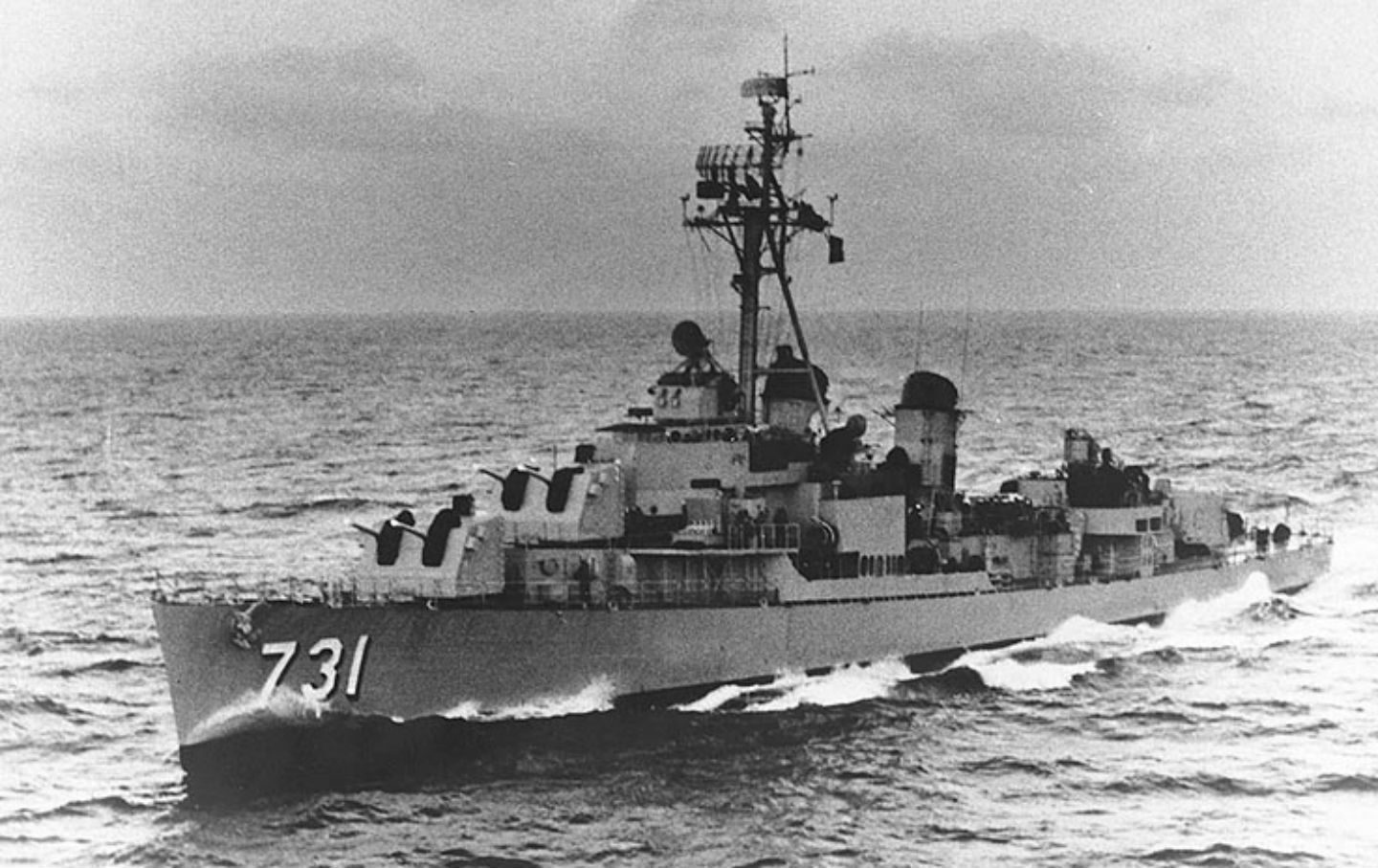 The USS Maddox destroyer, which was the U.S. ship involved in the Gulf of Tonkin incident, shown in the 1960s. (Wikimedia Commons)

Fifty-one years ago today, the United States Navy reported that its ships had been attacked some miles off the shore of North Vietnam. Provocatively, the US ships were patrolling in areas where South Vietnam was conducting active operations against the North, prompting the latter, quite understandably, to perceive the Americans as participants in the hostilities. Torpedo boats approached within a few nautical miles of the USS Maddox, which responded with warning shots. The subsequent firefight killed four North Vietnamese sailors, destroyed several of their boats, and lightly wounded an American ship and a plane. Two days later, American ships again reported that they were under attack and for hours fiercely maneuvered and fired at North Vietnamese boats, two of which they claimed to have sunk. As it turned out, the American ships had only been picking up radar signals from their own equipment, chasing phantoms as Don Quixote had combated windmills. Regardless, President Lyndon Johnson seized on the incident as a pretext for bombing North Vietnam and drastically escalating American involvement in the war. The Gulf of Tonkin Resolution authorizing such action passed on August 7, 1964, with only two senators objecting: Wayne Morse of Oregon, a frequent Nation contributor, and Ernest Gruening of Alaska, managing editor of this publication in the early 1920s. In an editorial appearing in the first issue after the incident and the resolution, The Nation’s editors wrote, “The excessive retaliatory action the President saw fit to order brings us closer to the brink of World War III.” In the same issue, a former State Department official named John Gange wrote an essay titled “Misadventure in Vietnam: The Mix of Fact and Myth.”

The domino theory overlooks the possibility of strong reaction by other nations at different points when they are confronted by new circumstances clearly threatening their security. The theory assumes that all powerful forces are on only one side, always moving outward, and it neglects the possibility of disruptive internal forces and counterforces moving against the presumed massive seismic wave set in motion by any little change of political status. It is a negative, fearful and mechanistic view of politics and man, but for those very reasons it finds countless advocates. So we took some facts and added some myths and came up with a decision—many times affirmed—to deny all Southeast Asia to communism, with military aid, and we created SEATO to do the job for us. Ten years later this queasy foundation of fact and myth finds us mired very deeply and sinking in more and more. After expending many billions of dollars and sacrificing hundreds of lives in combat or related services, after twistings and turnings of CIA undercover operations, with resulting changes of leaders in some of the states, there is still no end in sight.