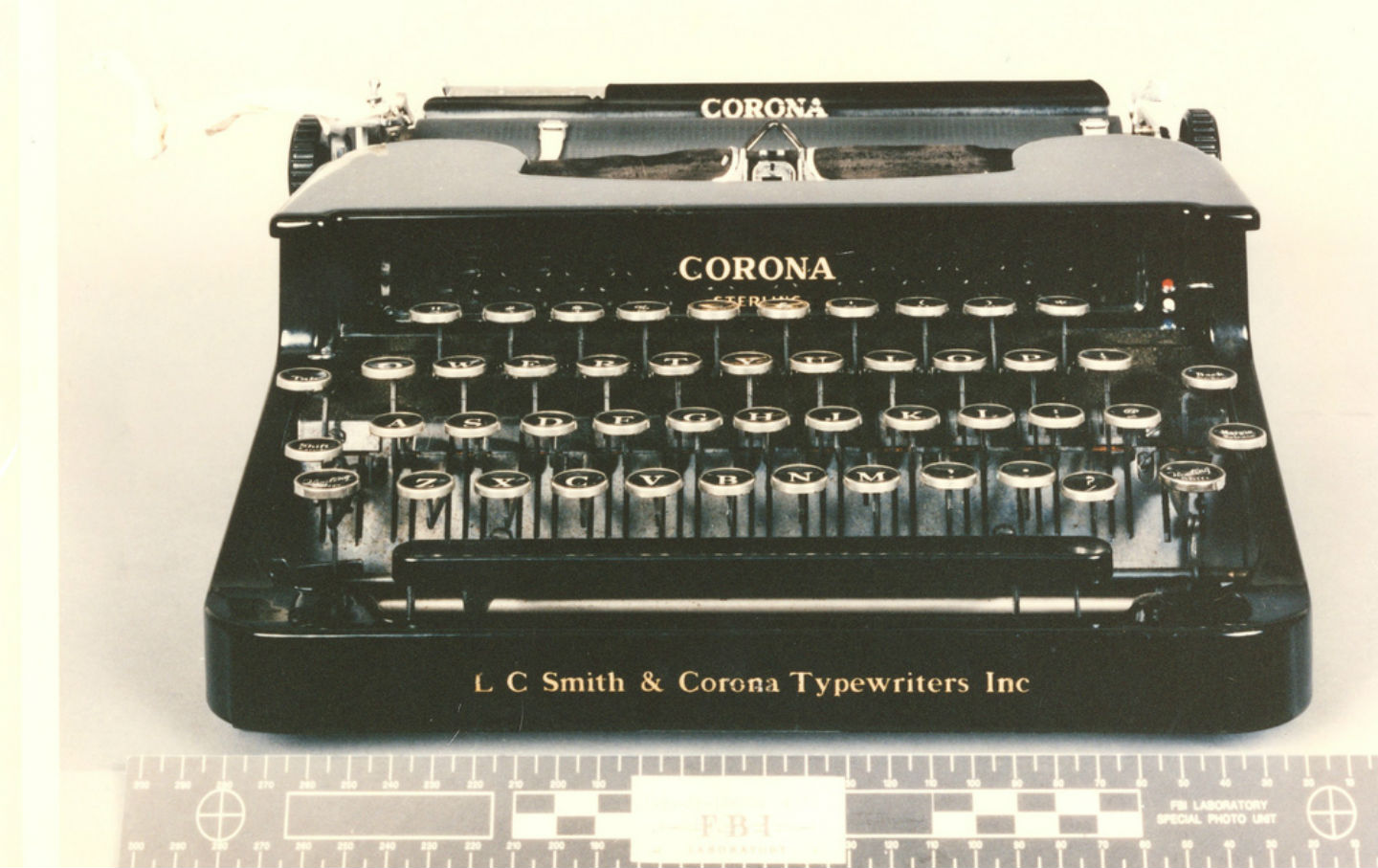 The L3 Smith-Corona portable manual typewriter that Ted Kaczynski used to create his manifesto; this typewriter was taken by the FBI during the search of his cabin in April 1996. (Flickr/U.S. Marshals Office)

In 1995, the scholar Kirkpatrick Sale, a Nation contributing editor and the author of that year’s Rebels Against the Future: The Luddites and Their War on the Industrial Revolution, was asked by the FBI to review the manuscript the Unabomber had asked national publications to print in exchange for ending his bombing campaign. His manifesto, Industrial Society and Its Future, was published in The New York Times and The Washington Post on September 19, 1995, just as Sale’s article in The Nation, “Is There Method In His Madness?” hit newstands. After reading the manifesto, David Kaczynski raised the possibility that his estranged brother Ted was the culprit. Ted Kaczynski was arrested on this day nineteen years ago. The following is Sale’s review of the manifesto.

I would agree with the Unabomber’s general position that “to make a lasting change in the direction of development of any important aspect of a society, reform is insufficient,” and I might even agree that in certain circumstances therefore “revolution is necessary.” But I can’t figure out at all what kind of revolution this is to be. He says that “a revolution does not necessarily involve an armed uprising or the overthrow of a government,” a conviction he is so certain of he repeats it twice more, adding that “it may or may not involve physical violence,” and in two footnotes he suggests that it might “consist only of a massive change of attitudes toward technology resulting in a relatively gradual and painless disintegration of the industrial system.” This is a somewhat peculiar position for a man who has been killing and injuring people in service to his dream of a new society, and I’m not sure what he thinks revolutions are or how they are achieved. If he has in mind something more like the Industrial Revolution or the Copernican revolution, he doesn’t suggest how that might come about, and the sorts of strategies he ends up advocating—promoting social instability, destroying and wrecking “the system,” seeing “its remnants…smashed beyond repair”—sound an awful lot like a revolution with a good deal of violence. He even suggests at one point that the models are the French and Russian revolutions, both pretty bloody affairs.