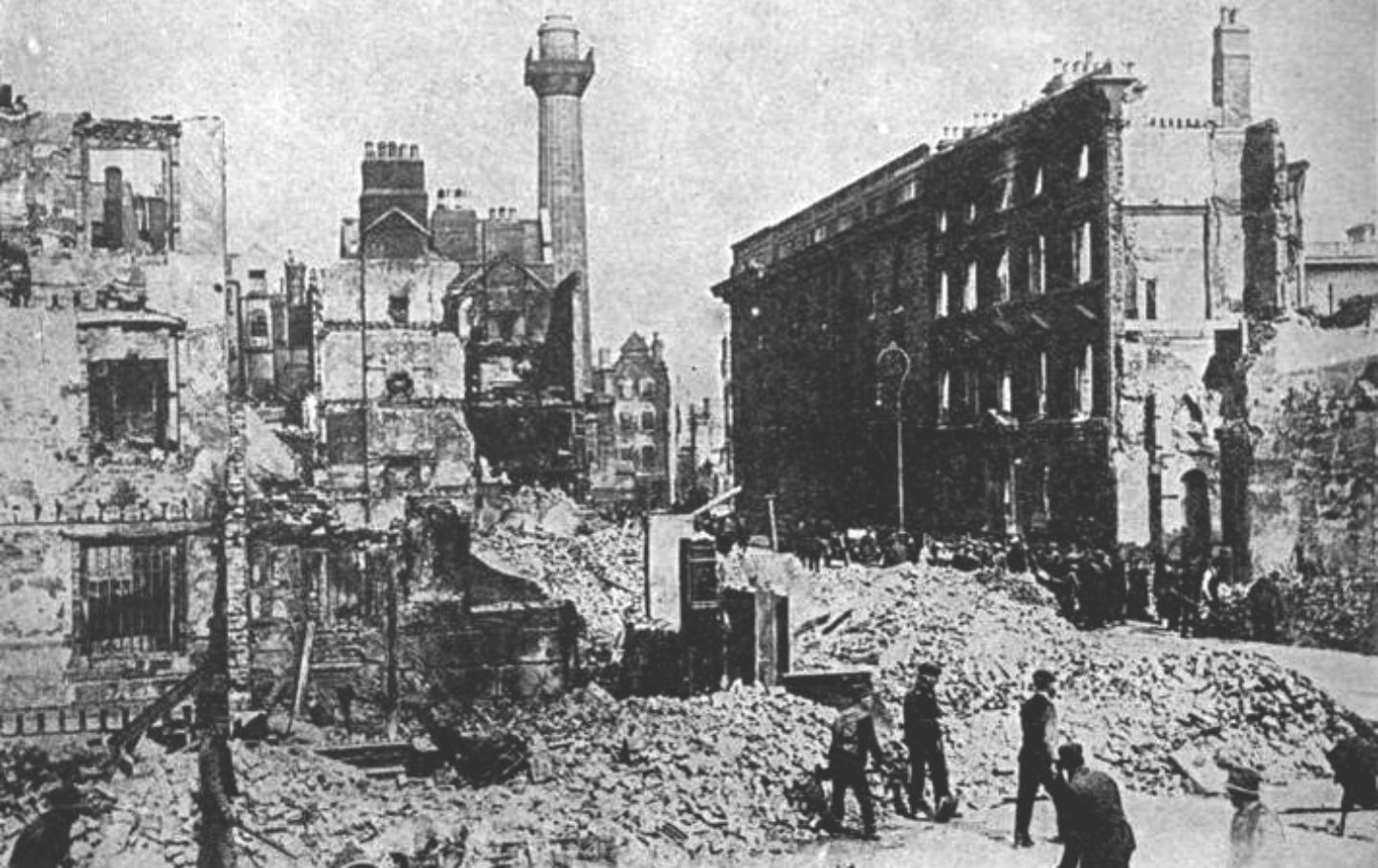 Image of Sackville Street in Dublin, in ruins after the Easter Rising. (Wikimedia Commons

The Easter Rebellion began when a secret group of Irish nationalists, aided by socialists, assaulted British government buildings in Dublin and seized the post office. The uprising was put down by the British within the week and the conspirators were hanged. Most of Ireland’s 32 counties achieved independence in 1921, and the Republic of Ireland was formed in 1949. Six counties of Northern Ireland remain part of the United Kingdom, to the mild consternation of some. Rollo Ogden, editor of The Nation’s then–parent publication the New-York Evening Post, wrote an editorial on “The Irish Outbreak” in May of 1916.

That the recent outbreak was so inept as to be almost idiotic must be evident to the minds of all but the Irishmen who took part in it. They have brought immense disrepute upon themselves, and have done it in an attempt absurdly ill-chosen and doomed to failure. England never had so many troops at ready disposal as she has to-day to put down an Irish rebellion…. The best that the friends of Ireland can hope for is that the revolt will speedily be forgotten. Its moving spirits were young dreamers and writers who rushed to the sacrifice with a Sophocles in one hand and a rifle in the other. If the English are wise, they will not execute the captured rebels, but treat them as amiable and pathetic lunatics mostly in need of restraint and care.