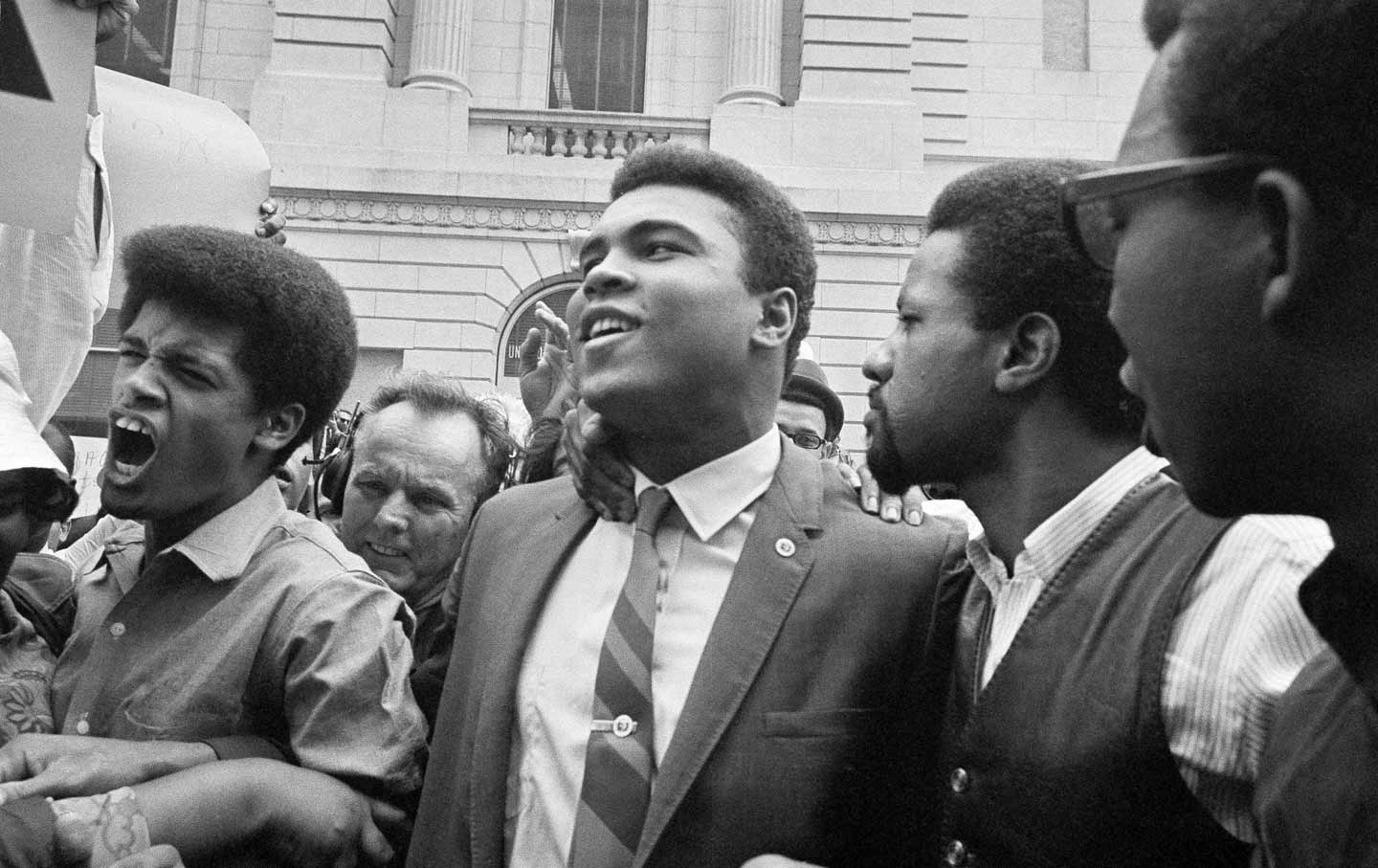 Muhammad Ali leaves the Armed Forces induction center in Houston with his entourage after refusing to be drafted into the US military, April 28, 1967. (AP Photo)

This week we speak to the director of the Academy Award–winning film Training Day, Antoine Fuqua, about his new HBO documentary, What’s My Name | Muhammad Ali, about the life of the icon. The film is produced by LeBron James and premieres May 14.

We also have “Choice Words” for Donald Trump’s new Fed nominee, who uses sports to spew vile sexism. We also have “Just Stand Up” and “Just Sit Down” Awards: for DC-area folks who successfully organized to extend Coach Fofo’s stay after he faced deportation; and San Francisco’s top draft pick, Nick Bosa. All this and more on this week’s show!