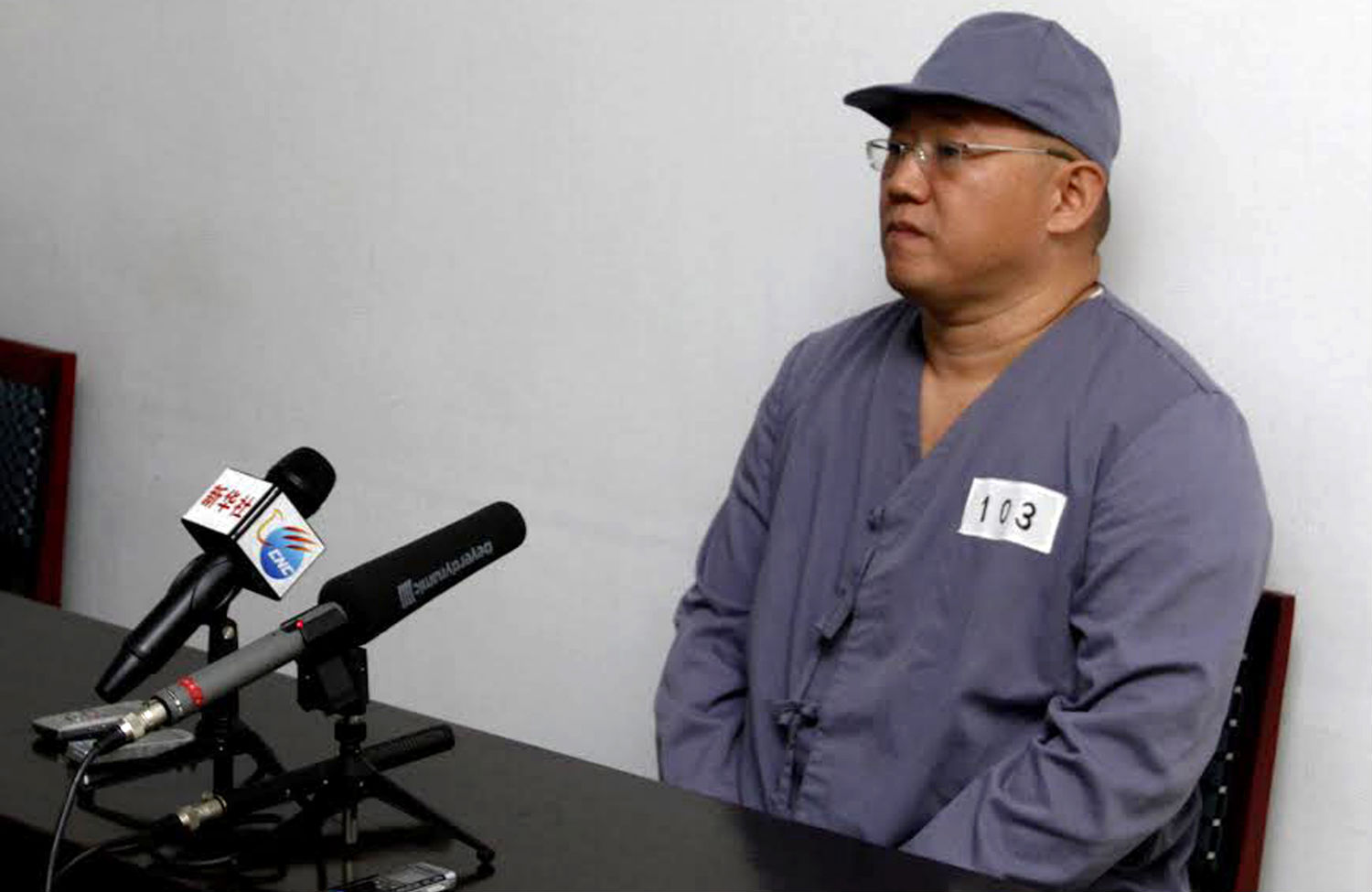 American citizen Kenneth Bae was arrested in November 2012 in Rason, North Korea. In April 2013, having been convicted of spreading religious material in North Korea, he was sentenced to fifteen years in a labor camp for the crime of planning to overthrow the North Korean government. He has now been in prison for fifteen months. Due to poor health, he had been serving his time in a hospital; earlier this month he was moved back to prison camp.

Since Kenneth’s arrest and imprisonment, his family has been desperately trying to free him. Kenneth Bae is the longest serving United States prisoner in North Korea. His family is appealing to the North Korean government to release him on humanitarian grounds.

Efforts to seek Bae’s release have thus far been unproductive. South Korea feels threatened by North Korea’s missiles and North Korea does not like the joint US and South Korean military exercises. Because of this cycle, neither wants to give in to the other. Finally, the public, the community and the government are crying out for Bae’s release; Dennis Rodman’s statements illuminated the plight of Kenneth Bae by bringing it into the mainstream media.

Kenneth Bae and his family are holding fast to their Christian faith during this ordeal. But the lack of public support up till now has made this trying experience even more painful and challenging.

The inadequate outcry on Kenneth’s behalf may be another example of how Asian-Americans get pushed aside and remain marginalized—outside of dominant American society. Because Asian-Americans are labeled as “honorific whites,” issues related to their civil rights are often ignored or glazed over as a non-civil rights issue. If Asian-Americans are understood as whites, violations of their civil rights are no longer viewed as bias-motived and do not receive the “hate crime” qualifier and the attention that could bring. Perhaps this “honorific white” category is at play in the case of Kenneth Bae.

Furthermore, with our attention focused on the Middle East and open violence in many countries in the world, we forget that conflict still simmers on the Korean peninsula. Kenneth Bae’s case was off the radar of US news outlets until Dennis Rodman, through basketball diplomacy, shed light on his plight. Through crisis, there is an opportunity to restore unity and liberty by resolving such injustices. The more the State Department agrees to engage in conversation with North Korea, the more likely it is that such problems will be addressed.

Kenneth Bae reminds us that every life matters. Kenneth matters to us. His imprisonment reminds us that none of us can feel free as long as Kenneth is not free. As we pursue his freedom, talking with the North Korean government, our government and the Bae relatives, we anticipate his release.

Kenneth Bae’s case is about reconciliation. It symbolizes the need to reduce tension between nations. Our history reminds us that diplomacy between the United States and North Korea often takes place through unofficial channels, such as by former presidents Bill Clinton and Jimmy Carter. Such experiences show how concerns need to catch the attention of powerful forces outside the government before they are addressed. We need sincere, humble diplomacy rather than threatening military actions.

The Allied victory over Japan in WWII resulted in the end of Japan’s occupation of Korea but also led to the division of the peninsula into two countries. The Korean War from 1950-1953 kept the two Koreas separated at the 38th parallel. The peninsula remains divided today with few signs that the division can be dismantled.

This crisis could be an opportunity to open doors. We cannot underestimate the role of Dennis Rodman and basketball. Who would have thought that the Harlem Globetrotters in the Soviet Union, and Ping-Pong in China would open doors for communication? The important thing is not to desecrate exchange, but to involve cultural exchange.

As world leaders, diplomats, and politicians engage in attempting to free Kenneth Bae, they must remember that his freedom is one of two goals. The other goal, ongoing after his release, is to establish connections, grow friendships, and create mutual understanding among people that allow nations and peoples to live together in justice and in peace.