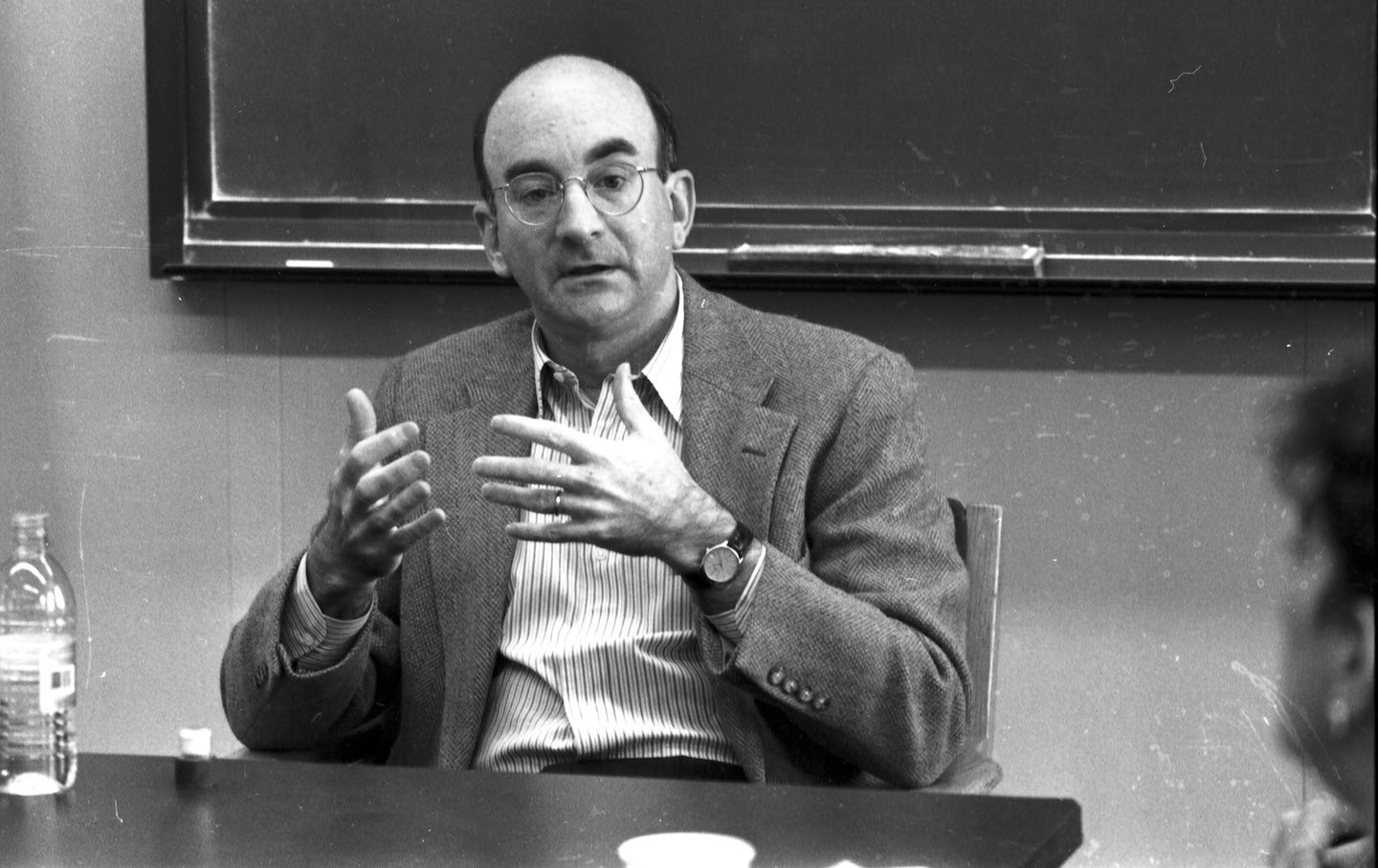 Alan Brinkley, who died on June 16 at the age of 70, was one of the most influential historians of his generation and a public intellectual whose writings helped to shape our understanding of modern American politics. His books are models of historical scholarship, written in a wonderfully accessible style. And, to employ a much-abused word, they are remarkably relevant. His central preoccupations—the strengths, limits, and vulnerabilities of the 20th-century American liberal tradition; the challenges to it, both internal and external; the connections between popular movements and political leadership; and the enduring legacies of the New Deal—are at the center of debate today.

The son of the prominent television newscaster David Brinkley, Alan Brinkley grew up in Washington in a household immersed in national politics. His first book, Voices of Protest, examined the 1930s careers of the popular demagogues Huey Long and Father Charles E. Coughlin. A winner of the National Book Award, it reflected his enduring interest in how modern communications media—in the case of Long and Coughlin, the radio—revolutionized the circulation of political ideas. He returned to this theme in his biography of Henry Luce, the founder of Time, Life, and other mass-circulation magazines.

In The End of Reform, Brinkley offered a pioneering account of how New Deal liberalism shifted in the late 1930s from a commitment to regulating and restructuring modern capitalism to acceptance of the corporate economy coupled with the hope that the fruits of economic growth stimulated by government spending would be widely shared.

He also wrote sparkling brief biographies of Franklin D. Roosevelt and John F. Kennedy and published an excellent collection of essays, Liberalism and Its Discontents, which explored the tensions within the liberal tradition. Interestingly, perhaps Brinkley’s most influential article in a scholarly journal is not directly about liberalism at all. “The Problem of American Conservatism,” published in 1994 in The American Historical Review, launched a cottage industry dedicated to exploring the rise of conservative thought and politics since the 1960s to which a good number of his graduate students contributed.

Another of Brinkley’s signal contributions was an American history textbook, which in various versions has brought his historical perspective to hundreds of thousands of high school and college students throughout the country. I should note that I was his competitor in this corner of the publishing world, but it was typical of his generosity that when I began writing my textbook, he freely offered advice on all aspects of the project. (One little-known feature of this world is that teachers who assign textbooks are known to the publishers as users—so there are Brinkley users and Foner users, which sounds vaguely illicit.)

Brinkley was a legendary teacher who regularly filled large lecture halls and was an accomplished mentor of graduate students, many of whom have gone on to make their own mark in the historical profession. While most of the dissertations he supervised dealt with political history, broadly defined, he made no effort to produce a school of followers or to force students into a mold. What united his work with theirs is a concern with the history of political culture, political ideas, and the intersections of politics and society. These are the characteristic elements of what might be called the traditional Columbia approach to history, most prominently associated with Richard Hofstadter, a historian Brinkley closely resembled in approach, literary style, and public impact. Like Hofstadter, in his essays in The New York Times, The New Republic, The New York Review of Books, and other venues, Brinkley brought up-to-date history to a broad public.

For many years, our offices were across the hall from each other in Columbia’s Fayerweather Hall, and I vividly recall seeing long lines of students, undergraduate and graduate, waiting to see him, noting how much time he spent with each one and how inspired they seemed when they emerged. After they would all depart, Brinkley and I would frequently sit in one of our offices and chat about history, politics, the Yankees, or other weighty subjects. Partly thanks to his long marriage to the accomplished theater and television producer Evangeline Morphos, he was very knowledgeable about contemporary culture, from opera to lowbrow TV, and he was also an avid sports fan. When I bought my first iPhone and asked him what apps I needed to download, he immediately responded that ESPN was essential so that I could keep up with baseball scores. Sadly, those conversations came to an end when he became Columbia’s provost and moved to Low Library, headquarters of the administration.

Brinkley was a person of admirable modesty—not a universal quality among those who have achieved academic success. His lack of self-importance was reflected in his writing: eloquent and clear but often understated. He did not make grandiose claims about all of American history or trumpet the originality of his arguments. Sometimes, in fact, this quality may lead readers to underestimate the analytical power of his work.

In his presidential address to the American Historical Association in 1901, Charles Francis Adams noted that the level of our political discourse was not “so high” that it could not be improved by the addition of a historical perspective. This is even truer today than it was then. With our democracy in crisis, it would benefit all Americans to become familiar with Brinkley’s historical writings.

This essay is a revised version of the introduction to Alan Brinkley: A Life in History, edited by David Greenberg, Moshik Temkin, and Mason Williams, a book of essays published this year.