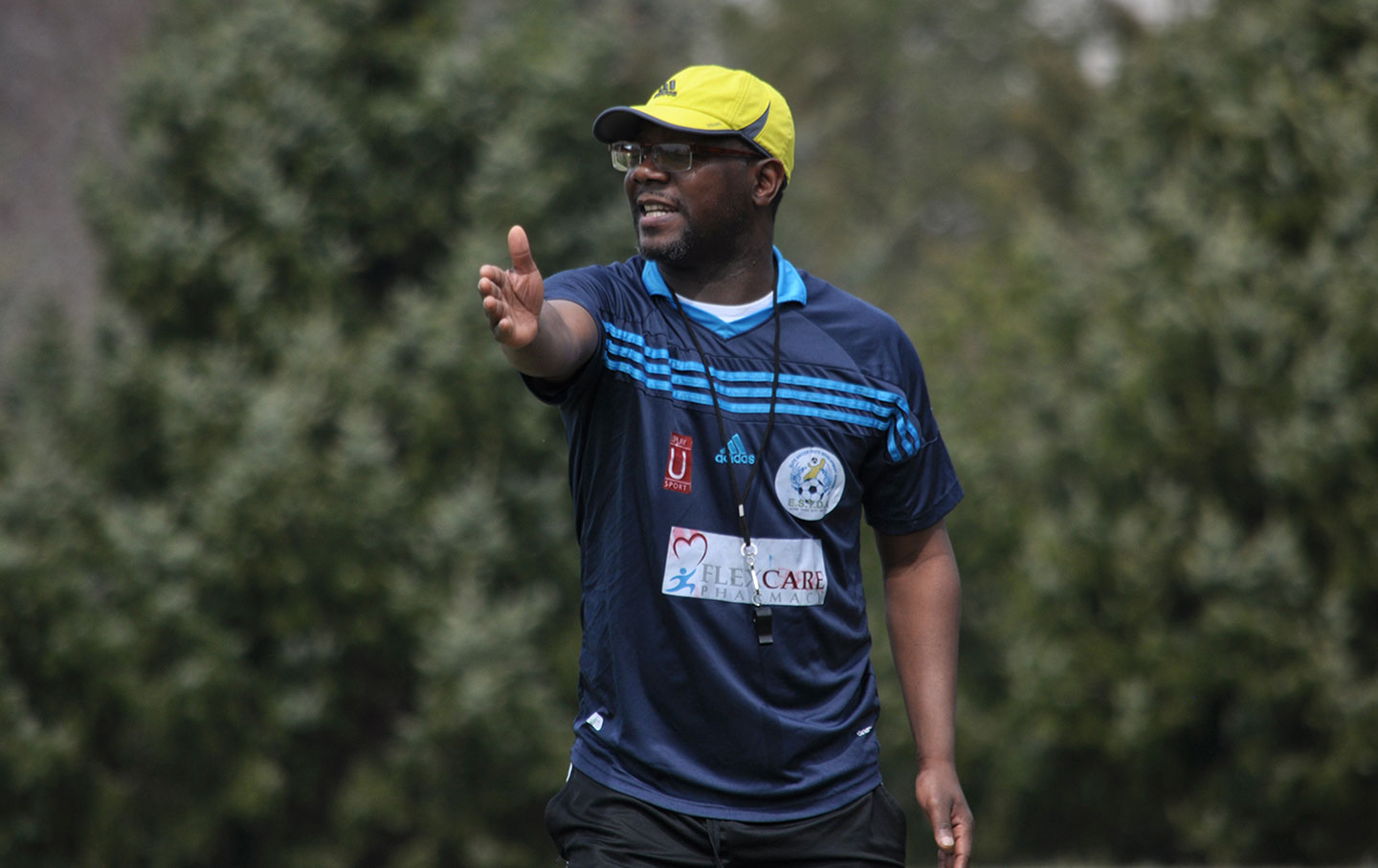 Agbegnigan Amouzou, or Coach Fofo, is the head coach of the Elite Soccer Youth Development Academy in Maryland. (Courtesy of ESYDA)

EDITOR’S NOTE: April 23 Update: CASA has informed The Nation that Coach Agbegnigan “Fofo” Amouzou has been granted six more months in the US by ICE. “We owe this victory to the power of people’s mobilization; when community members work together we achieve great things,” they wrote. “However, this is not the end of his fight by any means. Coach Fofo still faces imminent deportation and CASA will continue to argue as strong a case as possible to allow the beloved soccer coach to remain in the US alongside his wife and teenage son ahead of his newly rescheduled ICE check-in on October 28, 2019.”

His name is Agbegnigan Amouzou, but he is known throughout Montgomery and Prince George’s County suburbs as Coach Fofo. This extraordinary, much-lauded youth-soccer coach has worked with hundreds of young people throughout the DC area, many of whom find in Coach Fofo a source of stability and strength in their otherwise chaotic and turbulent lives.

Coach Fofo founded the Elite Soccer Youth Development Academy for students ranging in age from 5–19. It is more than just a soccer program. Under Coach Fofo’s leadership, Elite Soccer mentors young people and helps guide them through what they have to face both in school and in the streets after school. As a former member of Togo’s national soccer team, Coach Fofo has credibility with his young players. As someone who has worked in the Prince George’s County public-school system for 15 years, he knows how to reach students and change their lives beyond the soccer field.

But after living in the United States for almost 20 years, he is now facing deportation back to his native Togo. He has been informed that he needs to go see ICE on April 29. Coach Fofo has a 15-year-old son who is an American citizen and a wife who was granted asylum after fleeing violence in Togo. He could be ripped from his family and community.

As Nick Katz, legal manager at CASA, which is helping him fight any potential deportation, said to The Nation: “Fofo has devoted the last two decades to uniting and empowering a diverse group of kids—teaching them the core principles of community through soccer, and focusing particularly on supporting those from low-income backgrounds and those with special needs. Fofo’s deportation would be a devastating blow to his community, depriving generations of young people of a mentor and community pillar.”

It says a great deal that the community is rallying to his side and using sports to do so. A soccer match to raise support for Coach Fofo is taking place Thursday evening. A quickly produced online petition called Keep Coach Fofo in our community has garnered—as of this writing—800 signatures. Clergy and community members rallied outside ICE’s Baltimore office when Coach Fofo went in to present his paper work in March. Political leaders in Montgomery County, including County Executive Marc Elrich and the nine-member County Council have all signed on to letters to federal immigration officials. The council wrote, “If he is deported it would be a staggering blow to not only his family but hundreds of hard-working families whose lives he has impacted in both Montgomery and Prince George’s counties.”

In addition, Coach Fofo fears that when he returns to Togo, he could be targeted for violence for supporting organizations critical of the government. The political situation in Togo is currently very dangerous for dissenters. In late 2017, anti-government protests erupted in the tiny nation of 8 million people. The response was a brutal crackdown condemned by international human-rights organizations and governments. This is the maelstrom to which Coach Fofo would be forced to return.

The horrific situation that Coach Fofo finds himself in is a product of Trump’s draconian immigration policy, pushed forward by his white-nationalist adviser Stephen Miller. As The Washington Post reported, his “potential deportation appears in line with the immigration priorities set over the last 26 months by President Trump’s administration. Longtime undocumented immigrants who, under previous policy, were permitted to stay if they checked in and avoided criminal behavior, have increasingly been targeted for deportation.”

ICE is not commenting on why it would be such an extreme priority for them to upturn the lives of Coach Fofo and his family, put his life at risk, and strand hundreds of kids who depend upon him for mentorship in the sports world and beyond.

This entire case is a travesty. As one parent said to me, “Coach Fofo is part of the fabric of our community. ICE seems to exist to tear at that fabric and tear our community apart. It’s evil, and if we can’t stand up for this one amazing individual, then there really is no hope for any of us.”