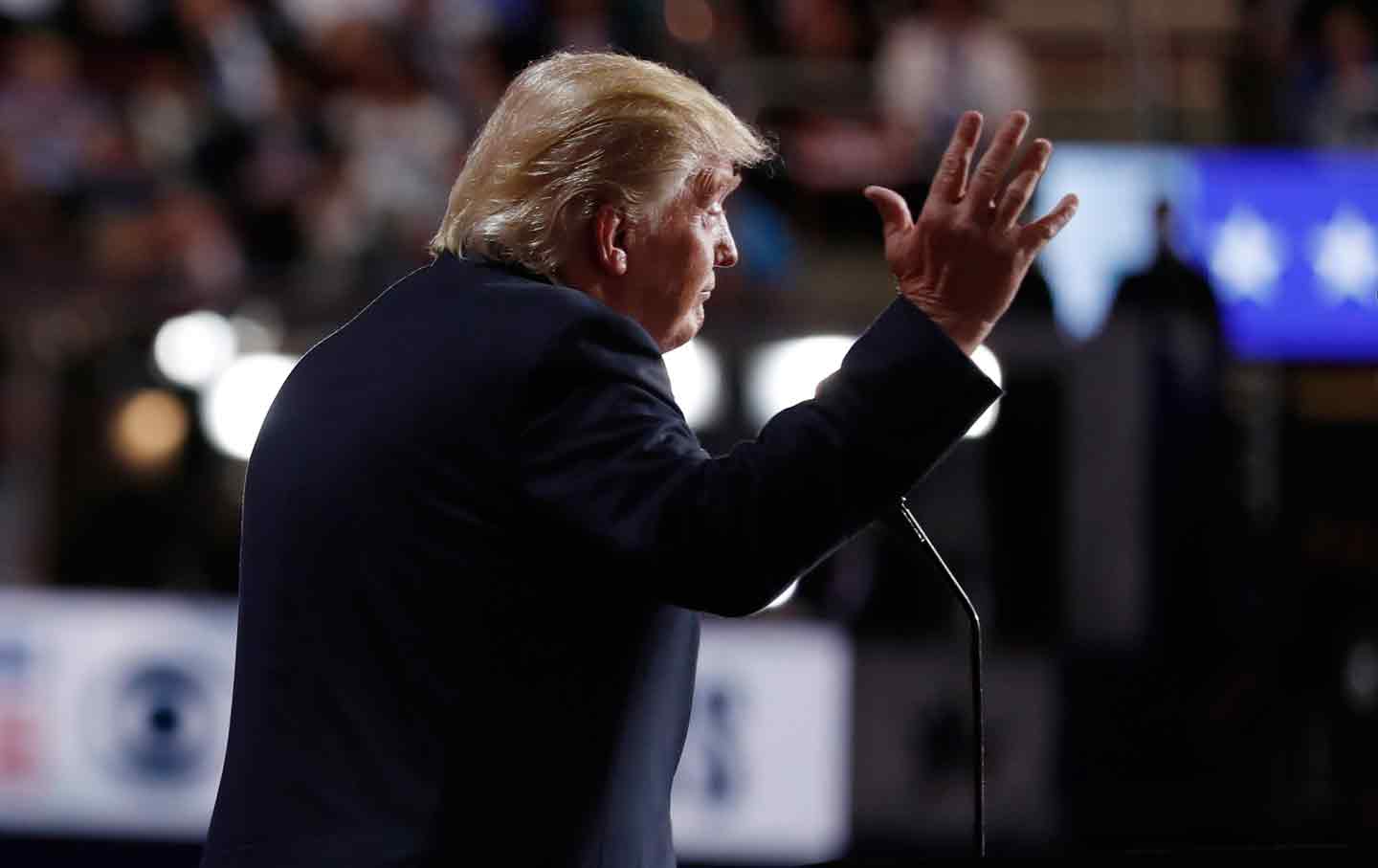 In their zeal to prevent Donald Trump from becoming president—a goal we share—representative voices of the liberal establishment have joined with the forces of neoconservatism to engage in what can only be described as McCarthyist rhetoric. This magazine, which has a long and proud history of standing up to the  worst excesses of McCarthyism, repudiates this unwelcome echo of the past. Let us recall that McCarthyism impugned the loyalty of American citizens by accusing them of allegiance to the Soviet Union. This political defamation—often a joint undertaking of Congress and the media—suppressed democratic debate over alternative policies and ideas, and in the process destroyed lives by stigmatizing those whose views were deemed insufficiently loyal to Cold War–era orthodoxies. The overall effect was to poison, chill, and censor the political discourse of the nation.

To adopt the pernicious language of McCarthyism is to turn our backs on the best traditions of our country.

While Trump himself has hardly been damaged by today’s revival of McCarthyism, the same cannot be said for our national debate. Over the past month alone, establishment voices like Franklin Foer, Paul Krugman, Jeffrey Goldberg, Josh Marshall, and Jonathan Chait, among others, have Kremlin-baited Trump in lieu of reasoned argument and factual critique. On July 21, The Atlantic’s Goldberg informed readers that “The Republican nominee for president, Donald J. Trump, has chosen this week to unmask himself as a de facto agent of Russian President Vladimir Putin.” Krugman followed this up on July 22 by asking in The New York Times: “If elected, would Donald Trump be Vladimir Putin’s man in the White House?” Krugman then answered his own baseless question: “Mr. Trump would, in office, actually follow a pro-Putin foreign policy, at the expense of America’s allies and her own self-interest.”

The idea that Trump is some kind of Manchurian candidate first took root thanks to a mistranslation of a remark by Putin, which was misconstrued as high praise for Trump by the media—and by Trump himself. To be sure, the GOP candidate has suggested that he may pursue a policy of détente with Russia. He also, in our view wisely, threw out a reckless plank in the Republican platform that pledged to further arm Kiev. But Trump is only following the lead of the current administration. Should we assert seditious links between President Obama’s policy and the Kremlin?

This neo-McCarthyism now threatens to derail a vital debate over the substance of the 20,000-plus e-mails, made public by WikiLeaks on July 22, that reveal the purportedly neutral Democratic National Committee’s derision and contempt for Senator Bernie Sanders’s campaign—as well as several aborted attempts to tip the scales against him. While the FBI has launched an investigation, as of press time, nobody has conclusively proven who hacked into the DNC’s network, much less demonstrated what their motives were. But that didn’t stop Clinton campaign manager Robby Mook from appearing on CNN on July 24 to allege that Russia was behind the hack. “Sources are saying the Russians are releasing these e-mails for the purpose of actually helping Donald Trump,” said Mook. To no one’s great surprise, he neglected to tell CNN who his sources were. Nevertheless, liberal-media elites have joined with the Clinton campaign in promoting the narrative of a devious Russian cyber-attack, which Fairness and Accuracy in Reporting’s Adam Johnson correctly points out “is being used to outweigh the damning substance of the leak itself.”

Yes, DNC chair Debbie Wasserman Schultz resigned over the scandal, but a fuller accounting is required—and so is reforming the rules governing the party’s primary elections. The Nation calls on liberals to focus on these issues, to undertake a serious conversation about US-Russia relations, and to reject the cheap neo-McCarthyism that undermines these efforts. No one wishes to defeat Donald Trump more than The Nation. But to adopt the pernicious language of McCarthyism is to turn our backs on the best traditions of our country in favor of the worst.