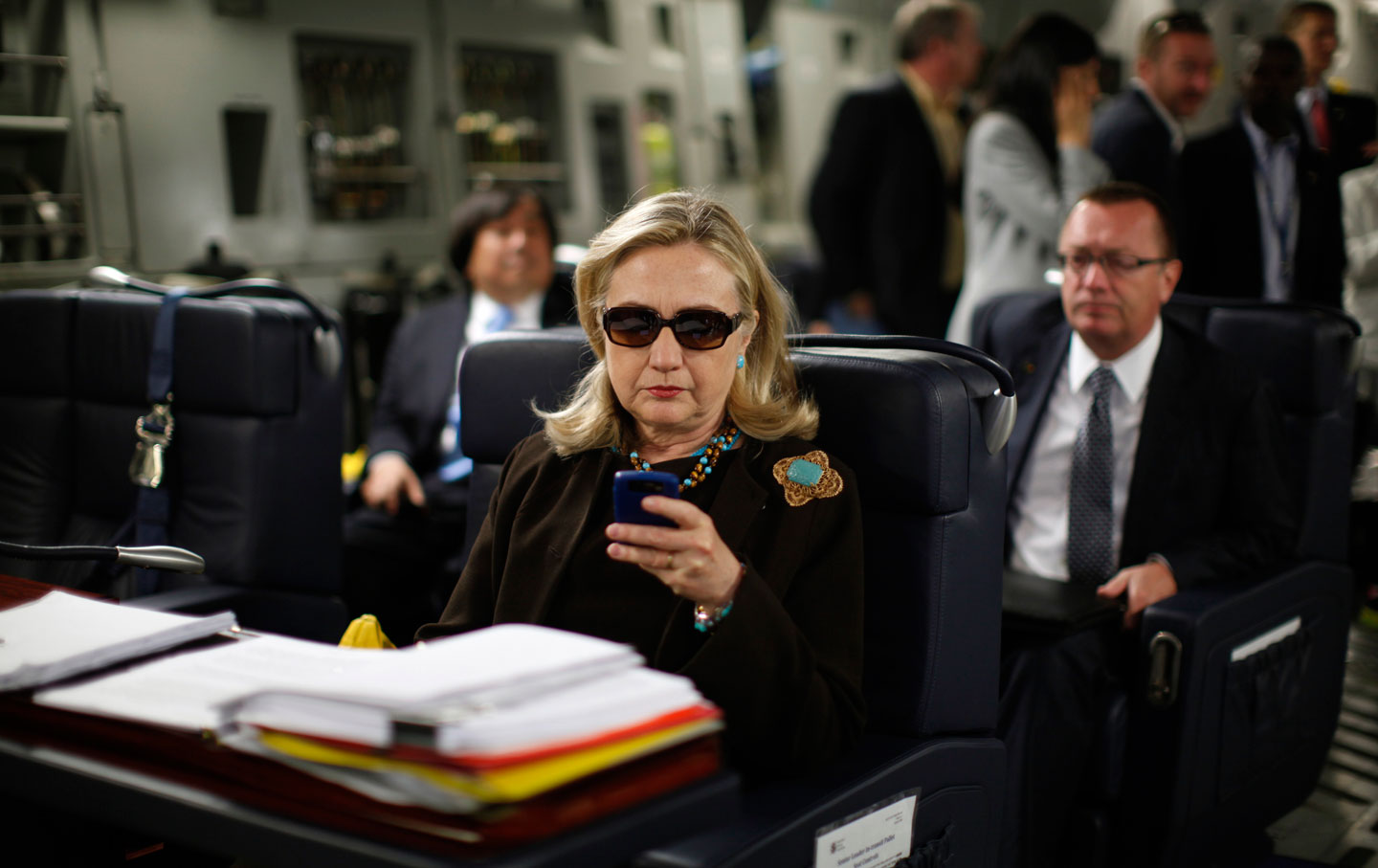 Recent revelations that, during her tenure as secretary of state, ­Hillary Clinton maintained a private e-mail server separate from the State Department’s official one raise a question that transcends the current debate over whether she compromised national security: Was the former secretary’s decision exceptional, or did it reflect what had been (and conceivably remains) the practice of senior White House and intelligence-agency officials to preclude, or at least minimize, the exposure of controversial, even illegal policy decisions?

Clinton’s reliance on a private e-mail account ensured that, because her communications were not logged into the State Department’s records system, she alone could determine which of them would be destroyed and which would be saved. A further issue involves the inadvertent discovery of her actions—that is, as the by-product of Congress’s narrow inquiry into the Benghazi matter. This inadvertent revelation raises an additional query: Did other senior administration and intelligence officials, unwilling to rely solely on classification restrictions, devise special procedures to prevent the discovery of their actions? For, as we belatedly learned through the congressional investigations of the 1970s and ’80s and the release of records in response to Freedom of Information Act requests, senior intelligence officials involved in controversial and politically sensitive operations had purposely and covertly instituted a series of separate procedures to keep and destroy records.

Dating from the early 1940s, for example, FBI director J. Edgar Hoover maintained especially sensitive records in two secret office files that were separate from the FBI’s central records system. Those records documented the FBI’s illegal investigative techniques and the collection of derogatory information on prominent Americans. Hoover also instituted a series of special records and record-destruction policies (“Do Not File,” “June Mail,” and blue, pink, or informal memorandums), and he authorized senior FBI officials to regularly purge the contents of their own secret office files.

In 1973, responding to the creation of the Senate Watergate Committee, CIA director Richard Helms ordered the destruction of all the tapes and transcripts of his office and telephone conversations. CIA officials also authorized the use of “soft files” and “privacy channels” to send (and then destroy) sensitive communications—and specifically authorized the destruction of the agency’s records on its infamous drug program, MK-ULTRA; on Chile’s Manuel Contreras (head of the country’s murderous secret police under dictator Augusto Pinochet); and on the CIA-engineered 1953 coup that overthrew President Mohammad Mossadegh in Iran.

The National Security Agency similarly created special records and record-destruction policies involving two illegal programs: Project Minaret (running from 1967 to 1973, it intercepted the international communications of anti–Vietnam War and civil-rights activists) and Project Shamrock (running from 1947 to 1975, it intercepted telegraph messages in transit to and from the United States). And Oliver North, a National Security Council aide in the Reagan administration, created a “do not log” procedure to manage communications to his boss, John Poindexter—and then, when the Iran/Contra scandal broke, destroyed those records (although North’s ignorance that the NSC computer system maintained a backup memory allowed investigators to reconstruct some of those records).

At a time when the public and Congress are exploring how the George W. Bush administration, by classifying records on national-security grounds, was able to secretly authorize the NSA’s Terrorism Surveillance Program and the CIA’s rendition and torture programs, it is equally important to explore whether the secret procedures employed in the past continue. Bush White House officials created special e-mail accounts for their communications with the Republican National Committee—and it was subsequently revealed that many of those e-mails had been destroyed or were missing. More seriously, attorneys from the Office of Professional Responsibility found, in the course of their investigation into legal rulings by Justice Department attorneys John Yoo, Patrick Philbin, and Jay Bybee, that many of their e-mails were missing and that “most of” Yoo’s and Philbin’s e-mail records covering the period from July to August 2002 “had been deleted and were not recoverable.” In addition, forewarned of Congress’s intent to convene hearings on CIA interrogation practices, agency officials in 2005 destroyed 92 videotapes of the CIA’s brutal treatment of Al Qaeda detainees Abu Zubaydah and Abd al-Rahim al-Nashiri.

These recent practices not only confirm that Hillary Clinton’s actions were not exceptional; they underscore the need for a broader examination of the US government’s practices for keeping records to ensure the effectiveness of congressional and judicial oversight.