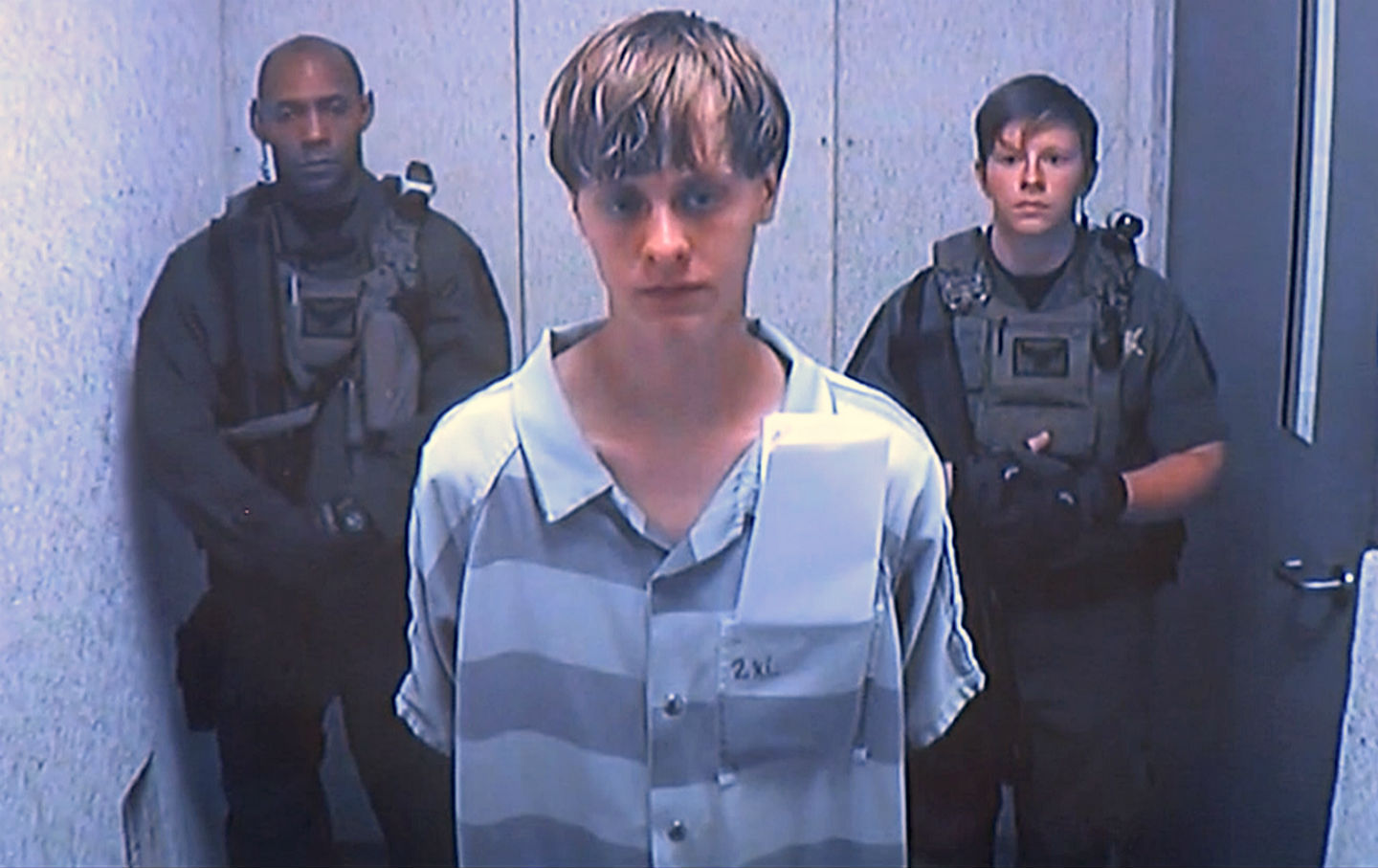 On Wednesday, January 11, white supremacist Dylann Roof was sentenced to death for the mass murder he perpetrated on June 17, 2015, taking the lives of nine innocent black parishioners at the Emanuel African Methodist Episcopal Church in Charleston, South Carolina.

Many are lauding what may feel like true justice. The atrocity Roof committed is beyond appalling. His total lack of remorse only compounds the horror. And, in a nation where all too often white killers of black people walk free, it’s understandable that some might feel a measure of satisfaction at Roof’s receiving the ultimate punishment.

And yet, I am firmly against the death penalty for Dylann Roof. It’s not a matter of Roof’s innocence or guilt—clearly, he is guilty. It’s not a question of the gravity of his crimes, or whether Roof epitomizes the “worst of the worst.” My opposition is rooted in the deep belief that as a society, we will not be better off for executing Roof. In fact, by killing Roof, we will have further endangered the very black and brown communities that Roof so brutally attacked.

Ten weeks before Roof committed mass murder, Walter Scott, an unarmed black man, was killed by police officer Michael Slager. The killing of Scott (just miles away from where Roof wreaked mayhem) illustrates the core reason I oppose the death penalty: When we grant states the right to kill its citizens, we are accepting all forms of state-sanctioned violence. Police killings, mass incarceration, surveillance, immigration raids, stop and frisk, and other methods of repressive social and racial control are part of the same destructive system in which capital punishment is the sharpest edge.

I am aware that the families of Cynthia Hurd, Susie Jackson, Ethel Lance, DePayne Middleton-Doctor, Clementa Pinckney, Tywanza Sanders, Daniel Simmons Sr., Sharonda Coleman-Singleton, and Myra Thompson (Roof’s victims) do not hold one opinion about Roof’s sentence. Some feel justice has been served, others have spoken out against the decision, and many are deeply conflicted. But having been closely connected to multiple death-penalty cases (including that of Troy Davis and Reggie Clemons), I have seen all too closely the additional harm that the death penalty inflicts on all of the families involved.

In Roof’s case, the victims’ families can expect to be continually re-traumatized as the appeals drag on. Rather than the case being closed and healing allowed to begin, the justice they were promised will take years—perhaps decades—to be delivered. And in the end, if the state is successful in putting Dylann Roof to death, I dare imagine that the families—even those who wanted this outcome—will feel the loss of their loved ones just as acutely. Perhaps most tragically, we will be continuing on a national trajectory that ensures more families will feel their pain, because executing Roof will not deter future racist murderers—it will embolden them.

Though Roof is white, the system that would kill him disproportionately targets black and brown bodies. Violence by the state, which all too often is used as a form of racial and social control, paves the way for civilians to perpetrate the same violence. If our society did not permit, for example, the police killing of Aiyana Stanley-Jones, a black 7-year-old who was killed while in her bed in Detroit, vigilante George Zimmerman may not have accosted and killed 17-year-old Trayvon Martin in Florida. Had Joseph Weekley (the officer who killed Jones) and Zimmerman been held accountable for their actions, perhaps Michael Brown, Tamir Rice, and Deborah Danner would be alive today. Perhaps Jordan Davis, shot and killed at a gas station by Michael Dunn, would be as well.

Capital punishment is the most premeditated form of state homicide and the most chilling. The precise time, place, and exact method of taking a human’s life is determined in advance, and announced for public consumption. Each moment leading up to the execution is scripted in meticulous detail. Multiple agents of the state are involved in the killing—many of whom report symptoms of post-traumatic stress in its aftermath.

This pinnacle of state violence has deep-reaching tentacles. It is no coincidence that states with the death penalty have higher rates of homicide than states without capital punishment, according to the Death Penalty Information Center. And when examining who the death penalty impacts the most severely, the same patterns emerge as when examining other forms of state violence: Black and poor people are disproportionately targeted. The violence of our state is expressed towards certain communities and citizens—and is embodied by others.