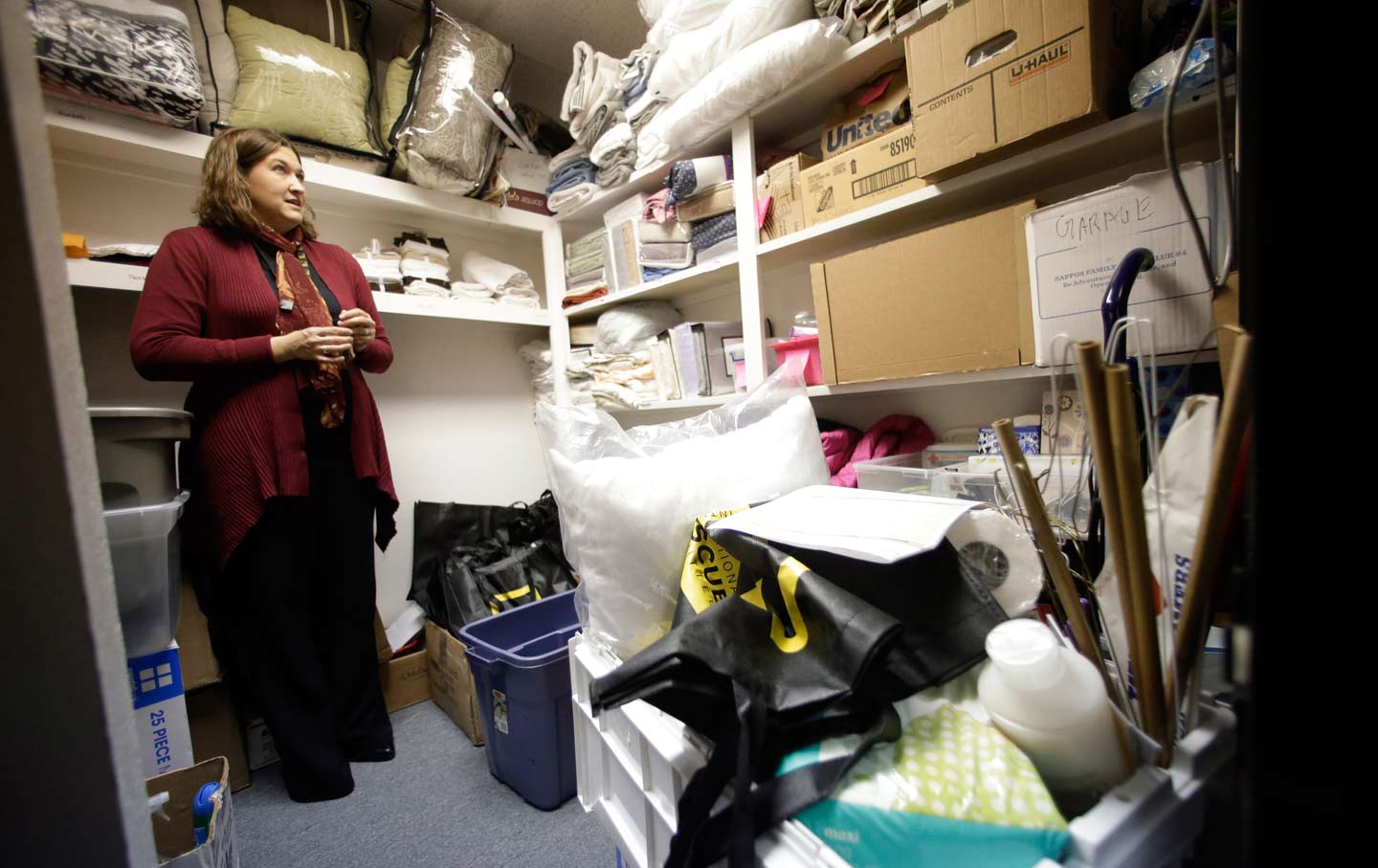 In the shadow of terror attacks in Paris and Bamako, Mali, with the world closer to a widening war thanks to Turkey’s shooting down a Russian warplane, it’s hard to approach a holiday like Thanksgiving. It’s always a little tough: Each year we celebrate a saccharine myth about the peaceful coming together of two peoples, those who lived on this continent to begin with, and those who came here, some of them refugees from religious persecution. Our nation is invested in the idea that there was one day of communion and celebration between these two peoples, because we all know how the story ends: badly, for those who lived here first.

No matter its disputed origins, Thanksgiving has become a secular national holiday that celebrates gratitude, of all kinds. That’s good for us. In this bleak month, it forced me to think hard about what, in the public sphere, I’m grateful for. One of them is the network of religious and nonprofit organizations that are trying to keep Americans true to our best ideals: those welcoming and advocating for the tragic Syrian refugees, the suffering people who have become the scapegoats of some of the ugliest political forces in our nation’s history.

Every House Republican, along with 47 spineless Democrats, voted last week to “pause” refugee admission in order to wrap more red tape around the process, making an already slow three-year path even slower, and for many, impossible. It is clearly a solution in search of a non-existent problem; refugees are the most carefully vetted of all visitors to the United States, undergoing multiple background checks against every known database for crime and terror, and interviews with UN and US immigration officials. So now the nine heroic non-profit groups that work with the State Department to settle all refugees to the US are adding to their already heavy workload the task of advocating for the scapegoated Syrians.

“We’re really in emergency mode,” said Jen Smyers, who works with the Immigration and Refugee Program at Church World Service. “We’re talking to the media nonstop. We are sending letters and petitions and making phone calls to all the governors as well as to members of Congress right now. Every voice is needed to make sure they understand just how important the resettlement program is.”

Despite the attempts of demagogues to depict the refugees as ISIS sympathizers on a sneaky three-year path to infiltrate and destroy America, most are women and children. “What the political backlash has done is build a climate of fear, and for some people it is based in Islamophobia,” Rabbi Jennie Rosenn of HIAS, formerly known as the Hebrew Immigrant Aid Society, told Religion News Service. “We’ve been very quickly mobilizing our whole network, our network of Jews, our network of communal leaders and our network of rabbis to take action.”

On the local and state level, some agencies working to resettle refugees are coming under direct attack by GOP leaders. Texas governor Greg Abbott’s Health and Human Services Commission has ordered nonprofit and religious organizations “to please discontinue…immediately” any efforts to resettle refugees from Syria, The New Republic reports. Abbott had already informed President Obama that his state wouldn’t take any future refugees, but this is the first instance of a state taking legal steps to block the resettlement—in conflict with federal laws requiring that agencies not discriminate against refugees based on religion or nationality.

Ironically, or not, some of the faith-based groups also argue that Texas Republicans are violating their religious freedom by blocking refugee aid programs they believe are required by the teachings of their religion. It will be interesting to see the party that’s nominally gung-ho on behalf of religious freedom—at least when it comes to abortion and contraception—violate its principles when the religious teachings involved have to do with charity. That’s odd, since Jesus was much more verbose about the requirement that we help the poor and the outcast than that we police one another’s sexuality. Republicans have successfully demonized nonprofit community service providers like Planned Parenthood; it will be interesting to watch them try to demonize these religious organizations, too.

These organizations are fighting against the backdrop of a Republican presidential primary campaign that keeps getting uglier, especially in the wake of the Paris and Mali attacks. “We’re going to have to do things,” Donald Trump warns, “that we never did before.” Let’s hope these groups are able to influence our political discourse, to make it less cruel and more hopeful. Next month we celebrate another holiday that commemorates a story about refugees. Maybe Christmas will make the point more clearly than Thanksgiving?