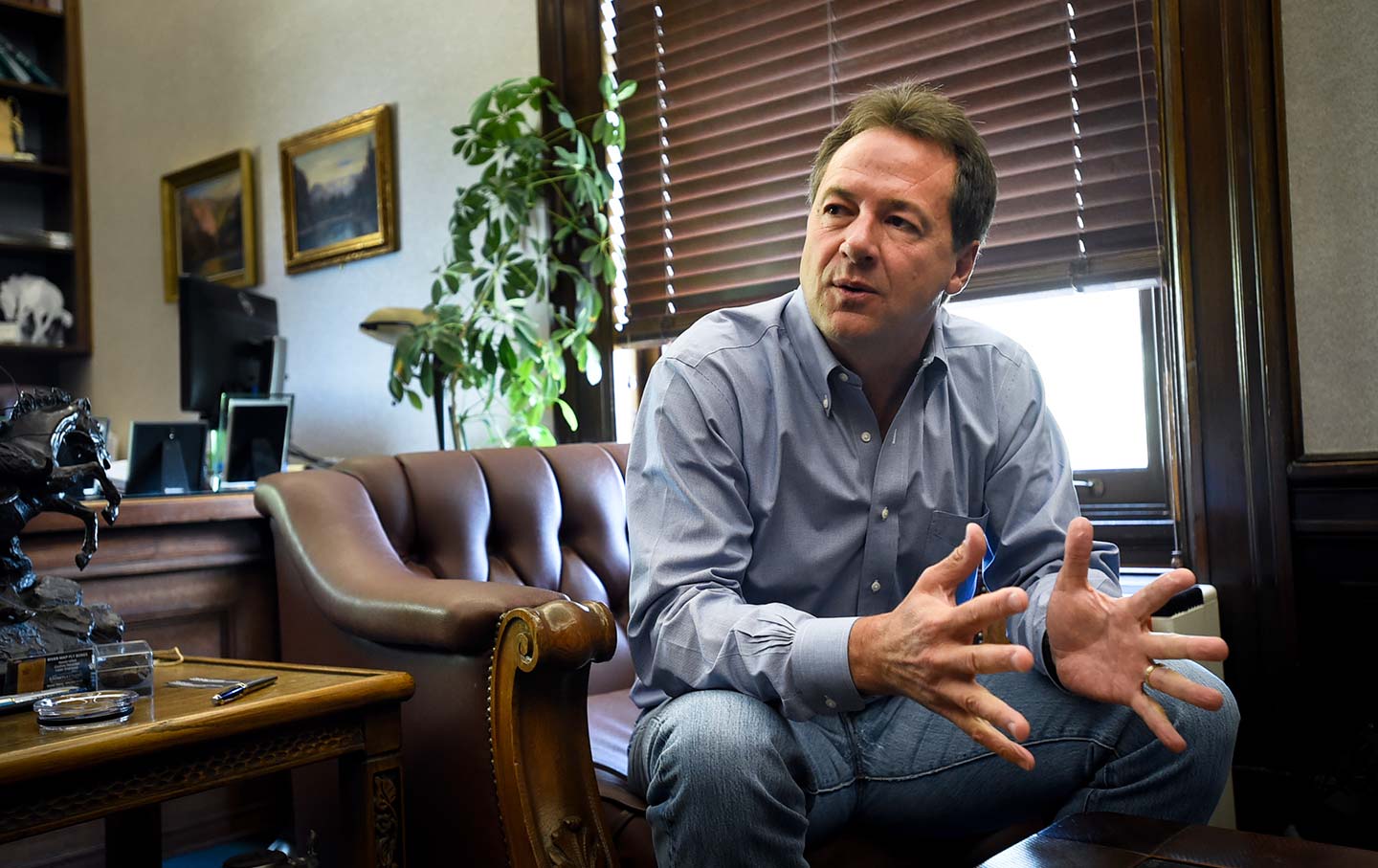 When President Trump’s Federal Communications Commission eliminated net-neutrality protections in December, members of Congress took up the arduous task of building bipartisan coalitions to support restoration of what is understood as “the First Amendment of the Internet.” Legal teams scrambled to file challenges in the courts. Activists began organizing nationwide to insure that the struggle for a free and open Internet would be a 2018 election issue.

And, in Montana, Governor Steve Bullock picked up a pen. On January 22, the Democratic governor signed an executive order requiring Internet-service providers that operate in the state to embrace net-neutrality principles in order to obtain lucrative state-government contracts. “This is a simple step states can take to preserve and protect net neutrality,” says the Montanan, who is the first governor to employ an executive order as a tool to renew net-neutrality standards.“We can’t wait for folks in Washington, DC, to come to their senses and reinstate these rules.”

Bullock, a former state attorney general who knows the law and who well understands the threat that scrapping net neutrality poses for rural regions, small towns, and small cities across America, borrowed language from the FCC commissioners to make a case for his action. “When the FCC repealed its net neutrality rules, it said consumers should choose,” he explained. “The state of Montana is one of the biggest consumers of internet services in our state. Today we’re making our choice clear: we want net neutrality. It’s good government, and our citizens who use online services rely on it.”

Bullock’s move represents a tech-savvy response to the challenge that was created when the FCC rejected appeals from consumer groups, civil-rights organizations, and democracy advocates who campaigned to “Save the Internet” by preserving net neutrality. As the governor’s office explains: “The order directs that to receive a contract from the State of Montana for providing telecommunications services, the service provider must not block lawful content, throttle, impair or degrade lawful internet traffic on the basis of internet content, engage in paid prioritization, or unreasonably interfere or disadvantage the users’ ability to select, access, and use broadband internet access service.”

Bullock, whose order goes into effect July 1, is urging other governors to join him in pushing back against the FCC. “To every governor and every legislator in every statehouse across the country, and to every small business and every Fortune 500 company that wants a free and open internet when they buy services,” he announced after signing the Montana order. “I will personally email this to you.”

That’s a serious offer. Bullock even tweeted a link to a model order, announcing that

Any city or state can do this. We made you a template: https://t.co/yYgQTWdat1 #NetNeutrality https://t.co/dz3BFiN0uN

The governor will find plenty of takers. Since the FCC’s 3-2 vote in December, legislators across the country have proposed bills, state attorneys general have stepped up, and governors (and gubernatorial candidates) have been discussing interventions at the state level to restore net neutrality. Local officials have also expressed an interest in using their own tools, including municipal broadband systems, to maintain a free and open Internet.

That’s got the telecommunications giants and their lobbyists grumbling about the challenge of dealing with different rules in different states. But they already have to navigate national, state, and local rules and regulations regarding cable and phone service, so the argument is a weak one. Besides, if a lack of uniformity is such a problem, the telecoms could do what the people want: guarantee net neutrality nationwide. That popular move might even prove to be good for business.

Unfortunately, the telecoms are notoriously shortsighted—and litigious. As such, it’s likely that there will be legal wrangling over the Montana order. Bullock and his team think they have gotten around FCC attempts to prevent state action by creating a requirement for companies that seek to contract with the state—rather than simply ordering restoration of net neutrality.

The governor’s right about that, just as he is right to act boldly on behalf of the free and open Internet that Montanans and people across the country are demanding.