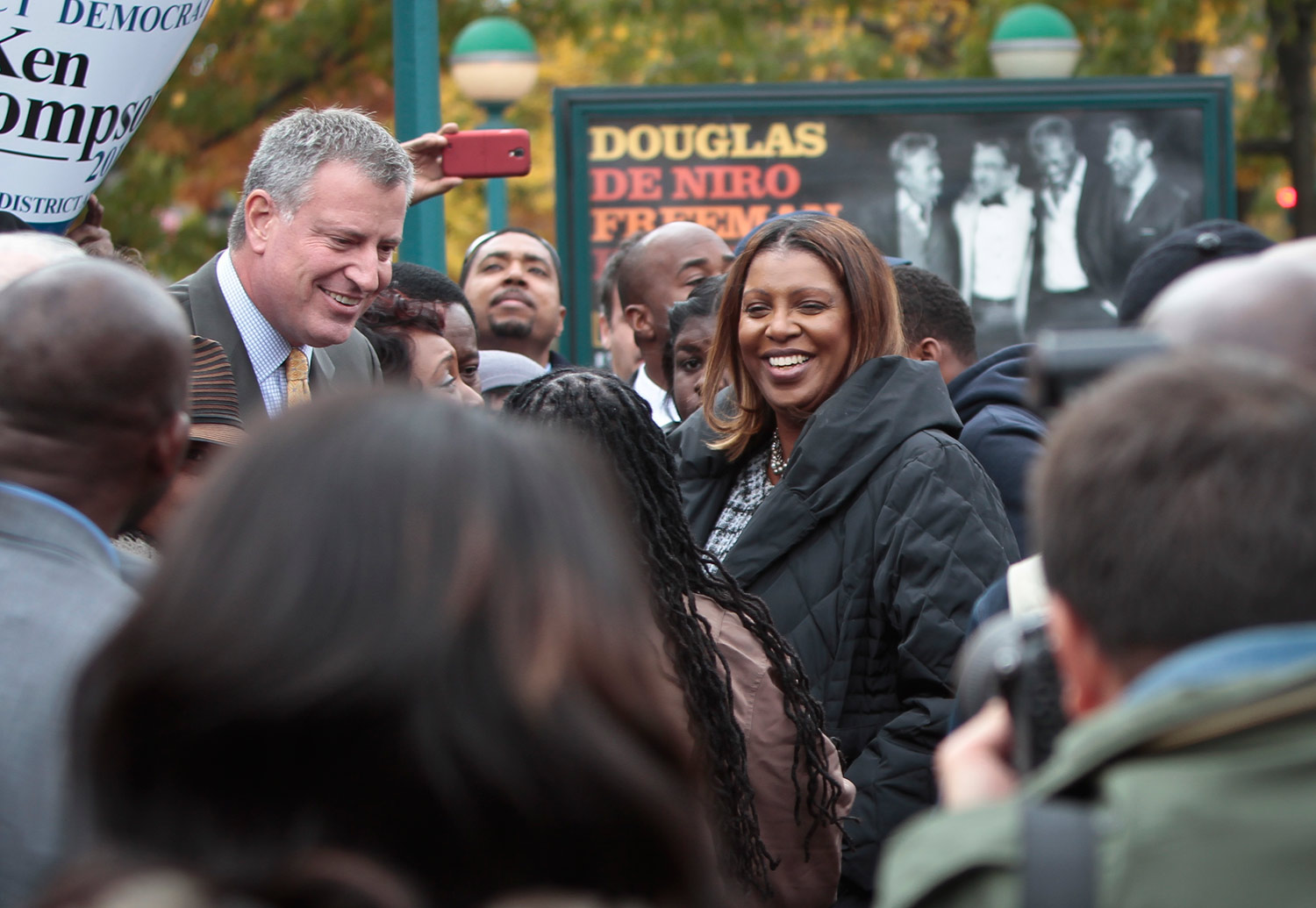 First in line of succession after the mayor, Letitia “Tish” James is New York City’s new public advocate—the city’s watchdog and ombudsman. (This was Bill de Blasio’s job before he became mayor.) A former public defender, elected to the City Council in 2003, James was a founding member of the Progressive Caucus and the first Council member to run solely on the Working Families Party line. —Laura Flanders

Laura Flanders: None of the major papers endorsed you, and The New York Times gave you quite a trashing after your inauguration, accusing you of making “a prop” of homeless 12-year-old Dasani Coates. Do you think it was media bias?

Letitia James: My inauguration, where a number of newspapers blasted me for my critique of the city, ended with hope, but they left that out. The fact is, we have 52,000 individuals who are going to sleep in our homeless shelters tonight. Most of them are families with children, and most of those children look like me: a woman of color. Bloomberg’s done good things, but he failed to listen, which is why it was important that I gave that speech at the inauguration—because I knew he could not leave. My frame of reference was the thousands of people I’ve met who feel a sense of loss in this city and want to believe that the city will once again embrace them. That’s why I held the hand of Dasani.

LF: When you were Dasani’s age, was this your vision of where you’d be now?

LJ: I had no idea I’d be the first woman of color in a citywide position. As someone who was born on assistance, whose family was once evicted, who remembers growing up living on food stamps, I wanted to make a difference. I thought I could do it in the courts, and then I decided to lean toward politics.

LF: What was the thinking behind founding the Progressive Caucus?

LJ: It was the fight over [the extension of] term limits that prompted us to form the Progressive Caucus. We made a commitment then to change the trajectory of the Council; we didn’t anticipate that in 2013 we’d be able to take over government. The Working Families Party was central at every step of the way.

LF: How do you intend to go about fulfilling your pledge to create a government “that cares more about a child going hungry than a new stadium or a new tax credit for a luxury development”?

LJ: My office is currently looking into issues related to child hunger and family homelessness. Working with both city agencies and advocates, we hope to present recommendations that have our children’s best interests in mind. Increasing and supporting existing “wraparound” services for children in our public schools is vital, as well as closing loopholes so that people don’t fall through the cracks when accessing services. Last but not least, we need affordable housing for all different economic groups, including those who were formerly homeless.

LF: Mayor de Blasio has some tricky contract negotiations coming up. You received widespread support from labor. What will be your message to the unions?

LJ: I think the unions understand the realities of the economic climate of the city. I stand with them, [but] I don’t think they’re going to the table with wild-headed expectations.

LJ: I want to see public advocates in every borough. But when [then–Public Advocate] Betsy Gotbaum stood against extending term limits to permit Bloomberg’s third term, they cut her budget almost in half. When Bill de Blasio was there, [the mayor] tried to cut it even further. Right now, the budget is de minimis. As of today, we’ve already received more than 500 complaints: people seeking assistance. I believe that city government is in violation of the charter; we have a mandate to provide certain services to the City of New York, and we cannot do it with a staff of twelve. That’s the first order of business.

LF: Who are your role models?

LJ: My role model is Shirley Chisholm [the first African-American woman elected to Congress], because she was fearless.