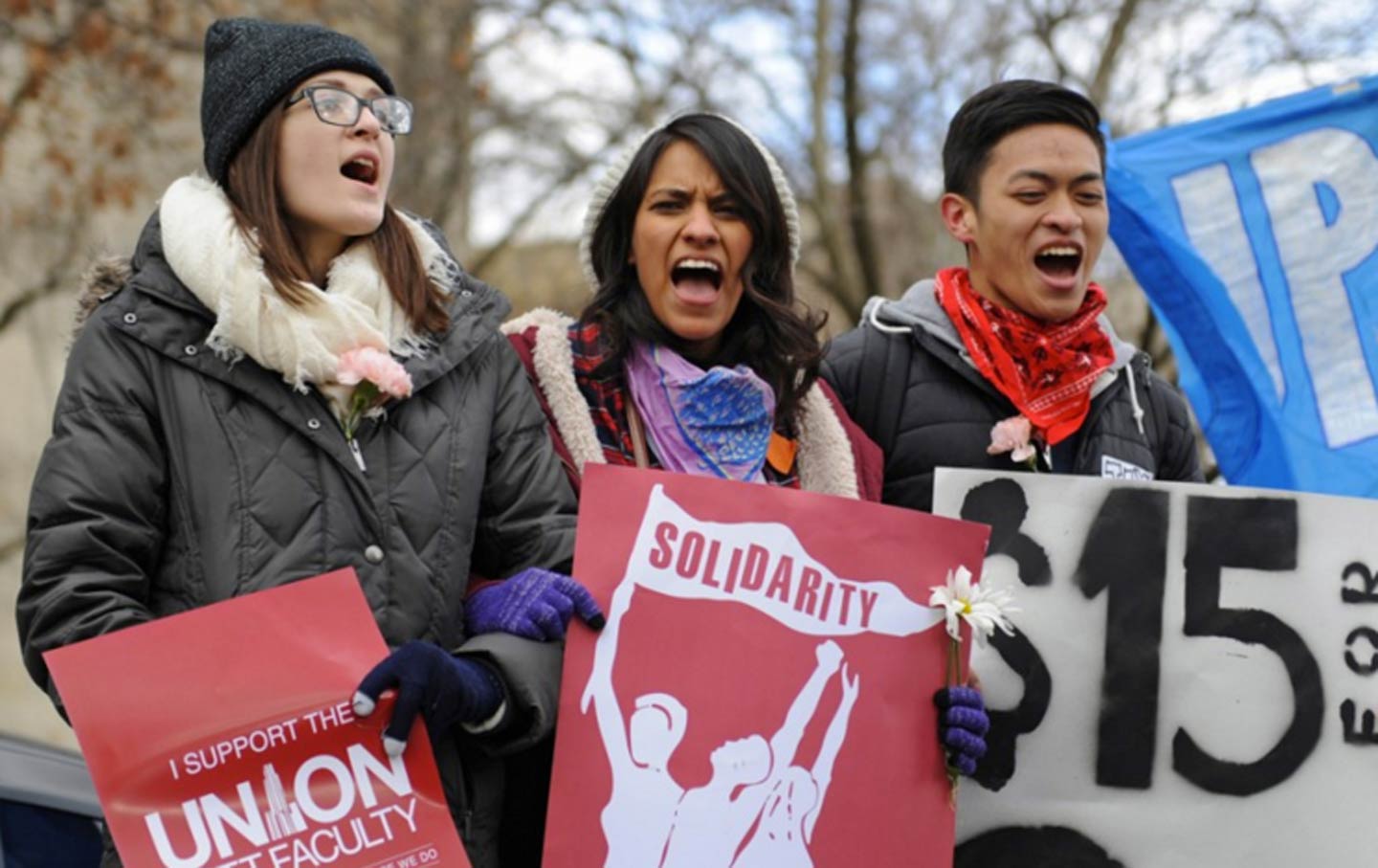 Students at the University of Pittsburgh demonstrate in support of the fight for a $15 minimum wage for student workers in March 2016. (Kate Koenig / The Pitt News)

As the new year begins, any honest progressive knows the political outlook is bleak. But if we’re going to limit the damage that President-elect Donald Trump inflicts on the country, then despair is not an option. The real question, as Democracy Alliance President Gara LaMarche recently said, “is how you fight intelligently and strategically when every house is burning down.”

Indeed, with Trump and Republicans in Congress aggressively pushing a right-wing agenda, progressives will need to invest their resources and attention where they can do the most good—both now and over the next four years. With that in mind, here are three steps to take to resist and rebuild as the Trump administration gets underway.

First, while strong national leadership is certainly important, progressives must recognize that the most significant resistance to Trump won’t take place in Washington. It’s going to happen in the streets led by grassroots activists, and in communities, city halls, and statehouses nationwide.