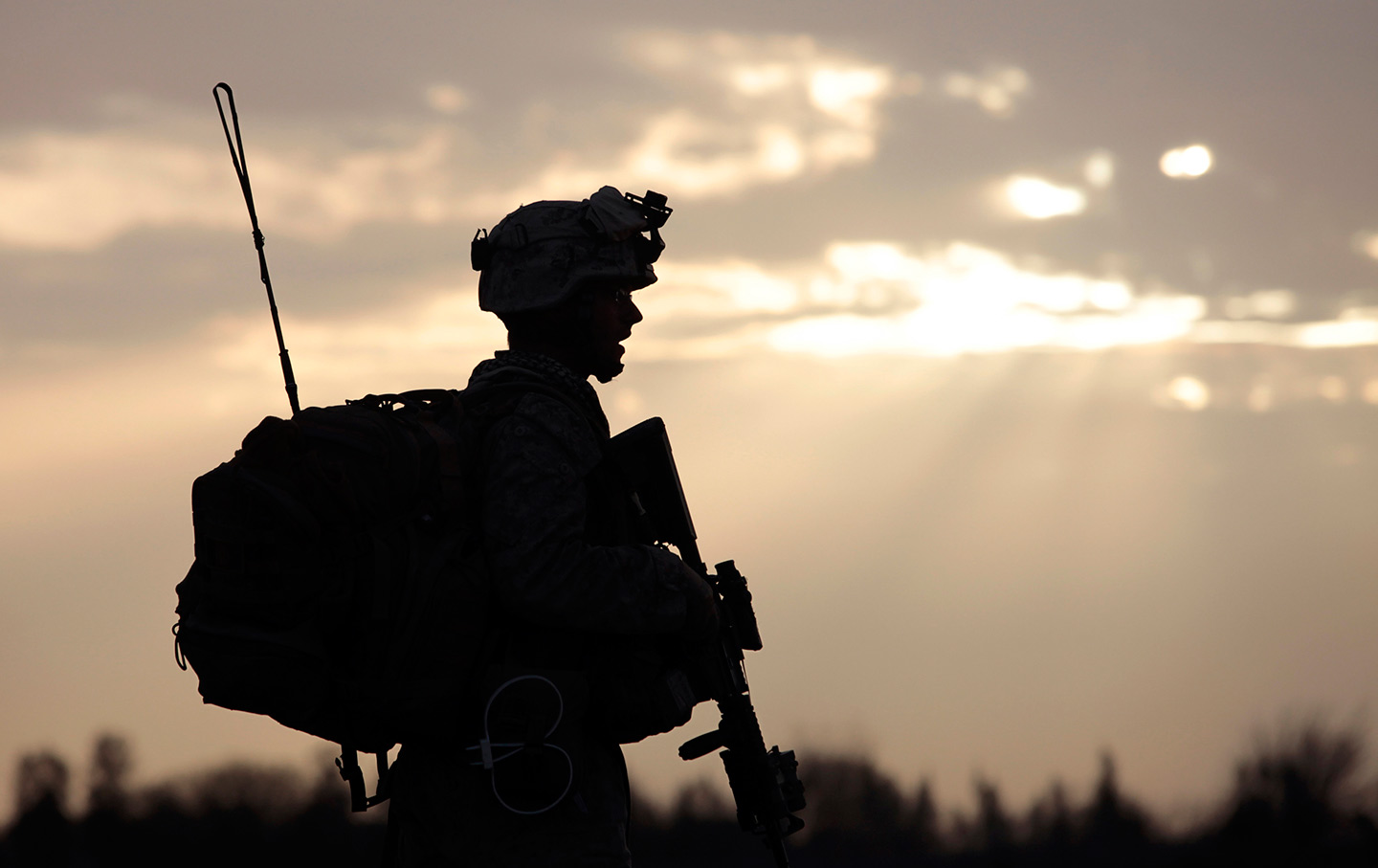 A US Marine walks through Helmand province in southern Afghanistan in 2010. (Reuters / Goran Tomasevic)

As they take the stage for the first Democratic debates of the 2020 presidential campaign, the 20 participating candidates should be ready for one frequently asked question: How will you pay for it? Democrats often pledge to finance their most ambitious plans—Medicare for All, debt-free college, a Green New Deal—with tax increases on the wealthy and corporations. That is both sensible and fair. But candidates hoping to distinguish themselves in the limited time they will be allotted should also consider taking a stand against the United States’ bloated defense budget.

This month, the House Armed Services Committee advanced a $733 billion defense budget on a mostly party-line vote. According to Defense News, the lack of Republican support for the bill illustrated “the stark divide in defense policy between the two parties.” Yet that divide is far narrower than you might think. The bill’s price tag is just $17 billion less than the $750 billion that President Trump requested; it still was, as Representative Adam Smith (D-WA) boasted, the “largest” defense budget in history. There remains a near-universal commitment in both parties to massive defense spending—a case of Washington bipartisanship that the country would be better off without.

A timely new report from the Center for International Policy’s Sustainable Defense Task Force offers an alternative path forward. In the report, “A Sustainable Defense: More Security, Less Spending,” the nonpartisan group of military and budget experts outlines a strategy that it says would save $1.2 trillion over the next 10 years without harming national-security interests. In fact, through a sober reassessment of the biggest threats to the United States in the 21st century, including climate change and cyberattacks, the proposal would keep the country safer than an outdated approach that relies on perpetual spending increases.