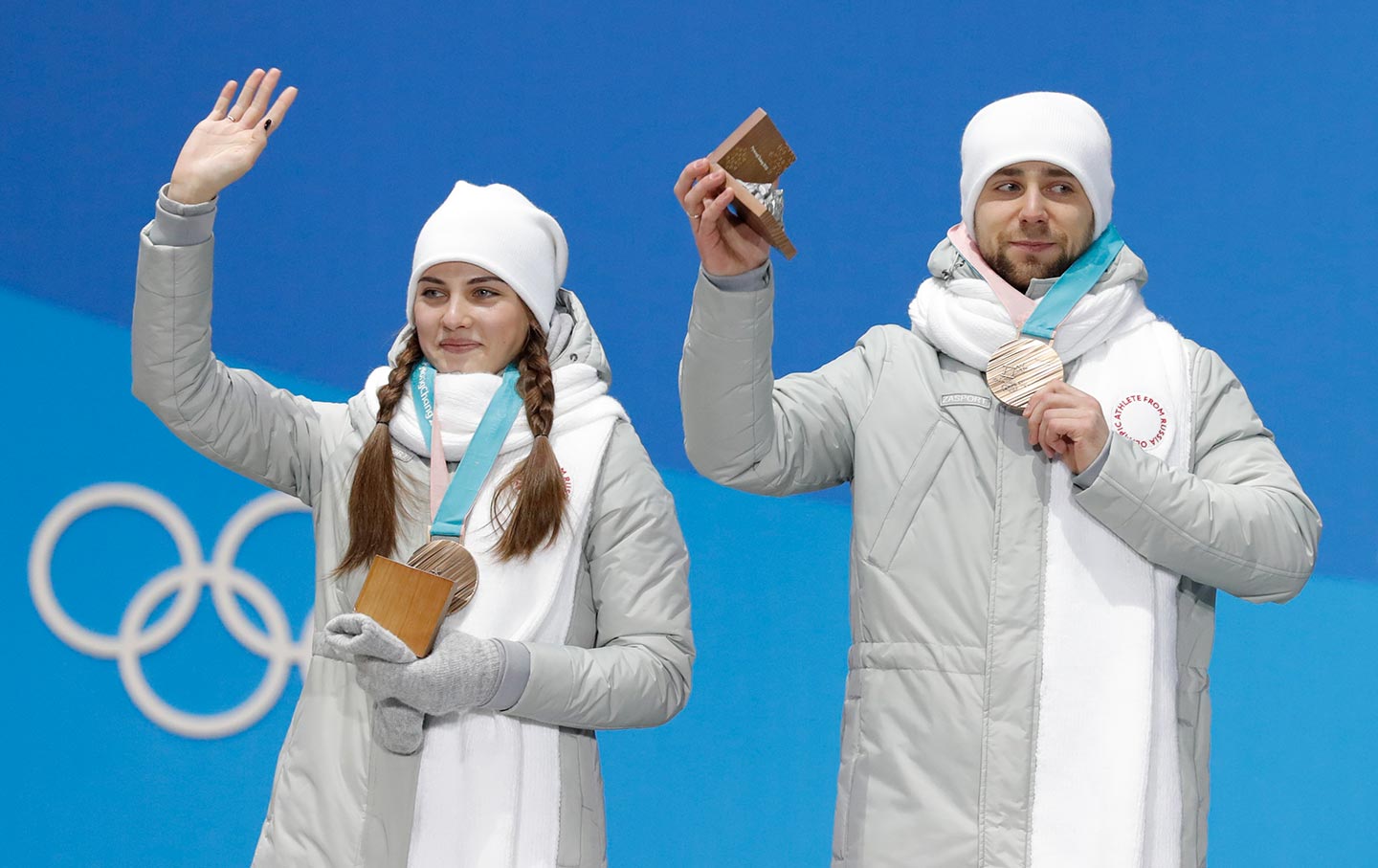 As the Pyeongchang Winter Olympics come to a close, the saga of Russia, doping, and the International Olympic Committee’s sketchy handling of the scandal continues. The latest chapter starts with a Russian bronze medalist and metastasizes into a saga involving the IOC, a mysterious four-minute birthday celebration, and the ways that, when it comes to the Olympic honchos, money conquers all. What’s glaringly apparent is that the IOC lacks a consistent moral compass.

With Russia on double secret probation for doping and its athletes unable to compete under their flag and referred to as OAR (Olympic Athletes of Russia) Russian curler Alexander Krushelnytsky was busted in Pyeongchang for using a banned substance. The case was curious for at least two reasons. First, curling? Seriously? It’s not exactly a sport we associate with PEDs. Second, he was nabbed for ingesting meldonium, a heart drug known for increasing blood flow to enhance endurance. Meldonium is best known in the sports world, and especially in Russia, after Russian tennis star Maria Sharapova was famously nabbed for using it in 2016 and received a 15-month ban. Krushelnytsky and his curling partner and wife Anastasia Bryzgalova had earned bronze, but with the failed drug test their medals have been thrown into doubt. Now also thrown into doubt is whether Russia would be able to march under their flag during the closing ceremonies as planned.

But the story gets weirder. On Wednesday IOC President Thomas Bach held a brief meeting with Igor Levitin, vice chair of the Russian Olympic Committee. When news broke of the encounter, IOC spokesperson Mark Adams insisted the meeting with the Russian Olympic powerbroker was merely “four minutes” and that Bach was there only to spread birthday cheer: “He wished him happy birthday.” Cryptically, Adams added, “They may have talked about something else in that four minutes, but I really don’t know. Let’s wait and see.”

We didn’t have to wait long. Hours after Bach and Levitin’s four-minute soirée, two things magically happened. First, the Russian curler Krushelnytsky withdrew the appeal of his positive test and promised to hand in his bronze medal. Second, Russia agreed to finally pay a lingering $15 million fine it owed the IOC for the institutionalized doping system that it ran ahead of the 2014 Winter Games in Sochi.

As a result of this payout and the quiet return of bronze, Levitin’s real birthday gift may come on Sunday, when Russia could well march in the closing ceremony wearing its own colors and have its flag waving alongside all the others.

This all seemed far-fetched after Krushelnytsky’s failed doping test, but now the possibility appears to be back in play. Originally, the ban against Russians’ participating in the closing ceremony as Russians—and not under the farcical “Olympic Athletes from Russia” banner—could be removed only if the IOC’s special three-person panel headed by Executive Board member Nicole Hoevertsz of Aruba deemed Russia to have acted in the “spirit and letter” of the stipulations set down by the IOC. Krushelnytsky’s meldonium debacle meets neither the “spirit” nor the “letter” of the sanction.

Now today’s revelation that Russian bobsledder Nadezhda Sergeeva tested positive for trimetazidine, a banned stimulant, might complicate Russia’s path toward bringing its flag to the closing ceremony. Of the four athletes who have tested positive for doping, two of them are Russian. But even this might not matter to the IOC.

To be sure, the way the IOC has treated Russian athletes is riddled with inconsistencies. As sports attorney Ronald Katz wrote in The Nation, the IOC’s approach “is an object lesson in how not to ban athletes.” The awkward, yet rarely stated reality is that, as Katz notes, “The mass ban of Russian athletes punished athletes who did not dope and who may well have resisted state-sponsored pressure to so. It seems obvious to say that evidence is important to any adjudicatory proceeding, but evidence was exactly what was missing in many cases here.” He concludes that many Russian athletes “were punished because of the happenstance of where they were born.”

Nevertheless, given recent developments, when it comes to Sunday’s closing ceremony, we shouldn’t be surprised if the IOC allows Russia to walk under its colors. Membership, and $15 million payouts, have their privileges.