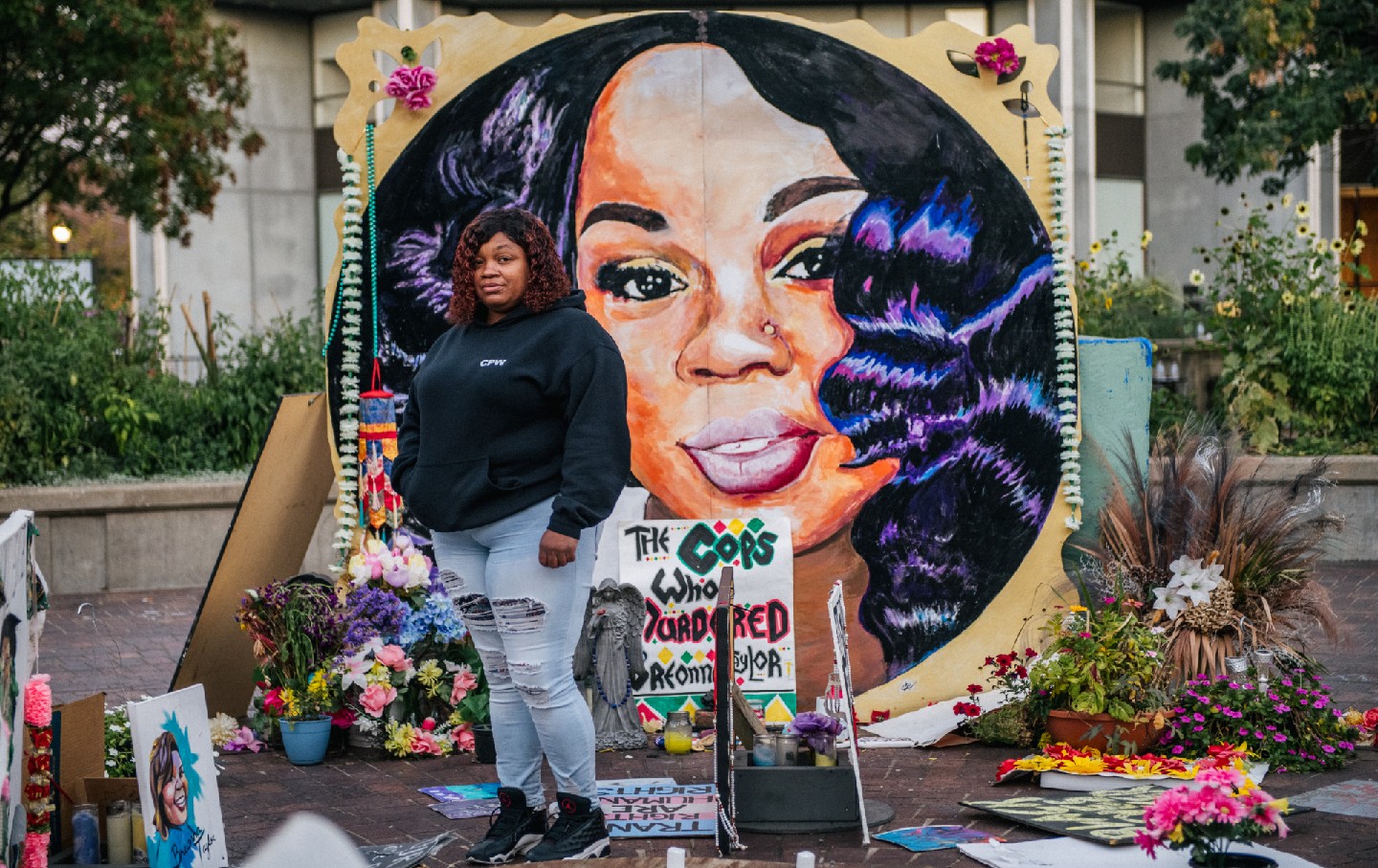 I’ve been wrestling with the devastating miscarriage of justice that has taken place in Louisville, Ky., in the case of Breonna Taylor. I’ve been rocked not merely by this obscene decision to hold no one responsible for her death, but also by the fact that Louisville is hallowed ground as the birthplace of Cassius Marcellus Clay Jr., also known as Muhammad Ali. One city is now marked by both glory and an act of unspeakable evil. In the same city that Ali called home, Taylor was murdered by the police in her bed. The people of Louisville deserve so much better.

I went to Louisville in 2016 for Ali’s funeral. I saw airport tributes to him as soon as I stepped off the plane. I watched buses pass me by with flashing signs emblazoned with his face. I visited the modest home in which he was raised. I walked the street named after him. I spoke to a right-wing taxi driver, a white guy and Vietnam vet, who said to me—and I remember his words exactly—that he loved Ali because “I didn’t agree with him, but dammit he had courage.” I heard news anchors tell us that his funeral was only Louisville’s second to ever have a city procession and day of mourning. The first, I kid you not, was Col. Sanders… as in the fried chicken. It was one hell of a sendoff for the son of a frustrated house painter and domestic worker who was raised on the segregated side of town.

I also walked Louisville for hours with those who lined the streets to pay their last tributes as Ali’s hearse rode through the city. There were thousands of people. The crowd was almost entirely Black. (I’m saying “almost” just because my pod producer Dan Bloom and I were also present.)

Experiencing this overwhelming local outpouring of love, I was reminded of the fact that Ali at the height of his fame would attend demonstrations in Louisville that were fighting redlining, segregated housing, and, yes, police brutality. He once said, speaking directly to the Black community of his hometown, “In your struggle for freedom, justice and equality I am with you. I came to Louisville because I could not remain silent while my own people, many I grew up with, many I went to school with, many my blood relatives, were being beaten, stomped and kicked in the streets simply because they want freedom, and justice and equality in housing.”

Spending the day speaking to Louisville’s people—many too young to have ever seen Ali fight—about what “the Champ” meant to them, irrevocably changed me. So many had met him over the years, and Ali would make a point through a joke, a magic trick, or an impromptu sparring session, to make the experience forever memorable. It was a reminder about the ties that bind us to the past and the history that can sustain a community through a difficult present. There was deep poverty in Louisville. Legal segregation was gone, but that meant that the Black middle and professional classes had moved out of Ali’s old neighborhood, creating more immiseration and social crisis for those on the bottom of the ladder. There was also a deep feeling that this was a place fighting to be heard. If struggle is truly the secret of joy, then I’ll repeat: It felt like hallowed ground.

Daniel Cameron, the Kentucky attorney general, has desecrated this hallowed ground. In his ambition to remain a Republican rising star, mentored by McConnell and beloved by Trump, he chose his career over justice and made the decision to use Breonna Taylor’s body as a stepping stone to reach even greater heights. I know what people are saying about Daniel Cameron. I sure as hell know what Ali would have said about Daniel Cameron. But to me this is less about the color of Cameron’s skin than a naked and grotesque expression of what it takes to rise in GOP circles: You protect the cops, you blame the dead, and you assert, no matter the cost, that Black lives—particularly the lives of Black women—simply do not matter.

For the people of Louisville, Taylor’s name will be remembered as surely as Ali’s. Maybe someday people will walk Breonna Taylor Boulevard in downtown Louisville and speak her name not merely as a tragedy but as a turning point towards true justice. Cameron, if remembered at all, will be thought of likethe person who stole young Cassius Clay’s bicycle, which inspired the 12-year-old Clay to take up boxing. He will be the anonymous, ignominious cudgel of immorality whose blows didn’t put the people of Louisville down for the count but propelled them to rise off the mat.