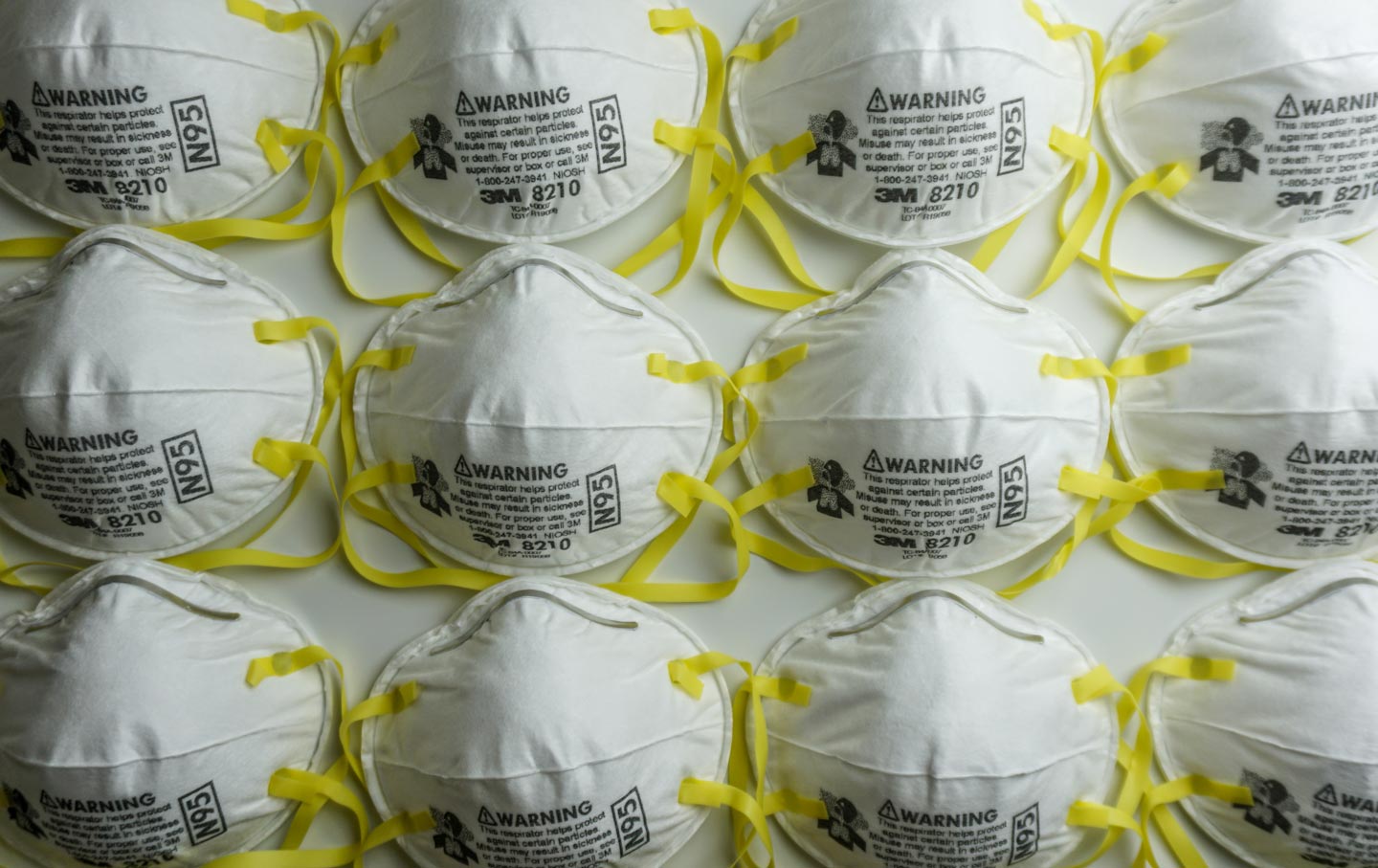 Here’s something you may not have known about The Nation: When we closed our office in New York City’s Garment District on March 17, we made every effort to make the transition to working remotely as seamless as possible, not just for our staff but for our readers and you, our subscribers—the most cherished members of the Nation family, since it is your support that allows us to keep the place running. (I was going to say “allows us to keep the lights on,” but of course the lights have been off for months.) Thanks to our resident IT wizard John Myers, our executive digital editor Anna Hiatt, and their teams, we were able to keep producing all the content on TheNation.com without a hitch.

But of course The Nation is much more than just a website. And producing a print magazine from all of our now far-flung locations—and making sure print subscribers still got their issues on time—was an extremely complex enterprise. That we were able to do it so successfully strikes me as little short of a miracle—and an immense tribute to the dedication and ability of all our staff, from the editors and writers who rose to the occasion (and to the new challenges posed not just by the pandemic but by America’s long epidemic of police brutality and racist violence); to the research, copy, design, and production teams who made sure their work met our high standards of accuracy, clarity, and elegance; to the publishing, circulation, marketing, and finance teams who made sure we still had jobs and revenue and that our writers and contributors got paid on time. All of that you may have guessed—though it still amazes me.

But what you probably didn’t notice—since we tried to maintain calm whatever the frenzy behind the scenes—is just how widely our staff dispersed once it was clear the office was likely to remain closed for months. One of our interns returned home to Hawaii but continued to work remotely. Freed of the need to pay New York rents, another headed to Iowa. Other Nation people spread out not just from Maine to Florida but as far afield as Paris, Barcelona, and, in my own case, London, where I remained from the end of March until the end of September, working New York hours (like all of our far-flung staff) but with a front-row seat to watch one of the few governments whose incompetence in the face of the pandemic rivals that of the US.

When I first got to London, the city was a few weeks behind New York on a steeply rising curve of infection and death. I fled, in other words, from the fire into the frying pan. Still, there was some comfort in being in a country with a functioning—if desperately overstressed and criminally underfunded—National Health Service. I never actually managed to see a doctor face to face the whole time I was in the UK—but then I never got very sick, either, and the few health issues that did come up were more than adequately handled via telephone consultation. However, I was also in the UK when it emerged that Dominic Cummings, a key adviser to Prime Minister Boris Johnson, had violated his own government’s guidelines and taken his Covid-19-infected wife and himself on a car journey (in their Range Rover, of course) of hundreds of miles—and then, again in violation of the guidelines, driven back to their home in London when they should have been under quarantine.

The disillusioning effect of this indisputable evidence of a double standard is hard to overstate. But on the next warm weekend, crowds of fed-up Londoners packed the park near my house, sunbathing, picnicking, and even spilling into the duck ponds to cool off. After that, as a British friend said, it was as if the whole country had decided the pandemic could be ignored. Hardly anyone in London wore masks on the streets or outdoors; pubs reopened and were soon as crowded and noisy as ever. And while most people in shops and on the trains and buses did wear masks, no effort was made to enforce mask wearing on those who chose not to.

Sadly, the virus doesn’t care that we’re fed up—with results that can be seen in the current statistics: a positivity rate of 17.5 cases per 100,000 and a sharply rising infection curve. Meanwhile, here in New York, where I arrived a few days before the first presidential debate, the CDC has described a rise in the positivity rate to 3 percent as “alarming.” Which is, of course, true—particularly for those of us who live here. Like the rest of America, and despite the often heroic dedication of the city’s doctors, nurses, and health care workers, New York has a scandalously dysfunctional public health system. Nation employees have excellent health coverage, but my plan is to do everything I can to avoid getting sick. Which means that by the time you read this, I’ll just be emerging from quarantine.

Yet even from my windows in Brooklyn, I see that nearly everyone on the streets is wearing a mask. When I returned, John F. Kennedy International Airport was deserted, and whenever I pass my neighbors in the hallways of our building, all of us are wearing masks. On first impression, at least, New Yorkers seem to be taking public health much more seriously than Londoners. Given the horrors here in the spring—refrigerated trucks parked outside Bellevue, essential workers without adequate PPE—that seems only right. But what has surprised me is the sense of community in what can sometimes seem like a city of assertive individualists. After all, most of us know that we wear masks to protect not ourselves but others—and hope that they will reciprocate. That reciprocation—whether you use the old anarchist term “mutual aid” or the socialist term “solidarity”—seems to me the bedrock of any progressive politics. And in a dark season getting darker, it strikes me as a rare and genuine source of hope.