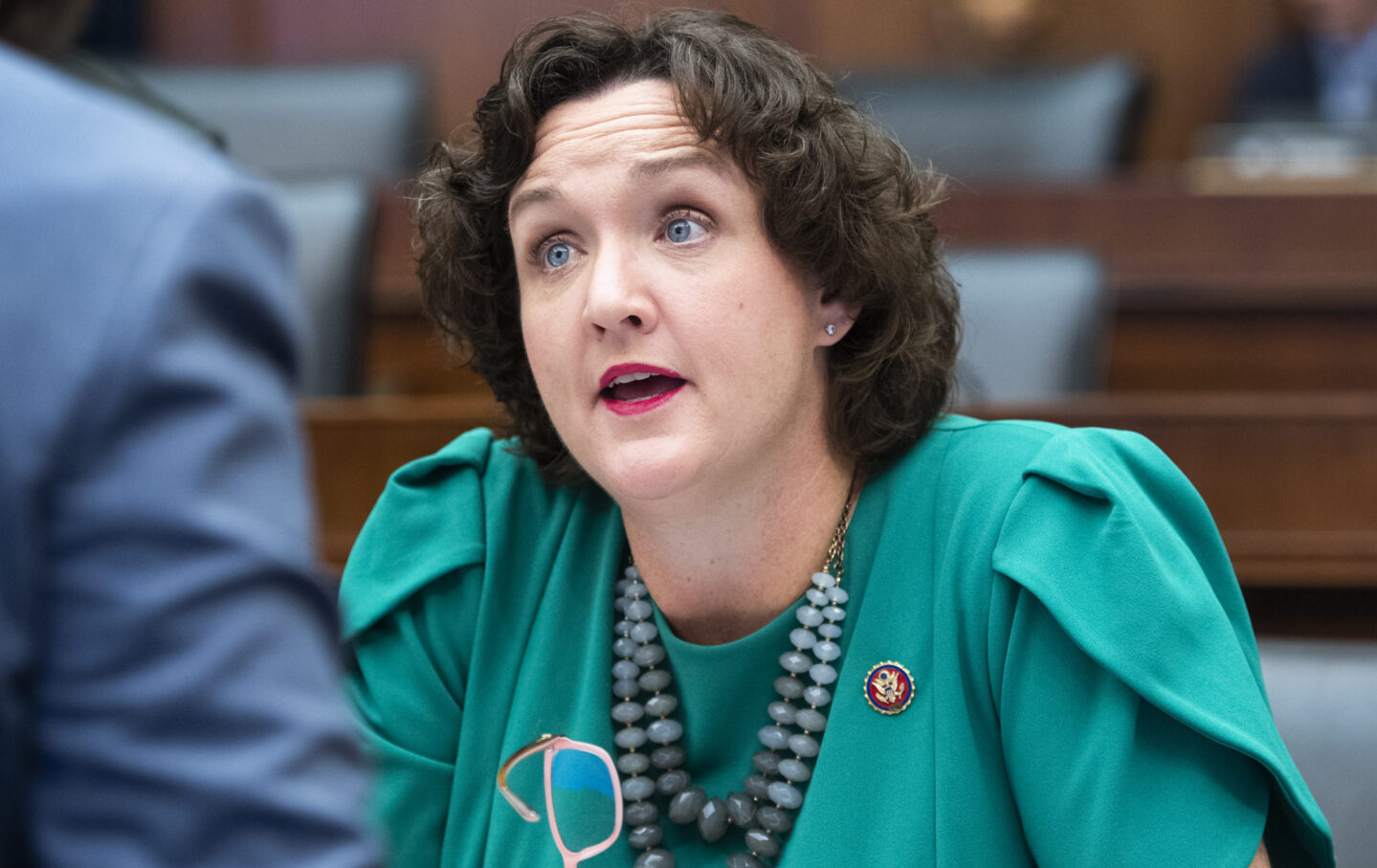 As the publisher and editorial director of The Nation, I have had the privilege in these last turbulent, challenging months of multiple crises—health care, economic, and racial justice—of hosting inspiring weekly conversations with progressive thinkers, writers, activists, and elected officials.

It just so happens that the morning after the Democratic vice presidential nomination was announced, our guest was California Representative Katie Porter, who has been noted as someone who, if the Democrats take the White House in November, could replace Kamala Harris in the Senate.

Porter was the first—and to this day the only—single mother raising young kids while in Congress. In the 2018 midterms, she won a close race that ended 36 straight years of Republican representation in her district. And she didn’t accomplish this by moving to the center—in fact, Porter got her start in politics by working with then–Attorney General Harris to secure $9.2 billion in mortgage forgiveness for homeowners exploited in the 2008 financial crisis, and she considers Senator Elizabeth Warren a key mentor. Porter’s winning strategy has been to focus on restoring people’s trust in government by speaking straightforwardly with her constituents, holding the powerful to account, and rebuilding government institutions.

In our conversation, Porter expressed a humane view of why so many Americans have tuned out of traditional politics. She knows many people with far too much on their plates—working two jobs, raising children, caring for family members—to pay much attention to cable TV or Twitter or the ins and outs of D.C.’s political intrigue. She believes it’s the job of politicians to make themselves and their work accessible to those people—not the other way around—and to improve the condition of their lives. She’ll tell you flat out that some of Congress’s current traditions “suck.” She’ll write out the full name or phrase if she sees an arcane and unnecessary acronym in a press release her staff is issuing. She insists that the term “making an impact” only be used if a meteor is striking the earth—in all other cases, she says, politicians should simply say what they really mean in clear, jargon-free terms.

Porter’s straight-talking stance is especially important when she’s working to hold power to account. Since joining Congress, she’s been praised for her fierce, relentless questioning—and the results she achieves—during committee hearings. Using her signature whiteboards and basic math, she’s schooled everyone from Trump administration officials to Wall Street CEOs. She’s also become a powerful advocate for rebuilding our institutions so that government actually works for working families. She stresses the importance of getting the right people to run our government bodies—not those who would dismantle the very agencies they head!—and not only at the top levels but throughout. As just one example, Porter been an important leader in the fight to fund and save the US Postal Service, which she calls a “civic treasure,” in the House.

California Governor Gavin Newsom has many excellent choices should he need to appoint the state’s next senator. (I’m also an admirer of Representative Ro Khanna and his bold ideas and leadership.)

As Newsom considers his options, and as the rest of us consider whom we should elect for offices up and down the ballot this November, we would be smart to look for candidates like Katie Porter: people who can restore Americans’ trust in politicians and a clean government to represent them—and fight for their interests—every day.