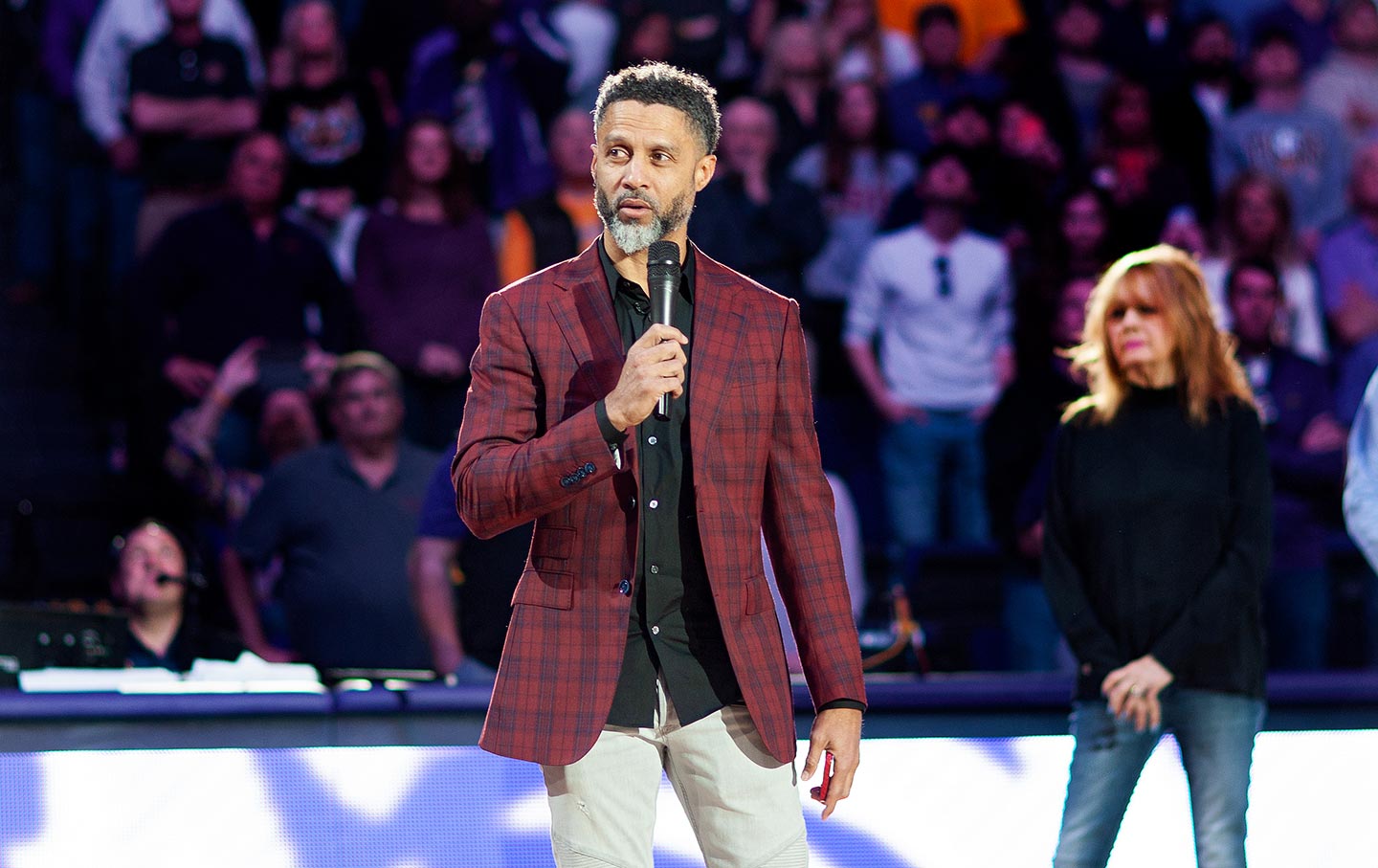 Mahmoud Abdul-Rauf speaks during a ceremony to retire his jersey at half time between the Texas A&M Aggies and the LSU Tigers at the Pete Maravich Assembly Center in Baton Rouge, Louisiana on February 29, 2020. (John Korduner / Icon Sportswire / AP Images)

This week we have audio of a webinar that I did with NBA legend Mahmoud Abdul-Rauf for the show Talking BLM, hosted by Felicia Eaves for the organization American Muslims for Palestine. Rauf brings all the wisdom.

In addition, we have Just Stand Up and Just Sit Down awards to the Miami Dolphins for a terrific video they put together addressing white supremacy that cuts to the core, and the fans that booed the Houston Texans and the Kansas City Chiefs for linking arms in unity as well as the NFL for enabling this kind of culture. All this and more on this week’s show!