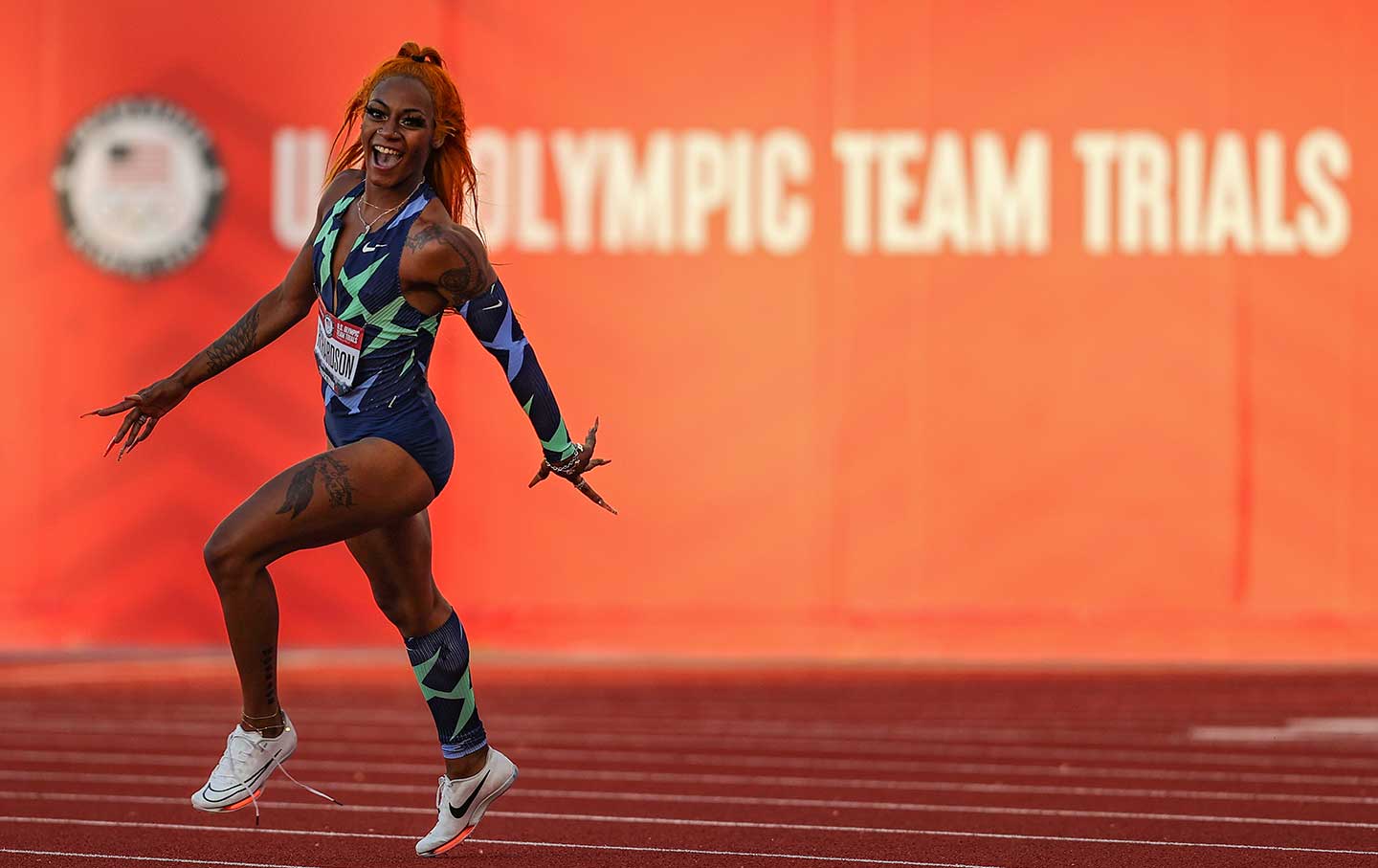 We are BACK! This week we talk to the Coach, Kevin McNutt, about the suspension of track and field star Sha’Carri Richardson for smoking weed, and some NBA Finals observations so far.

We also have Choice Words about Gwen Barry and the GOP’s pathetic attempt at demonizing her. In addition, we have Just Stand Up and Just Sit Down awards to New Orleans native and Scripps Spelling Bee champ Zaila Avant-garde who recently became the first Black American to win such an honor, and several prominent football clubs like Barcelona and Atletico who have decided to play exhibition games in the settler state that is Israel, respectively. All this and more on this week’s show!

Zirin
Gwen Berry Is the Hero We Need