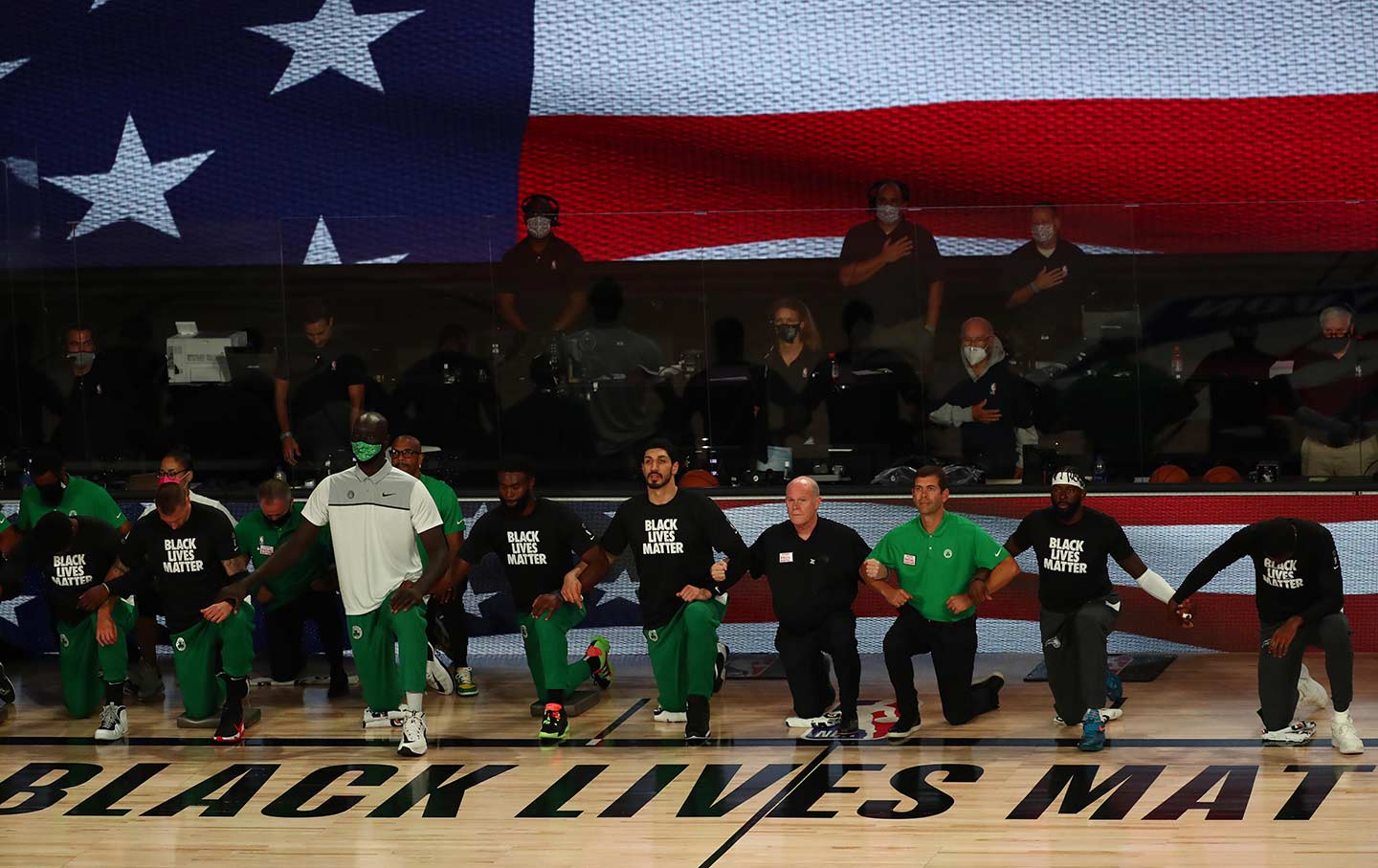 Boston Celtics players kneel during the National Anthem before a game against the Orlando Magic at AdventHealth Arena at ESPN Wide World Of Sports Complex on August 9, 2020, in Lake Buena Vista, Fla. (Kim Klement / Getty Images)

This week on the show we speak to NBA.com’s Sekou Smith about the NBA’s return, Black Lives Matter, and protest. Smith gives us his take on activism coming out of the NBA’s bubble as we think about where we go from here.

We also have some Choice Words about the surge in activism from NCAA athletes, particularly in some of the country’s most powerful institutions. In addition, we have Just Stand Up and Just Sit Down awards to the always brilliant Boston Celtics swingman Jaylen Brown and recurring terrible person, Georgia Senator Kelly Loeffler. All that and more on this week’s Edge of Sports!