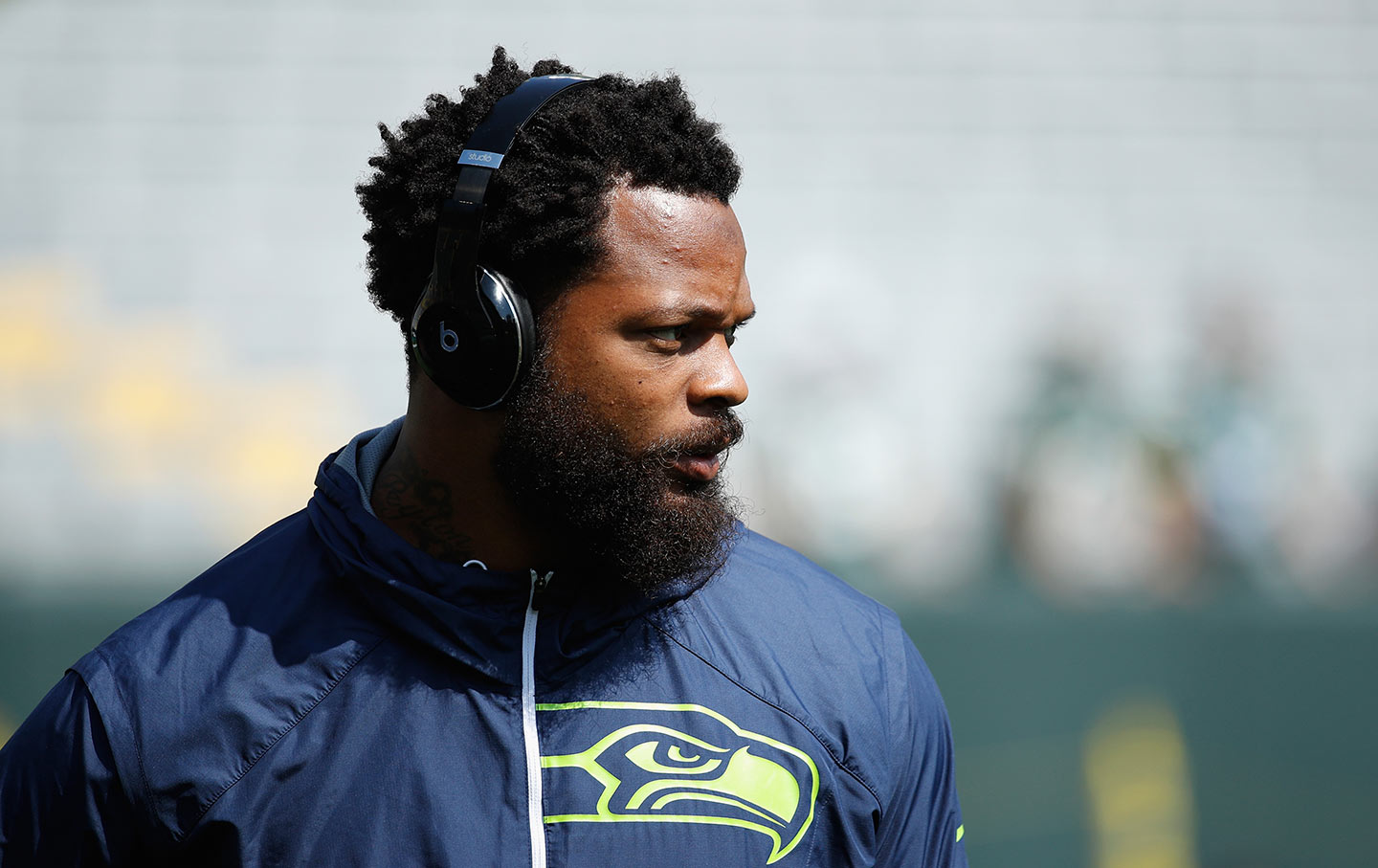 Michael Bennett looks on before a game against the Green Bay Packers on September 10, 2017, in Wisconsin. (Joe Robbins / Getty Images)

This week on the show, we speak to author and NFL Pro Bowler Michael Bennett about recent protests over the killings of George Floyd, Breonna Taylor, and Ahmaud Arbery. Bennett connects the struggle of African Americans to the global movement for justice and gives us his take on news about a potential name change for the football team in Washington, DC.

We also have some Choice Words about the sacrifice and legacy of basketball legend Maya Moore, who took two years of her own career off to successfully fight for the release of wrongfully accused prisoner Jonathan Irons. In addition, we have Just Stand Up and Just Sit Down awards to everyone that has fought long and hard to change the racist name of the Washington football team, and the team’s owner Dan Snyder for his stubbornness on the topic over the years. We also got a brand new Kaepernick Watch. All that and more on this week’s Edge of Sports!

Zirin
Maya Moore for the Win