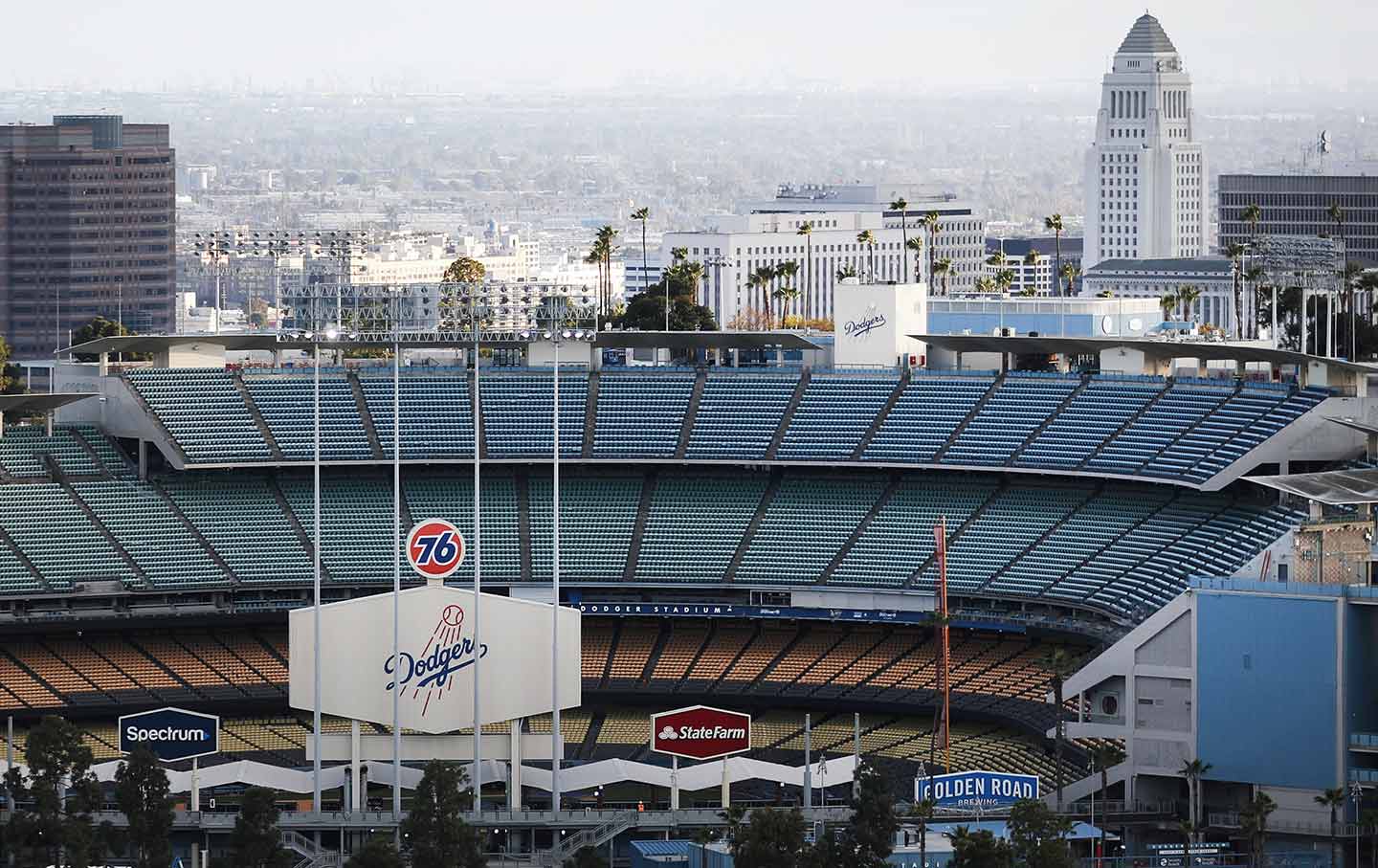 This week we talk to Eric Nusbaum, author of the new book, Stealing Home: Los Angeles, the Dodgers, and the Lives Caught in Between. We discuss his new book, the history of how Dodger Stadium came to be, and the displacement of people of color in the process of building it.

We also have some Choice Words about the NCAA and the prospect of college football coming this fall as well as its decision to announce support for college athletes to sign endorsement deals. In addition, we have Just Stand Up and Just Sit Down awards to former Bulls sharpshooter Craig Hodges, who has been erased from the Last Dance documentary but remains an important part of the early Bulls championship teams, and some ESPN announcers who are saying, “Gosh, I’m seeing a different side of Jordan,” in the wake of the documentary. We also got a brand-new Kaepernick Watch featuring an announcement from me! All that and more on this week’s Edge of Sports!

Eric Nusbaum
Stealing Home: Los Angeles, the Dodgers, and the Lives Caught in Between
Twitter: @ericnus