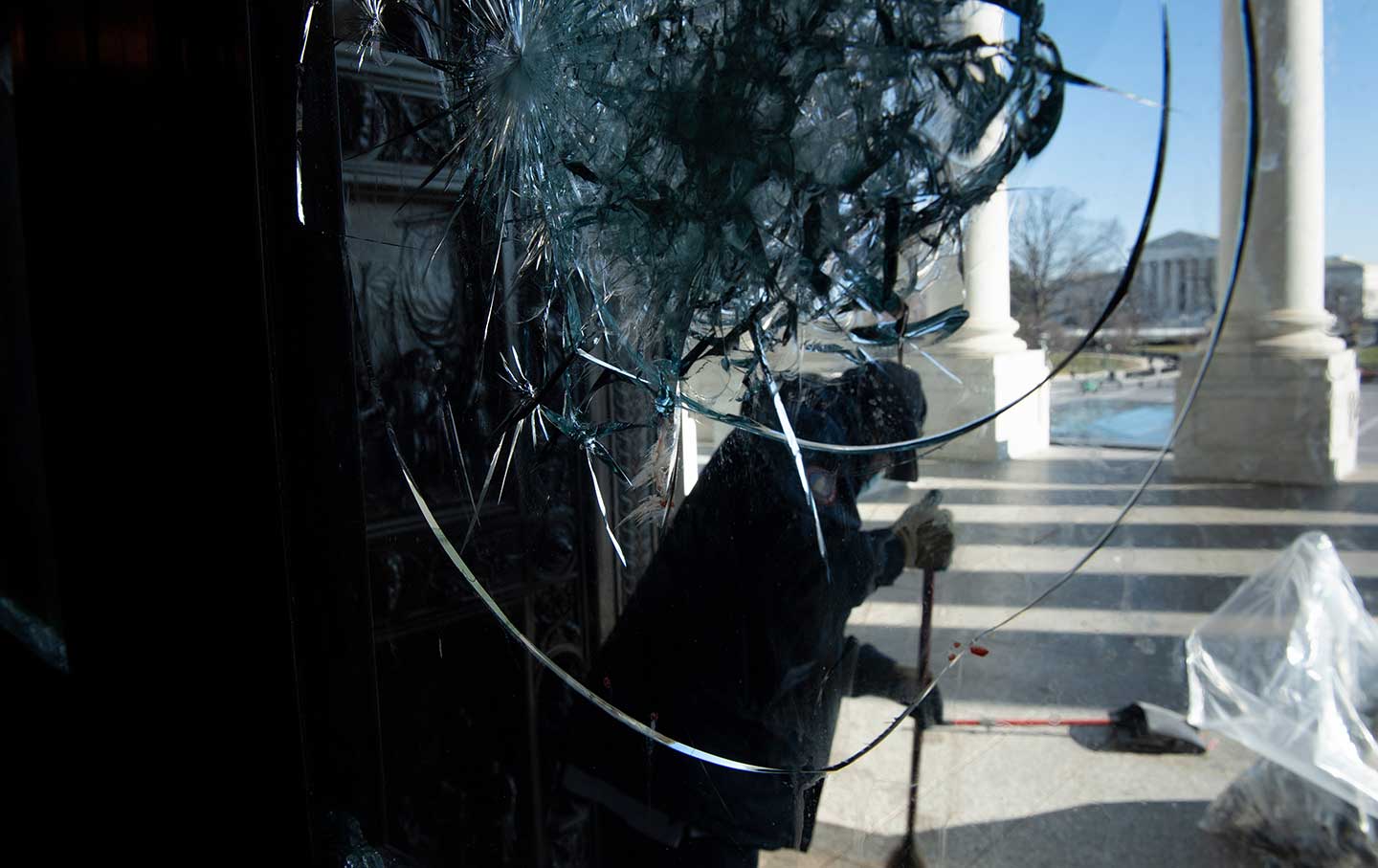 A worker cleans broken glass from one of the entrances to the US Capitol after a pro-Trump mob broke into the building during protests the previous day January 7, 2021, in Washington, D.C. (Brendan Smialowski / AFP via Getty Images)

This week we—a D.C.-based show—talk about the fascist mob that hit the Capitol on Wednesday, January 6, and explain why this should be seen as an attack not only on the federal government but also on the city.

We also have Choice Words about what should have been the news of the week: the Georgia senate elections and the role of the WNBA in making the Rev. Raphael Warnock’s victory possible.

Subscribe to The Nation to support all of our podcasts: thenation.com/systemchecksubs.