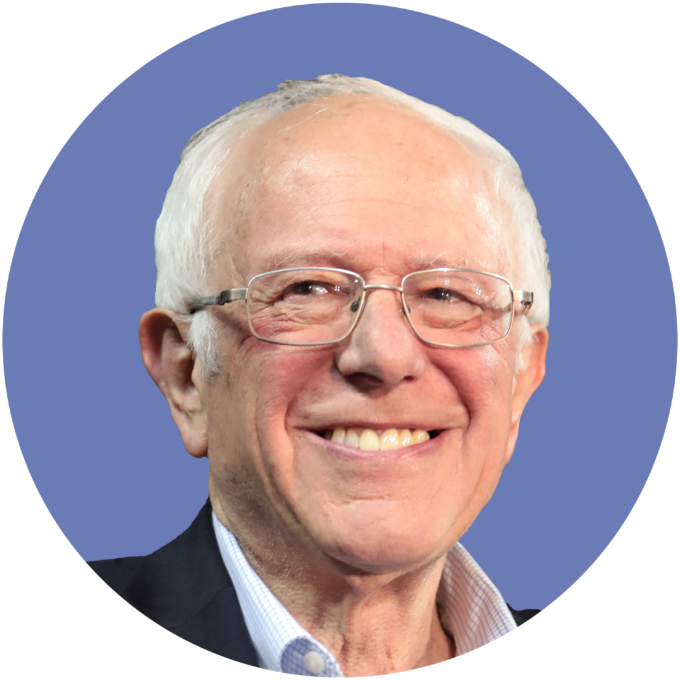 During his time as mayor of Burlington, Vermont, the city made significant strides in affordable housing, progressive taxation, environmental protection, child care, women’s rights, youth programs, and the arts. As a self-described democratic socialist and an advocate of progressive policies, Sanders has fought tirelessly for working families, focusing on the shrinking middle class and growing gap between the rich and everyone else. Sanders ran as a presidential candidate in the 2016 and 2020 elections.