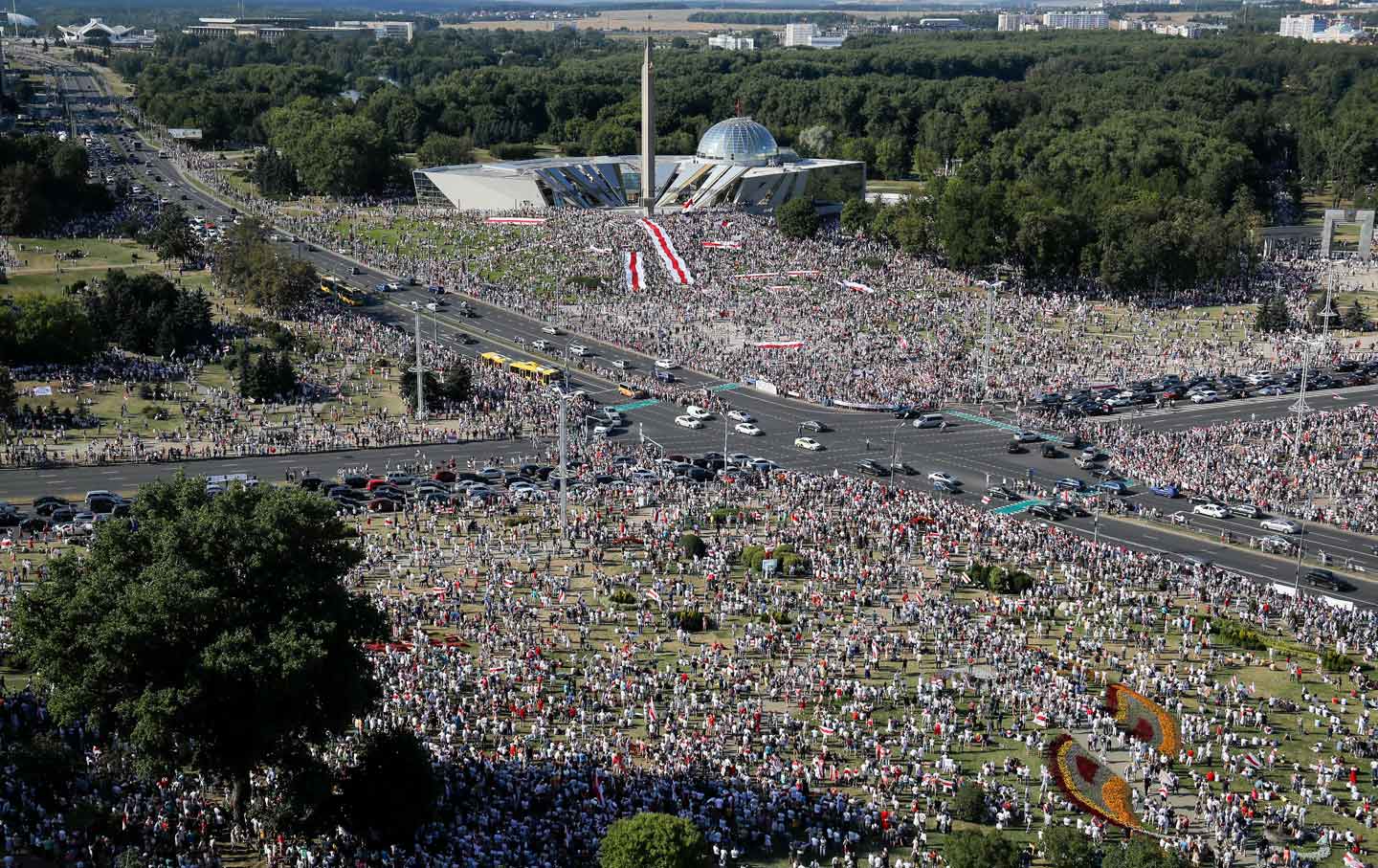 elarus—On August 9, after the presidential election, people throughout Belarus came out to protest, and they are still protesting now. On election day in Minsk, some of the people went to their polling places to learn how the commissions were tallying the ballots, while others went to Victors Avenue to show that they were against falsification. We knew about the falsification even before the final count—there were many forgeries in the so-called early voting.

The peaceful protest on Victors Avenue ended with law enforcement officers showering the crowd with flash grenades, shooting at people with rubber bullets, grabbing them, beating them, and taking them away to detention centers. We thought we were in hell then. But then it got worse. The next day, they shot an unarmed man point blank near the Pushkinskaya metro station, and a few days later we learned that people were being tortured in the Okrestino detention center, where doctors had to fight with the police to get the most seriously wounded into hospitals. We were no longer talking about state violence. This was torture.

The information on torture changed the protest agenda. Added to the demands for the release of political prisoners and for honest elections without Alexander Lukashenko was the demand for an immediate halt to violence and torture. On August 12, the first women’s solidarity action took place—several hundred women formed a living chain in Minsk near Komarovka, the country’s largest food market. They were dressed in white and many carried flowers. This was a markedly peaceful protest against violence and torture, and now this action and subsequent ones are called the revolution of love and the women’s revolution.

The first women’s solidarity chain was a turning point. Such chains appeared all over the country. It happens spontaneously: To join a protest, you simply come out on a more or less major street in your city and stand near the road. It doesn’t matter what color your dress is or whether you have flowers in your hands. Drivers understand and support the protesters by honking their horns. 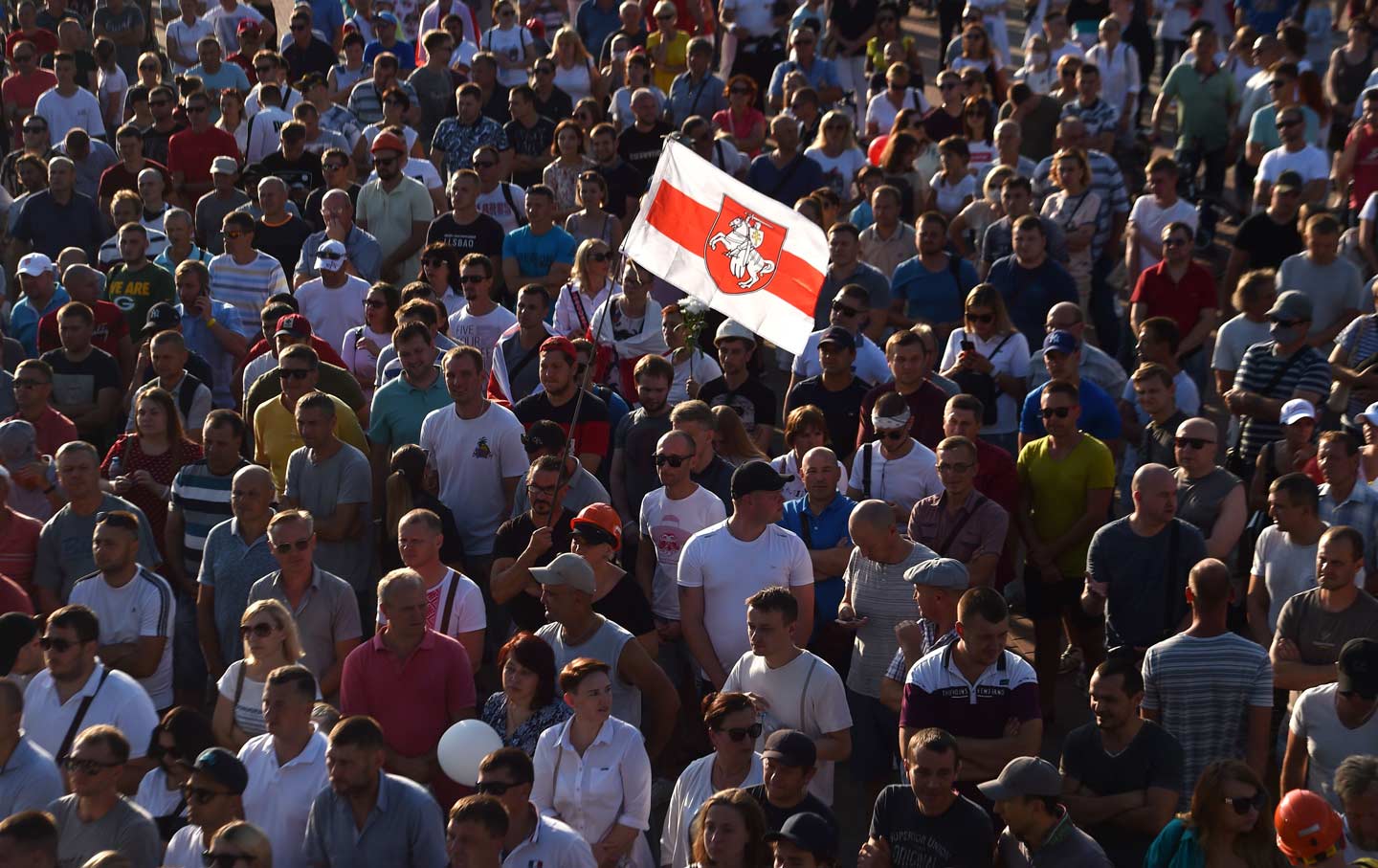 The Factory Joins the Square: Putin’s Nightmare Unfolds in Belarus

Some streets seem to be alive from early morning until very late at night. People organize themselves in a magically mysterious way: Some women line up along the roads; other women with their husbands bring the protesters water and food; yet other individuals bring large garbage bags and clean up. If necessary, drivers help protesters get home.

Many women are so eager to show that they support purely peaceful resistance that they ignore all the rules about suitable garb for protests. They come up in dresses and sandals, skirts and T-shirts. It is very inappropriate clothing for running away from beatings, arrests, grenades, and rubber bullets. However, some of them believe that the authorities won’t raise their hands to arrest—and certainly not to torture!—well-dressed women.

The women’s solidarity protests are some of the largest in recent decades. Some come out only to protest state violence and torture; others continue to talk about the resignation of Lukashenko and the government, to assert that the people who give criminal orders and those who execute them must be condemned. They often say that no one could have given an order to torture people. The riot police must be acting on their own to beat people until they are in shock from pain and their internal organs burst, leaving deep bruises and threatening prisoners with rape and death all on their own initiative.

We recently learned that 81 people are missing. We do not know where they are or whether they are all alive. The revolution of love has not (yet) won.