The building where The Nation offices have been housed for the last three-and-a-half years is a sturdy neoclassical structure—all beige brick and upper terraces—hovering over the tumult of the Garment District. For nearly 100 years, it has watched over the neighborhood, been part of the neighborhood, a hive buzzing within a vast, frenetic ecosystem. Tending to that hive, keeping it humming, has been a dedicated band of janitors and freight operators, doormen and porters, handymen, superintendents, and jacks of all trade.

On March 27, the building lost a member of that band, Omar Portillo. A gentle soul who had dedicated the last 25 years of his life to working as a handyman in the building, Omar died from complications of the novel coronavirus in a crowded Wyckoff Heights Medical Center in Bushwick, Brooklyn. He would have turned 64 years old the next day. He was a father of two daughters in Honduras and two sons in New York, a grandfather, and a husband to his wife, Scarlett. He was also an adored colleague, known for his kindness and warmth.

“We all remember Omar in the office for his warm hugs—he always asked everyone how they were doing and most importantly how their families were doing,” wrote Jessica Leon, assistant manager for GFP Real Estate, which owns and operates the building where Omar worked, in an e-mail. “Our office will never be the same now.”

The Honduran native moved from his home in San Pedro Sula to New York City in the early 1980s and began working for GFP Real Estate in the mid-1990s. After Omar’s passing, one of his coworkers organized a fundraiser to help his family. The fundraiser page is filled with comments in both English and Spanish from coworkers, friends, and relatives back in Honduras that have posted about how much they love and will miss Omar.

“Omar was a beam of light in a dark world, my friend and such a beautiful soul,” his coworker Nicole wrote.

Omar’s stepson, Eduardo Barahona, said that Omar was one of the first employees to be sent home when concerns about Covid-19 began rippling through the building. Soon after, his son noticed that he was coughing. Omar was worried about his coworkers and was upset to be stuck at home instead of working. He had worked since the age of 12 and loved being around his coworkers.

“Work was everything to him—work and family,” Barahona said.

Omar loved family trips, and Barahona’s memories are filled with long summertime drives down to Florida and months spent in Honduras visiting family. Omar had raised Barahona since he was 8 years old and loved being a grandfather to Barahona’s son. In so many of the photos posted online by friends and family, Omar is seen with his thick cap of white and gray hair, smiling gently, putting his arm around someone or hugging them. In one photo, a slightly younger Barahona can be seen sitting at a table with a birthday balloon as Omar gives him a kiss on the cheek.

Barahona remembers how funny and cheerful Omar was and how he tried to look on the bright side. Even when he was sick, Barahona remembers Omar saying that he was all right—and trying to cheer up everyone else around him. 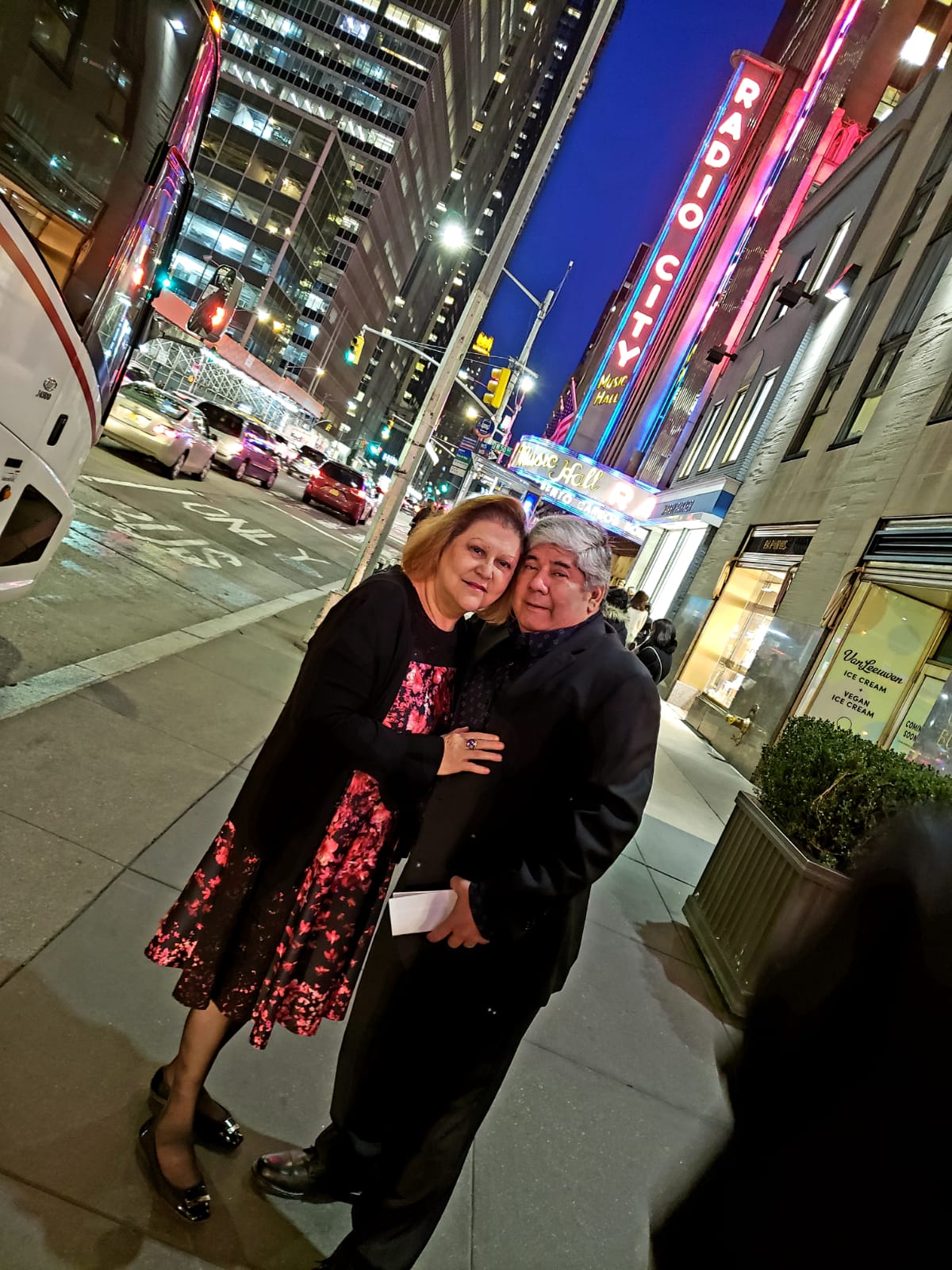 Barahona also described how his mother and Omar would jokingly argue about what songs to listen to on the radio during one of the many long family drives. Omar was a salsa and merengue lover, while Scarlett loved boleros and older romantic songs. Barahona’s mother and Omar had dated back in Honduras when they were teenagers but lost touch when Scarlett moved to the United States with a relative. Years later, both then living in the United States, Omar and Scarlett bumped into each other and reconnected. They rekindled a relationship in the early ‘90s and were married a few years later, Barahona said.

“I feel like they were destined to be together,” he said.

Over the years, Omar’s coworkers have gotten to know his family and have reached out to share memories and offer their condolences. Barahona isn’t surprised that so many people have contributed to and commented on the fundraiser for his stepfather; it’s part of the legacy Omar left behind as a worker and a friend.

“It’s something I definitely feed off of, especially in these times, because it’s hard,” Barahona said. “I remember how he was so driven regardless…. This man was like, ‘We’re gonna get through this,’ and that’s what’s keeping me positive…because of his memory.”