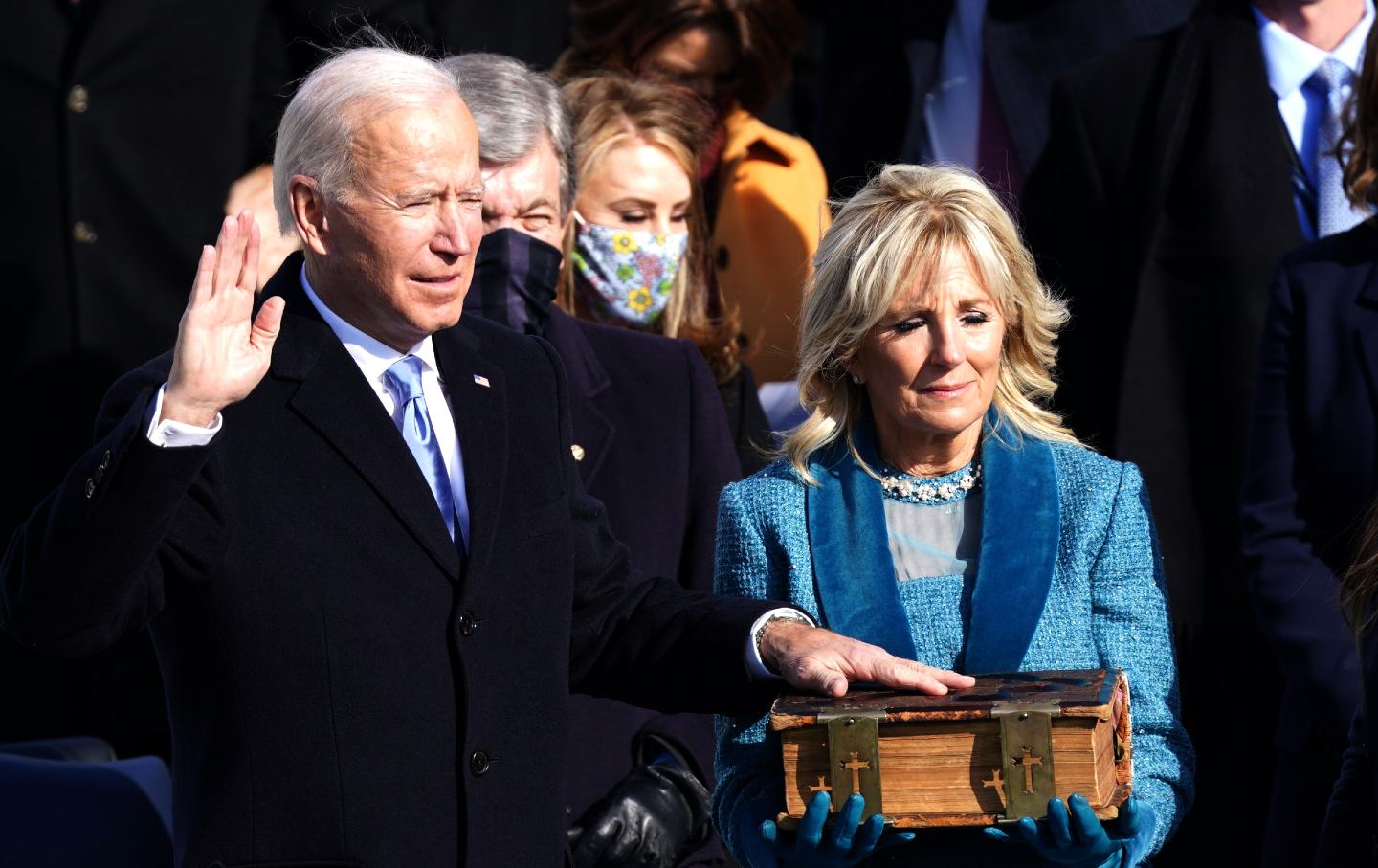 Last Wednesday, when President Biden was sworn into office on the same Capitol steps recently overrun by insurrectionists, the message to the nation was clear: Democracy had been tested, and democracy had prevailed. National Youth Poet Laureate Amanda Gorman described the day’s significance: “We’ve seen a force,” she said, “that would shatter our nation rather than share it, would destroy our country if it meant delaying democracy. But while democracy can be periodically delayed, it can never be permanently defeated.”

Yet it would be a mistake to think the fight to preserve and revive our flawed democracy concluded on Inauguration Day. In fact, it has only begun. The Capitol siege was just the latest and most brazen instance of politicians’ leading efforts to delay democracy when it threatens their power—by suppressing the votes of political opponents, giving corporate funding undue influence over the people’s representatives, and structuring Congress so that favored factions can hold on to outsize power. This trend is growing even more dangerous now that the coronavirus pandemic has made voting even more difficult, and toxic lies about election fraud have fueled further voting restrictions. In the words of Representative John Sarbanes (D-Md.), “this moment might be our last opportunity to shore up American democracy and prevent it from sliding further into a state of chaos, dysfunction, and billionaire-fueled minority rule.”

Fortunately, the new Congress is already fighting to restore democracy. One of the first bills before the new Senate—submitted as S. 1 to reflect its importance—will be Senator Jeff Merkley’s (D-Ore.) For the People Act. The act is the Senate counterpart to the House’s For the People Act, a sweeping piece of legislation spearheaded by Sarbanes and passed in 2019. Both versions of the legislation would implement automatic voter registration, expand same-day voter registration and institute early voting nationwide. Also awaiting a vote in the Senate is the John Lewis Voting Rights Advancement Act, which would restore parts of the Voting Rights Act the Supreme Court struck down in 2013. Together, these bills would do more to protect and expand the right to vote than any legislation passed since the Great Society.