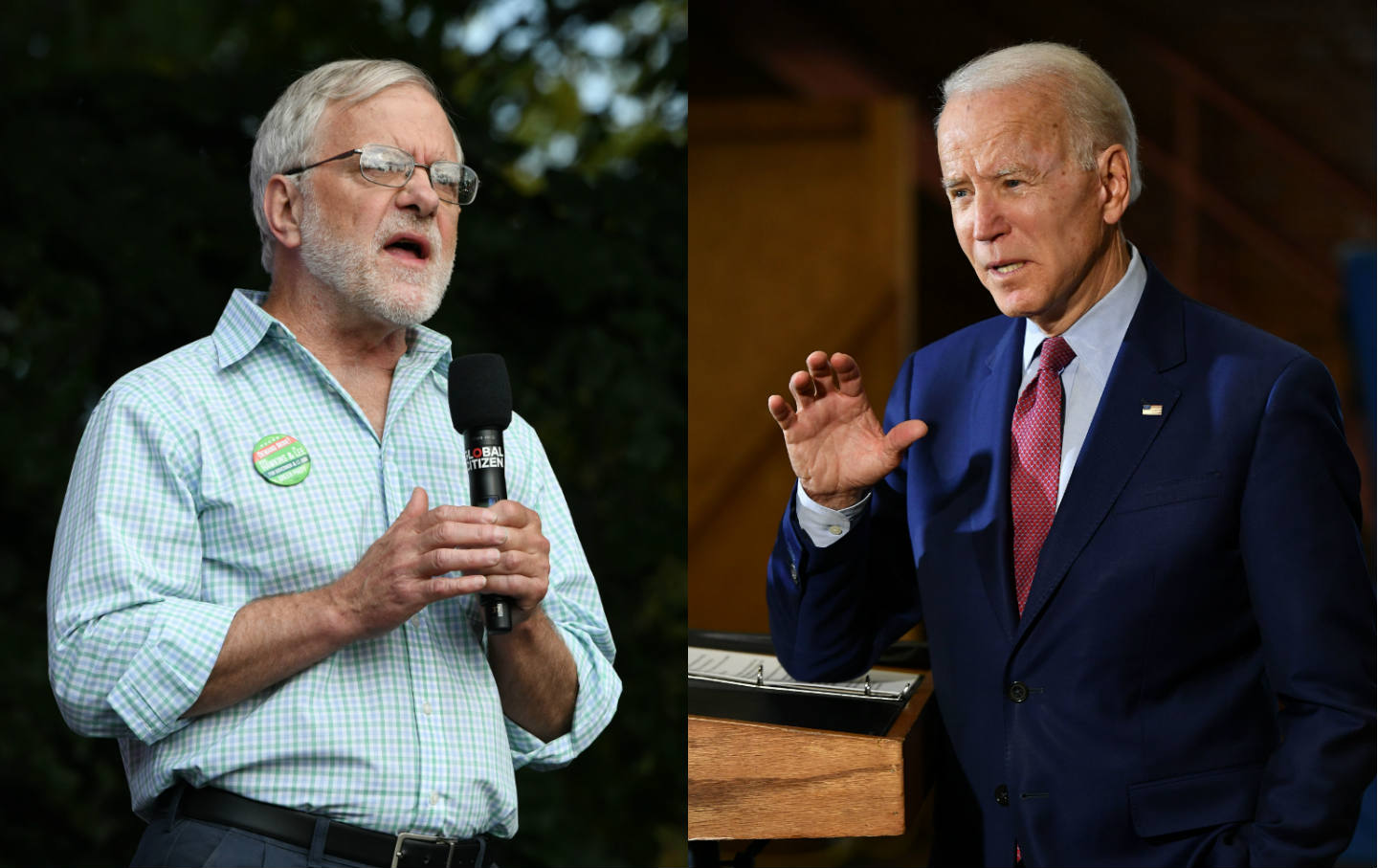 I’m going to vote for @HowieHawkins

But I’m not a believer in building the Green Party. No matter what your individual choice is in November, the political act is to organize on issues like Medicare for All, build orgs, and back downballot candidates supporting the Bernie agenda

Had he asked me about the comment, I would have gladly elaborated on why I plan to vote for Howie Hawkins in my home state of New York. But from Dreier’s article it’s clear he already had his own answer and was simply waiting to unleash his prefabricated critique of Jacobin’s supposedly “more-radical-than-thou tendencies that reflect the idealism of recent recruits to left-wing ideas.” 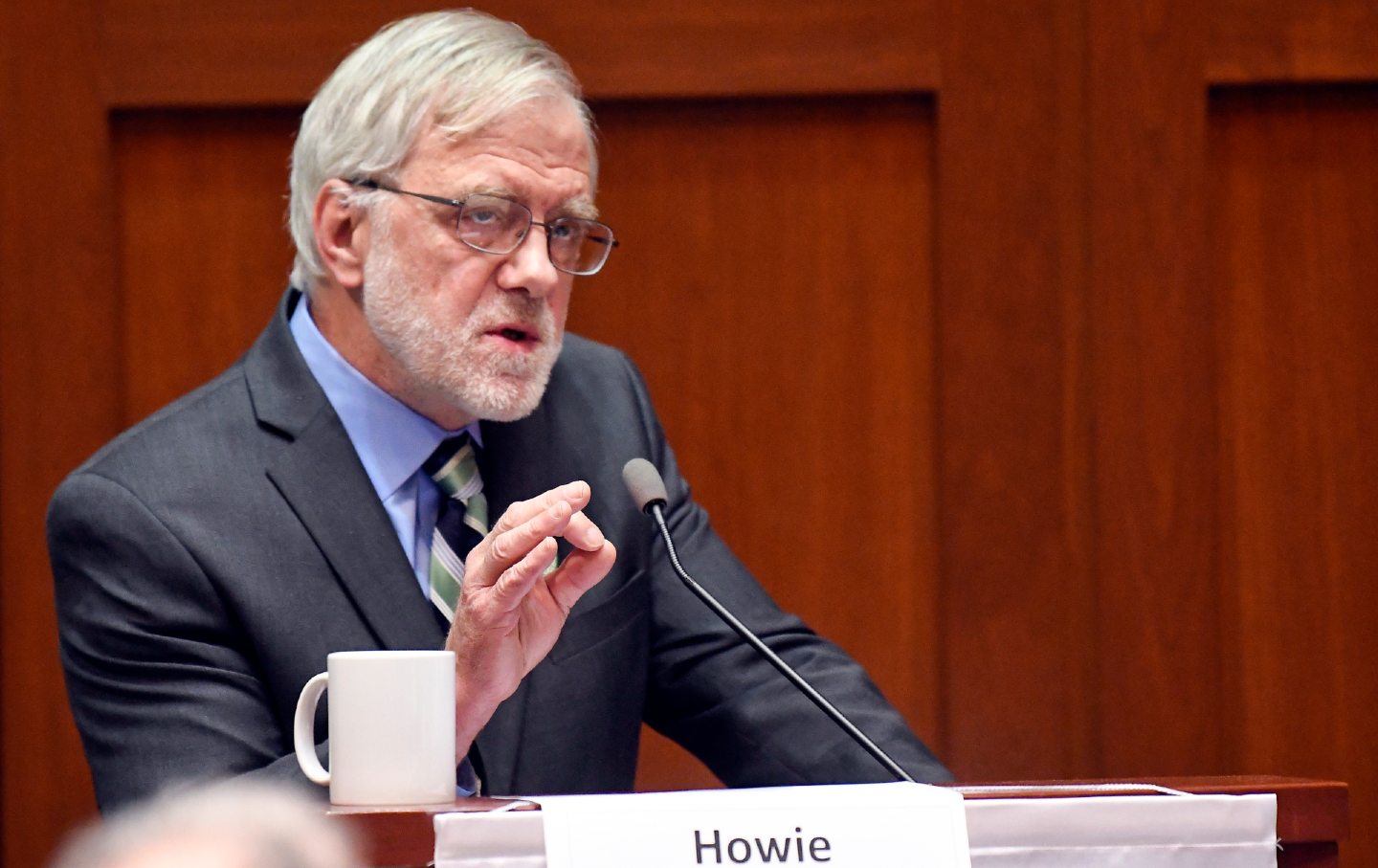 Having joined the Democratic Socialists of America (DSA) in 2007, I’m not a new recruit to left-wing ideas, and I certainly wish I was less jaded and more prone to idealism. I do, however, appreciate the opportunity to explain my thoughts on socialist electoral strategy.

Dreier’s case is a simple one: The Green Party is unviable as an electoral alternative, and it has the potential to play spoiler and hand the election to Donald Trump. While conceding that “Biden is certainly no socialist,” Dreier suggests that he can be pressured from the left, whereas Trump’s victory would mean another four years of rearguard action to preserve our meager social safety net and fragile democracy.

I don’t share Dreier’s optimism about a Biden presidency—Biden’s entire presidential campaign has been based on two promises: first, that he can beat Trump, and second, that when he does, “nothing will fundamentally change.” As a purely electoral calculation, this may be enough to unite anti-Trump sentiment and win in November. But with a campaign built around winning over moderate suburbanites, and a party leadership far more interested in courting the center-right than bargaining with the left, it won’t make for a Biden administration particularly open to a reform agenda.

Of course, I’d rather see a Democrat in the White House than a Republican. Biden is part of a centrist party that has within it not just the oligarchs he favors but a progressive, labor-oriented wing, as well. Trump, on the other hand, is the leader of a right-wing party filled with reactionaries. It’s obvious that socialists would rather be the political opposition to a government composed of centrists than one of the radical right.

As far as the Green Party goes, Dreier quotes my 2019 book, The Socialist Manifesto, which argues that socialists need “an electoral strategy that can represent the distinct interests of working people, but without demanding that voters start immediately supporting unviable third-party candidacies.”

It’s good advice, and Dreier should heed it. In my 280 characters, I say that I’m going to vote for Howie Hawkins, but I don’t believe in building the Green Party as an institution. Like millions of voters, I am frustrated with what feels like a “shoot me or stab me” choice between two corporate puppets. And as a supporter of the Bernie Sanders campaign, I tried hard to ensure that a more viable Democratic candidate was the nominee. We failed—and Biden and his campaign have done little to court the voters we organized.

So, sure, I am casting a vote for Howie Hawkins in my deep-blue state. But I have no illusions that my vote is part of some grand gambit. In fact, I argue that our strategy should be based on campaigning for demands like Medicare for All, building the institutions of the left and labor organizations, and backing down-ballot candidates that support the Sanders agenda.

What I left unsaid is what kind of organization could spearhead this strategy—a “party-surrogate.” This would be an organization that, as Jared Abbot and Dustin Guastella argue in Jacobin, “would be internally democratic, financed by dues, focused on member mobilization, and organized around a workers’ agenda.” Such a vehicle could contest elections on the Democratic Party ballot line—not ordinary Democrats, but candidates bound together by a simple, common program, who eschew corporate funding and are propelled to power by a broad membership base.

In a limited sense, the DSA is already serving some of this function. But we need an even larger and more ecumenical umbrella organization, more deeply embedded in the working class, to capture the spirit that attracted millions to Bernie Sanders.

Dreier, on the other hand, is not proposing any strategy that’s distinct from the mainline Democratic Party. All he’s saying is that Republicans are bad (true), Democrats are better (okay, fine), and that Howie Hawkins won’t be elected president (sadly true). Dreier just took the same article that’s been written every four years for decades and slapped “WTF” and some buzzwords like “virtue signaling” on it to make it fit the times.

Based on his description of today’s reality (not uncommon to this genre of writing), there’s a great struggle against fascism already underway and forces of progress ready to push wayward leaders like Joe Biden to the left. I wish it were true—but we’re not living in the 1930s, and socialist intellectuals can’t summon a new Popular Front through force of will alone.

My electoral ideas, in contrast, are based on the acknowledgment that the left is still building a mass base. Sanders was our only popular national figure in decades—he won support through his outsider status and a no-bullshit economic agenda. Democratic socialists have piggy-backed on that success, but we can’t confuse the might of his campaigns with our own strength. The way forward, then, isn’t through big presidential directives, but the steady work of institution building, running down-ballot candidates, and advocating Medicare for All, a jobs guarantee, and the Green New Deal.

Building a real coalition, in other words, for social democracy in the United States, not pretending that one already exists within the mainstream Democratic Party. This, after all, is precisely what dozens of domesticated progressive groups have been telling themselves for over 40 years—while Democrats stood by and watched unions disintegrate, inequality skyrocket, and millions of Americans go without health care, decent jobs, and affordable housing.

The strategy I suggest does not help Trump. If successful, it’ll both bolster turnout for down-ballot races and help popularize left-wing political demands, while crucially maintaining our independent profile.

But there is a fair objection that Dreier could raise: If we can all agree that Trump is worse than Biden, why not advocate a vote for Biden?

Simply, millions of people are rightly alienated and angry at the Democratic Party. Joe Biden, owing to both his long history of right-wing policy positions and the credible accusations of sexual assault that have been directed at him, is an especially unpopular figure. A new Emerson poll found that 51 percent of Sanders supporters are likely to consider backing an independent or third-party candidate. Perhaps many of them are in swing states—but it’s up to Biden to win them back over. As for socialists, we already have a formidable list of tasks before us.

Is this mass anger at the Democratic leadership a problem for the left, or an opportunity? That’s what this debate is about—not whether one should vote for Howie Hawkins as a moral gesture. Dreier would have a young democratic socialist movement use its finite resources to defuse frustration with corporate party leaders and whip votes for Joe Biden. How is this a better choice for socialists than pursuing their own agenda, which envisions transformation rather than accommodation with the status quo, and which does not benefit Trump in any way?

It requires no sage wisdom to point out that the United States has an electoral system built to prevent the emergence of third parties. Our challenge is to start having serious discussions about how to build independent, working-class politics within these constraints.

Peter Dreier’s path presents itself as the “left-wing of the possible,” but it really amounts to an empty call that conflates the most passive form of political engagement—voting every four years for a Democrat—with a hard-nosed strategy for power. Dreier calls on socialists to “do the right and honorable thing” even though socialist votes—especially those concentrated in safe blue states—would have almost no effect on the election. It’s not the handful of DSAers who may spoil the campaign for Biden but the millions of voters—mostly poor and working class—who will choose to stay home.

What we need is a long-term strategy that can actually propel working-class politics and organizations in our time. We need to engage ordinary people with a compelling program and credible candidates so that presidential politics are not exclusively the province of professional-class liberals and country club Republicans.

I don’t have all (or many) of the answers, but that’s what I’m thinking.