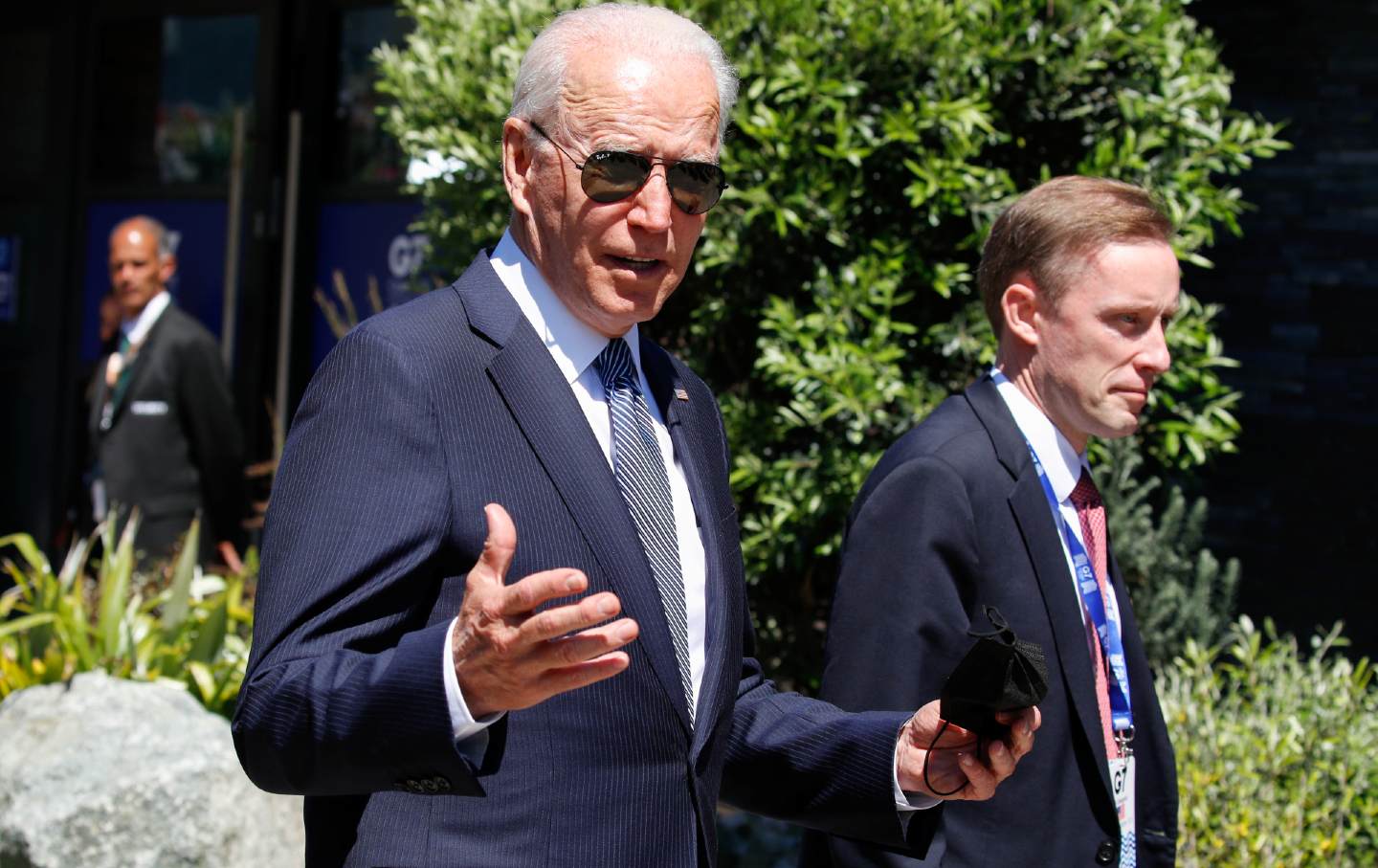 “America is back” was President Biden’s mantra as he met earlier this month with the Group of Seven in Cornwall, NATO allies in Brussels and Russian President Vladimir Putin in Geneva. Biden earned widespread praise for leading a return to normality after Donald Trump’s reign of error. The question is, though, America is back for what? Biden’s emphasis in the European meetings was bolstering NATO allies for a new global face-off with Russia—and increasingly China. Despite existential threats posed by catastrophic climate change and a global pandemic, Biden’s new normal seems ominously leaning to a revival of Cold War politics.

“We are committed to the rules-based international order,” concludes the final communiqué from the NATO meetings, but “Russia’s aggressive actions constitute a threat to Euro-Atlantic security.… China’s growing influence and international policies can present challenges that we need to address together as an alliance.” Much of the NATO plan addressed bolstering the alliance’s military capabilities on the Russian borders, and NATO for the first time also designated China as a “systemic challenge.”

Old Cold War tropes are being recycled. The world, we’re told, is divided between democratic and authoritarian nations. The latter are painted as repressive and rapacious, threatening their neighbors and working to disrupt a presumably benign rules-based order. China is the new “number one pacing challenge,” as Defense Secretary Lloyd Austin puts it, with Russia relegated to second place. It is vital, we are told, that the United States and its NATO allies invest to maintain superiority in every domain of warfare—land, air, sea, space and cyber—and in every region from the borders of Russia to the Great China Sea.