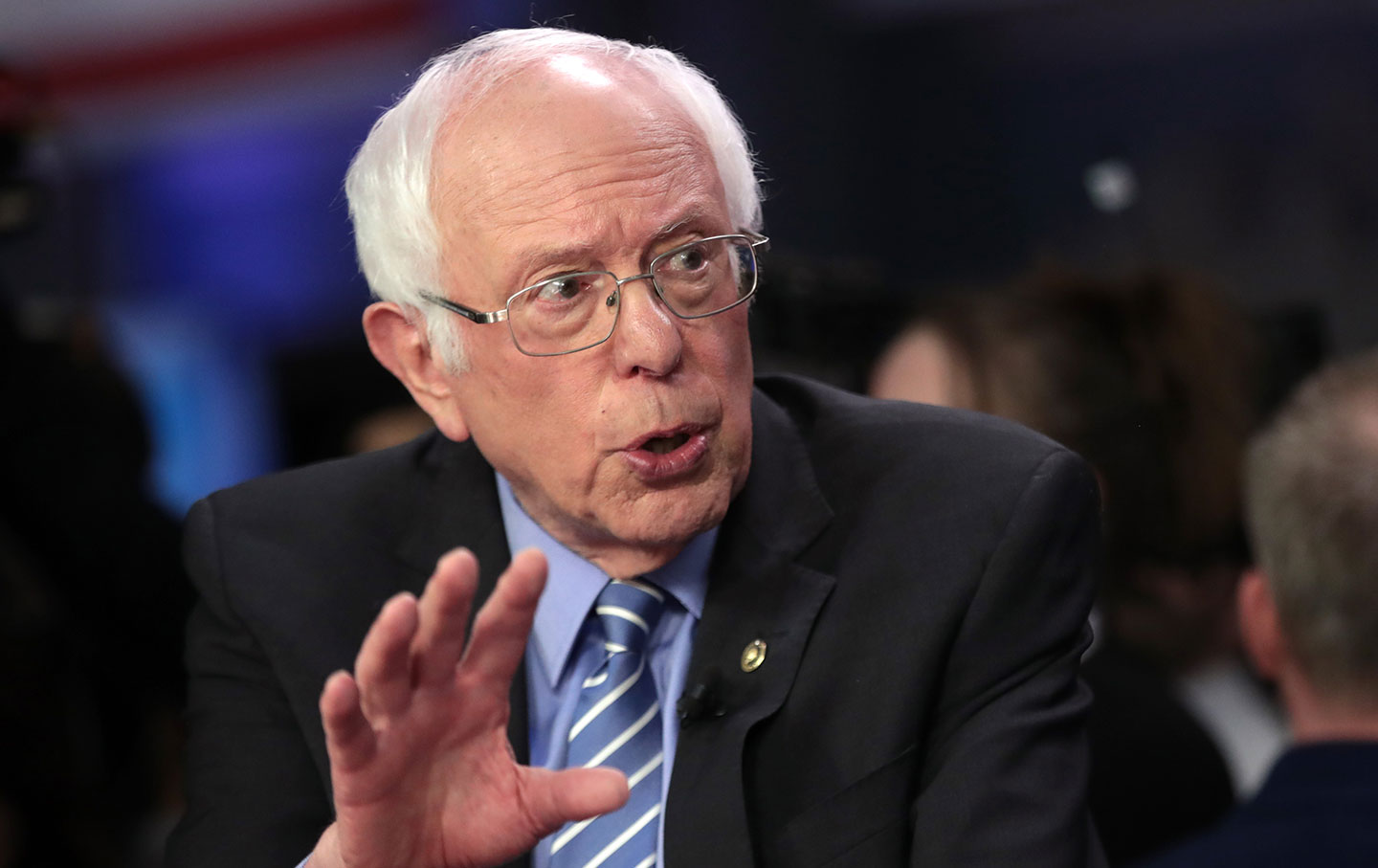 For the record, I thought Senator Bernie Sanders botched his answer on Cuba—acknowledging its authoritarianism but defending its literacy efforts—with CNN’s Anderson Cooper Sunday night, and made it worse by defending China the next day. The pundit class already confuses socialism with communism. Unnecessarily defending two totalitarian regimes was a self-own by the new Democratic front-runner. (Sanders is actually more a social democrat than a socialist, but that’s another story.) New Yorker writer Masha Gessen, who grew up in the Soviet Union, quoted a Cuban friend calling it “moral stupidity.”

I don’t believe Sanders is morally stupid, but I believe he can do better. At the CBS debate Tuesday night, he did. Sanders handled those questions, and more, not perfectly, but with clarity and passion that served him well.

But Sanders won the debate. I say that not by the cliché journalist formula in which the front-runner wins as long as s/he doesn’t lose. That kind of philosophy would have made Sanders trim his sails—the way Biden did in the first few debates. Sanders did not. He was his irascible self. 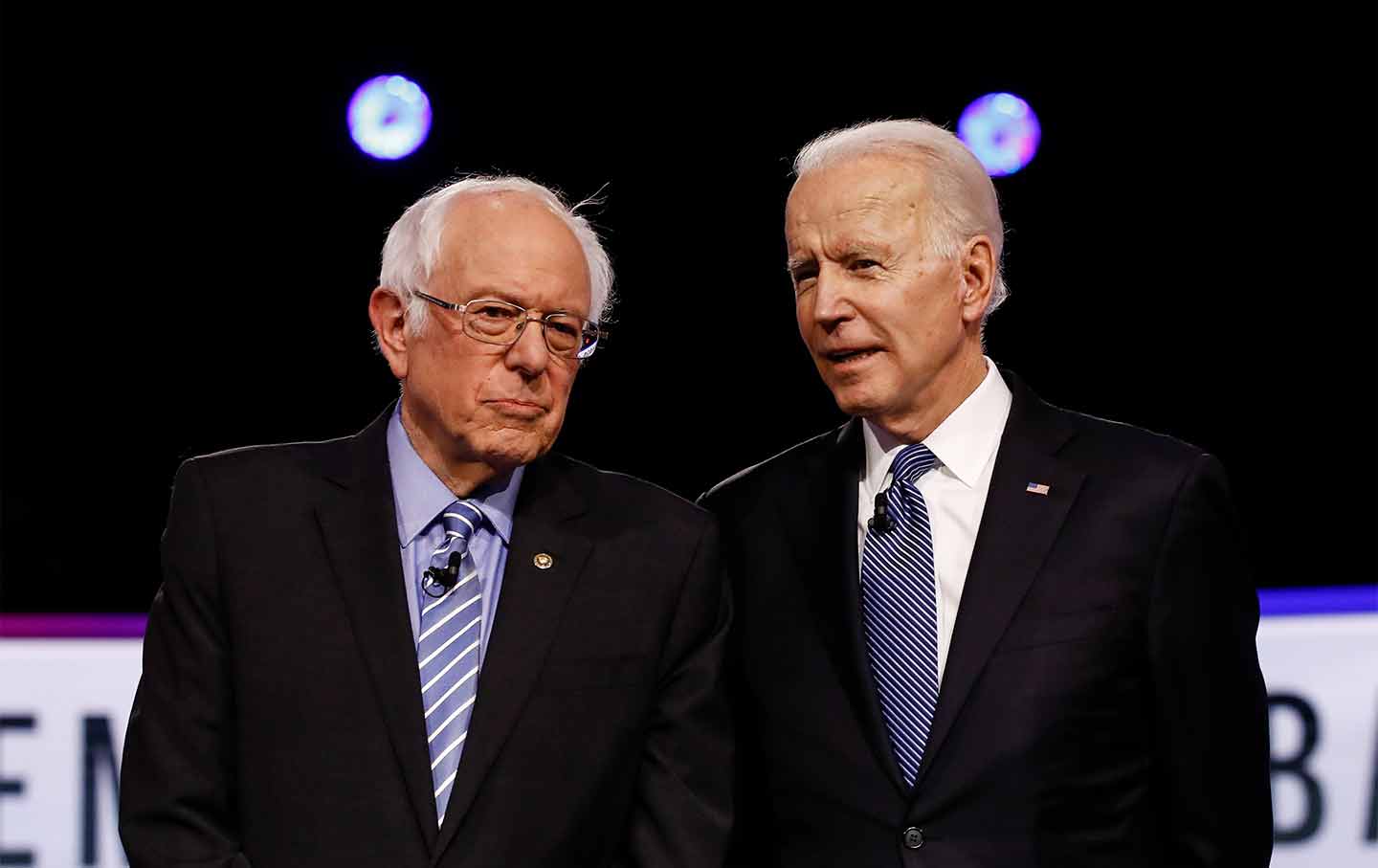 A Debate With No Winners, Only Survivors

Irascible, but mostly composed, even as all of his opponents took turns attacking him. Mike Bloomberg’s attack might have been the dirtiest: “Vladimir Putin thinks that Donald Trump should be president of the United States,” he said, “and that’s why Russia is helping you get elected, so you will lose to him.” Bloomberg’s fellow billionaire Tom Steyer started out nice: “Bernie Sanders’ analysis is right…I don’t like his solutions. I don’t believe that a government takeover of large parts of the economy makes any sense for working people or for families.” Senator Amy Klobuchar re-upped her earlier complaint about Sanders’s socialism: “I am the only one in the New Hampshire debate, when asked, if we had a problem with a socialist leading the ticket, that raised my hand. I like Bernie. We came in together to the Senate. But I do not think that this is the best person to lead the ticket.”

Buttigieg claimed nominating Sanders would jeopardize Democratic control of the House: “You might want to check with the people who actually turned the House blue, 40 Democrats, who are not running on your platform. They are running away from your platform as fast as they possibly can.” (Fact-check: A fair share of them support Sanders. Way more than support Buttigieg, by the way.)

Warren’s knock on Bernie, typically, had to do with plans. “Bernie and I both want to see universal health care, but Bernie’s plan doesn’t explain how to get there…. I dug in. I did the work. And then Bernie’s team trashed me for it.”

But Sanders handled his big challenges well. Asked about his defense of Cuba for its literacy programs, he turned it around to attack former New York mayor Bloomberg’s defense of Chinese President Xi Jinping, an act of political agility we haven’t often seen from Sanders, on the debate stage at least.

I have opposed authoritarianism all over the world and I was really amazed at what Mayor Bloomberg just said a moment ago. He said that the Chinese government is responsive to the Politburo, but who the hell is the politburo responsive to? Who elects the Politburo? You have got a real dictatorship there. Of course you have a dictatorship in Cuba.

What I said is what Barack Obama said in terms of Cuba, that Cuba made progress on education.

Then the Bloomberg-friendly, often anti-Sanders crowd booed. The Vermont senator shot back: “Really? Really? Literacy programs are bad?” Some pundits are dragging Sanders for coming back at the folks who booed. Personally, I loved it.

Sanders even dared to explain why some of our so-called “enemies” are mad at us: for overthrowing their duly elected left-leaning leaders in spasms of Cold War aggression from the 1950s to the 1970s. Nobody does this kind of explanation of American foreign policy, folks, and every national progressive needs to.

Excuse me, occasionally it might be a good idea to be honest about American foreign policy, and that includes the fact that America has overthrown governments all over the world in Chile, in Guatemala, in Iran. And when dictatorships, whether it is the Chinese or the Cubans do something good, you acknowledge that. But you don’t have to trade love letters with them.

(In case you missed it, that was a reference to Donald Trump’s telenovela relationship with North Korea’s Kim Jong Un.)

OK, the US overthrow of Salvador Allende in Chile, Jacobo Arbenz in Guatemala, and Mohammed Mossadegh in Iran probably went over the heads of most of the TV audience, and even mature TV anchors (though it should not have). That’s why it was brave to say.

To be fair, as Biden correctly pointed out, Obama didn’t say exactly what Sanders did. But Obama, correctly, tried to open a new, warmer era of Cuban-American relations. Trashing Sanders for tepid praise of Cuba’s education and health care will likely work in Florida—already the state’s congressional Democrats are criticizing him—but the truth is, Obama’s Cuba initiative was among his finest moves, and it’s smart of Sanders to drape himself in the popular former president’s mantle there.

Biden actually got off the best shot at Sanders, when he attacked his uneven record on gun safety: “Walking distance of here is Mother Emanuel Church [the debate was diagonally across the street]; nine people shot dead by a white supremacist. Bernie voted five times against the Brady Bill.” Later, Sanders’ opposition to allowing gun manufacturers to be sued came up, and the front-runner was uncharacteristically apologetic. “I have cast thousands of votes, including bad votes,” he said. “That was a bad vote.”

I’d be remiss if I didn’t talk about Warren continuing to dominate Bloomberg, especially on his business record concerning women. This might have been my favorite exchange of the debate. Pressed by the moderators about his ludicrous comments in the last debate that his only detractors were women who didn’t like his jokes, he elaborated:

BLOOMBERG: Probably wrong to make the jokes. I don’t remember what they were. So I assume—if it bothered them, I was wrong, and I apologize. I’m sorry for that.

But what happened here is we went back 40 years and we could only find three cases where women said they were uncomfortable. Nobody accused me of doing anything other than just making a comment or two. And what the senator did suggest was that we release these women from the nondisclosure agreement. I did that two days later, and my company has said we will not use nondisclosure agreements ever again. The senator has got it. And I don’t know what else she wants us to do.

BLOOMBERG: We’re following exactly what she asked to do.

WARREN: I’ll tell you exactly what I want you to do.

BLOOMBERG: And the trouble is with this senator, enough is never enough for what this—I’m going to start focusing on some of these other things. We just cannot continue to re-litigate this every time. We did what she asked. And, thank you, we’ve probably made the world better because of it. And by my company renouncing using these, we probably changed, hopefully, the corporate landscape all across America.

Bloomberg just about called Warren “a nasty woman.” Enough is never enough for her? We’ve all heard that before.

But hey, if Bloomberg’s doing away with nondisclosure agreements “changed the corporate landscape all across America,” let’s count that as a win for Warren. Speaking to a handful of reporters a few minutes before the debate, Massachusetts Representative Ayanna Pressley, one of Warren’s best surrogates, righteously framed her candidate’s Bloomberg focus as “affirming survivors’ justice.” On that score, I’d call Bloomberg’s moves “big structural change.”

I still think Sanders needs better answers, especially on his prior support for totalitarian regimes. Masha Gessen put it this way:

What Sanders could have said, and should have said, is that totalitarianism, that most horrible of inventions of the twentieth century, is one of the greatest crimes against humanity. But it should not discredit the ideas of common welfare and basic fairness that make up socialism. Totalitarianism can weaponize any ideology; socialism is no more essentially totalitarian than capitalism is essentially democratic. This would have been at once factually true and true to the politics that Sanders has espoused.

But the moderators clearly teed up some tough-on-Sanders questions to let his opponents take a big swing—and they swung wildly. And they missed. For now. They won’t have many more chances.