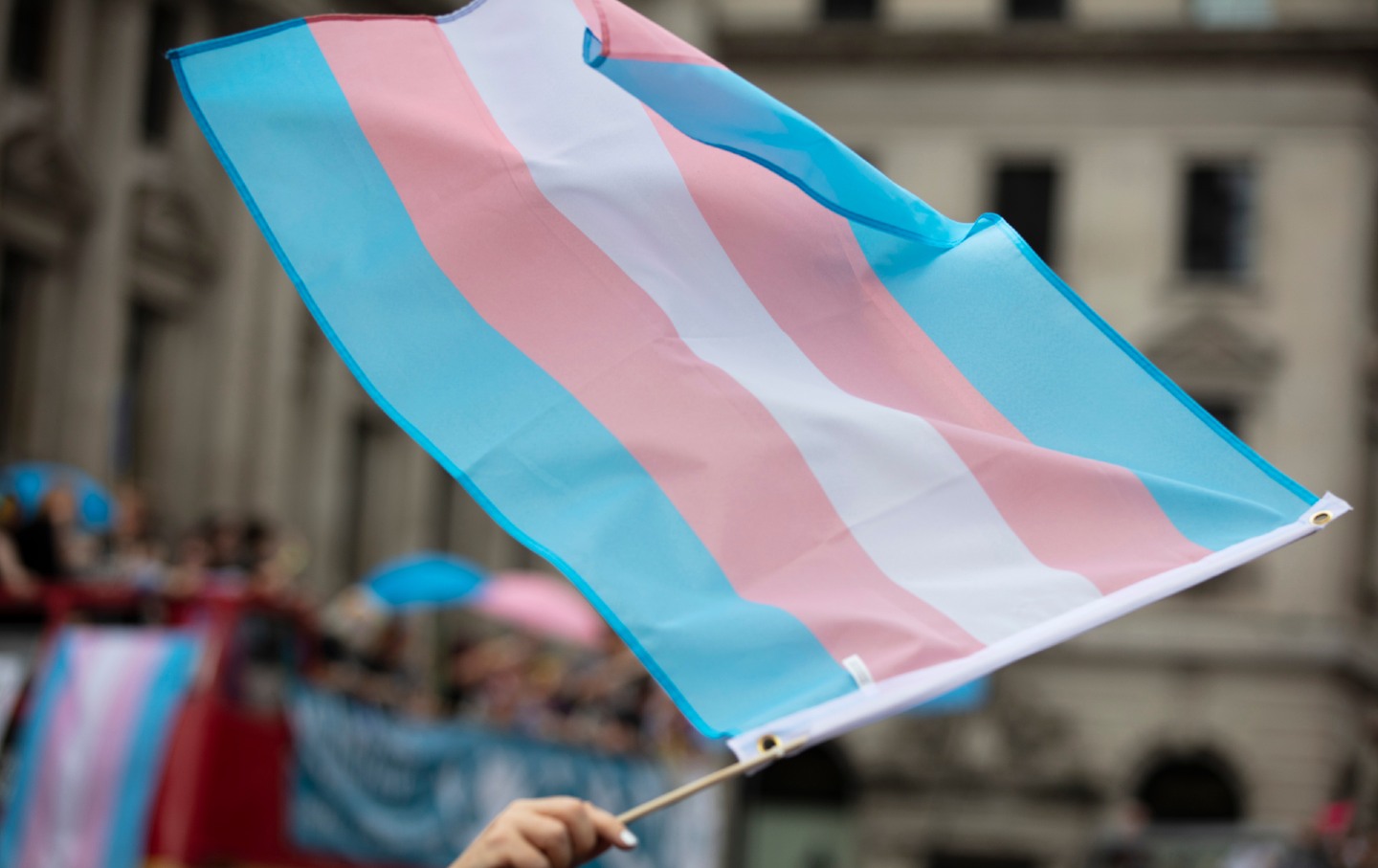 A transgender flag being waved at a Pride march. (Ink Drop / Shutterstock)

Tuesday marks the beginning of Pride Month 2021—a time of much-deserved celebration, especially after so many of last year’s festivities were relegated to virtual spaces. And it’s also a time to further the movement for LGBTQ rights. This year, that work is particularly important—because we’re in the midst of an unprecedented effort from Republican-run state legislatures to subjugate the transgender community.

Across 33 states, more than 100 anti-transgender bills have been introduced just in the first few months of 2021. Restrictions proposed within these bills include stopping transgender people from using restrooms or changing facilities that align with their gender identity, preventing transgender youths from playing on sports teams reflecting their gender, and even banning gender-affirming medical treatment such as puberty blockers and cross-sex hormones for transgender minors.

The cruelty of these bills’ potential impact is outright horrific. There’s evidence that transgender youths who receive puberty-delaying treatment are dramatically less likely to contemplate suicide than those who don’t. One Arkansas doctor who treats transgender youths testified to state lawmakers considering a bill to ban medical services to these patients: “There have been multiple kids in the emergency room for attempted suicide since the bill was introduced. I guarantee if this bill passes, children will die. And I will call you every single time.”