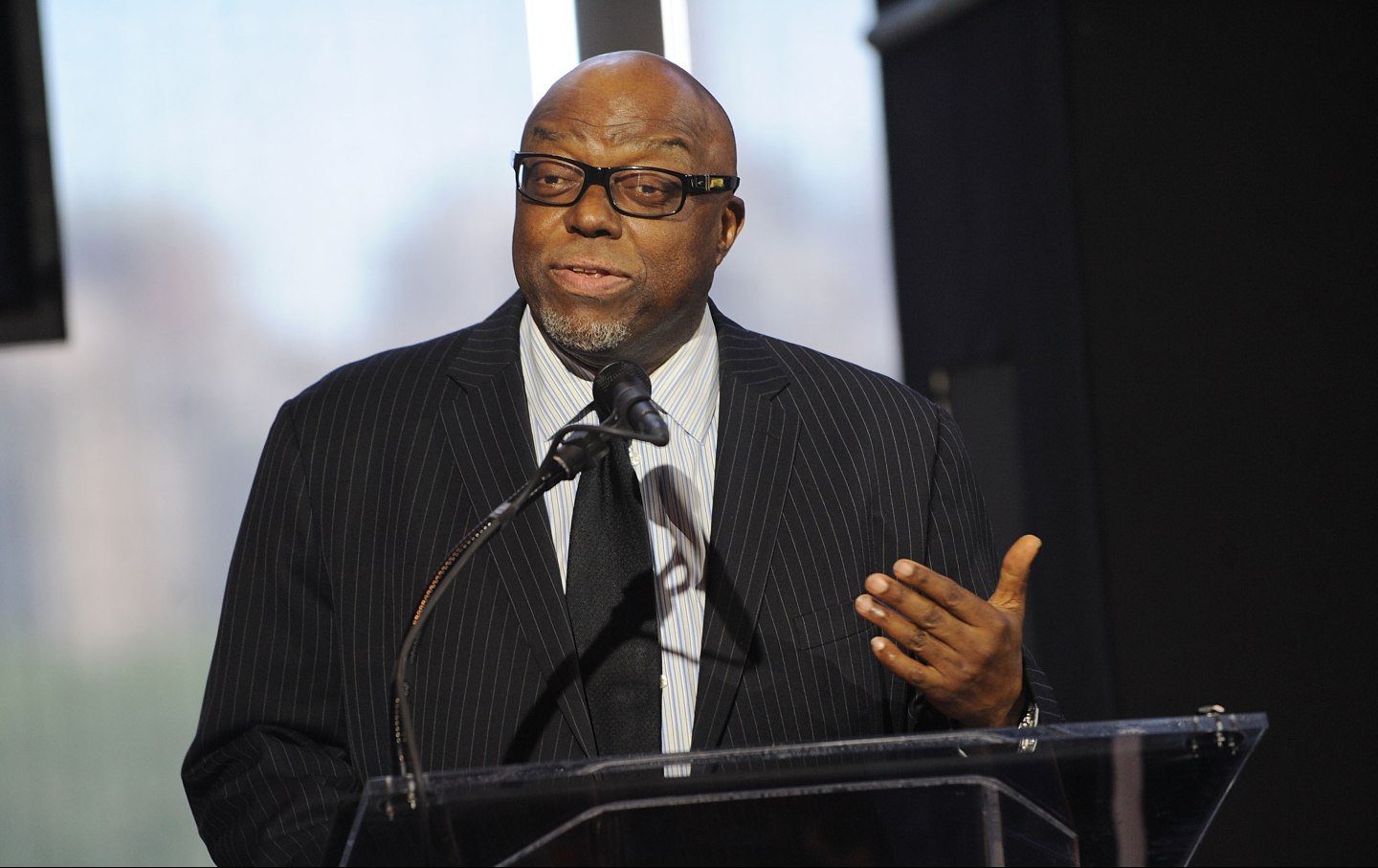 Ever since the impassioned music critic and combative cultural gadfly Stanley Crouch booked passage with the ancestors on September 16 after 74 years on this earth, there has been a steady rolling wave of deep sadness, much of it coming from people with whom he pointedly, sometimes violently, disagreed. There are a few disgruntled holdouts to the mourning. But their grievances needn’t be catalogued here, largely because the disputes were often about the same thing: his stringent, fiercely patrolled standards for African American music, deportment, and collective action, in perpetual conflict with whatever was fashionably edgy or doctrinaire at a given moment.

Among his perpetual antagonists: avant-garde jazz musicians, in whose company Crouch once counted himself until he became a committed apostate to their cause; hip-hop artists, especially those engaged in the “gangsta-rap” subgenre; and Black nationalists whose cultural and political provocations he believed to have undermined the humanist values of the civil rights movement. His truculent attacks on these groups in particular led to counterattacks: that Crouch was pandering to neoconservatives and even white supremacists. But whatever else Stanley Crouch was (or wasn’t), you couldn’t call him doctrinaire on anything, political, cultural or otherwise.

After the non-guilty verdict in the 1994 O.J. Simpson murder trial, for instance, Crouch was notable among those African American pundits extolling the masterly legal jiujitsu performed by Simpson’s lead lawyer, Johnnie Cochran, over what Crouch and others saw as the overmatched prosecutors Marcia Clark and Christopher Darden. Conservatives, neo- and otherwise, likely preferred he take out his wrath on the Black jurors voting to exonerate Simpson. As the title of his 2005 essay collection, The Artificial White Man, suggested, Crouch also took issue with white writers’ grasping for what they took as the “authenticity” of African American culture as they found it in Black stars in sports and pop music. One’s imagination tingles at the impossible-to-ever-be-fulfilled prospect of Crouch taking on fellow pugilist-author Norman Mailer in a live debate over the latter’s 1959 essay, “The White Negro,” which both celebrates and diminishes the Black man by assigning him/us the archetypical stature of hipster outlaw. A dabbler in alternate history would have endless fun wondering how long the two of them would have shouted back and forth at each other on Manhattan’s Town Hall stage before one or both of them threw an uppercut.

As much as I found Crouch’s grandstanding over-the-top, I also understood it to be a necessary evil in late-20th century New York City’s cultural precincts to shout and declaim as loud and proud in your antagonists’ direction to get the rest of society’s attention. And if people were paying close attention, they would find Crouch to be among the most eloquent and steadfast defenders of what was once known as the social contract. Much like one of his literary idols, Saul Bellow, Crouch embraced the necessary complications of personality over the reductive demarcations of identity. The jazz music Crouch loved and promoted throughout his life celebrated an ongoing process of self-realization, collective and personal, and his own personality, with all its harsh contours and urbane graces, challenged superficial judgment and easy conclusions. Which is why even many of those who at times wanted to throttle Crouch have been saying how much they will miss him now that he’s gone.