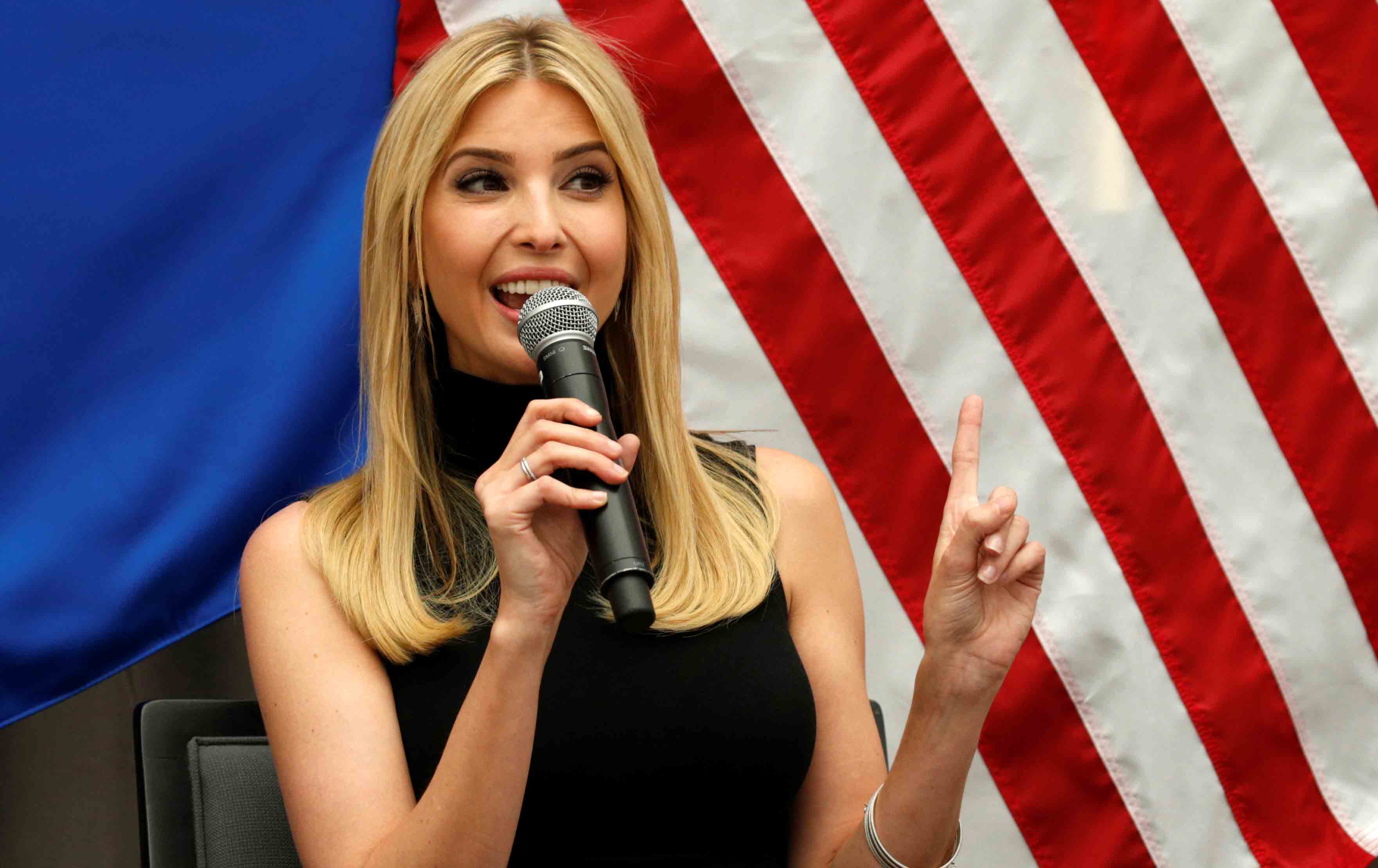 Ivanka Trump takes part in a conversation at the US Institute of Peace on May 1, 2017. (Reuters / Kevin Lamarque)

There’s one good thing about reading Ivanka’s Trump new book: it’s a bit like getting the top lines from ten different self-help books for the price of one. The bad thing is you probably already read them — if not in a book, then in a fortune cookie or on a framed motivational poster on the wall of the worst job you ever had.

Published on Tuesday, “Women Who Work,” — named for a 2014 branding initiative of hers by the same name — reads like an odd mashup of block quotes borrowed from everyone who’s ever said something inspirational, and at least a couple people who, apparently, never did.

The are insights from the Dalai Lama and Socrates, and misappropriated lines from black authors. Toni Morrison’s thoughts on actual slavery are applied to being “a slave to…returning calls, attending meetings, answering e-mails.” Conservationist Jane Goodall felt so misused she wrote out a complaint, saying of Ivanka: “I sincerely hope she will take the full import of my words to heart.”

There is also quite a bit of advice from Stephen Covey, the author of The 7 Habits of Highly Effective People.“Your life doesn’t just ‘happen,’” reads a Covey excerpt. “Whether you know it or not, it is carefully designed by you. The choices, after all, are yours.” What Ivanka ignores throughout her book, little of which feels uniquely directed at women, is that our choices right now are very much of her father’s making.

This is the president who inspired a sea of pink pussy hats to march on Washington, the country’s largest demonstration in history. Either Ivanka has developed a monumental lack of self-awareness, or the book’s publication is meant as a consolation prize to those upset that our country elected a self-proclaimed serial crotch grabber.

To the extent it can be said to have a vision, the book appears to be about helping privileged women get farther ahead in the patriarchal world of the office . It is also, quite possibly, about helping the actual patriarch himself. She tells women to “write and rewrite your own rules for success,” ignoring how many of the rules are written by the government—one that’s actively hostile to women.

Ivanka advises that if you’re feeling anxious in today’s world, you should “treat yourself” by getting “a massage to loosen and care for your body, or have a facial.” That’s great advice if you can afford it. I’m a great believer in the power of walks, meditation and deep breathing. But most women who need it most don’t have those luxuries, and anyway, it’s not a substitute for systemic change. Ivanka’s book ignores any practical application of her own significant advisory role at the White House—she insists “passion, combined with perseverance, is a great equalizer,” when in fact access to opportunity and good government is a much better one. Ivanka could, in theory, help her father bring that about, but there’s no evidence whatsoever she has.

Ivanka emphasized she wrote the book before the election, but that is hardly an excuse for going ahead with publication anyway, or for continuing to promote it to her millions of Twitter followers while holding an official role in the administration.

There’s no mention an actual policy until the book’s final pages, where she briefly bemoans the cost of childcare and reminds readers, on the penultimate page, that at least her company offers maternity leave. (Though former employees recall her being “reluctant” to grant it.)

Few things are more frustrating than being told repeatedly to live life to the fullest by someone who’s actively participating in an administration that inhibits exactly that for millions of Americans, across race, class and gender lines, and is right now working to take people’s health insurance away. “One by one, we must fight for ourselves, for our rights not just as workers but also as women,” Ivanka tells us. But no “workplace revolution,” as she calls it, happens in isolation. And no “call to action” begins and ends in self-care.

What Ivanka is selling implicitly is the idea she’s been selling all along: that she can prevail upon her father to do better by women. But she’s had 35 years to do that, and by now it should be clear she can’t and won’t. That she has no real love of gender politics or thirst for reform was clear before this book came out. Its publication should finally put any argument otherwise to rest.

Branding is where her interest in office women starts and ends :  this book is just the latest accessory she’s selling. She’s a master of image, like her father, and as with the president, her commitment to women is skin deep.