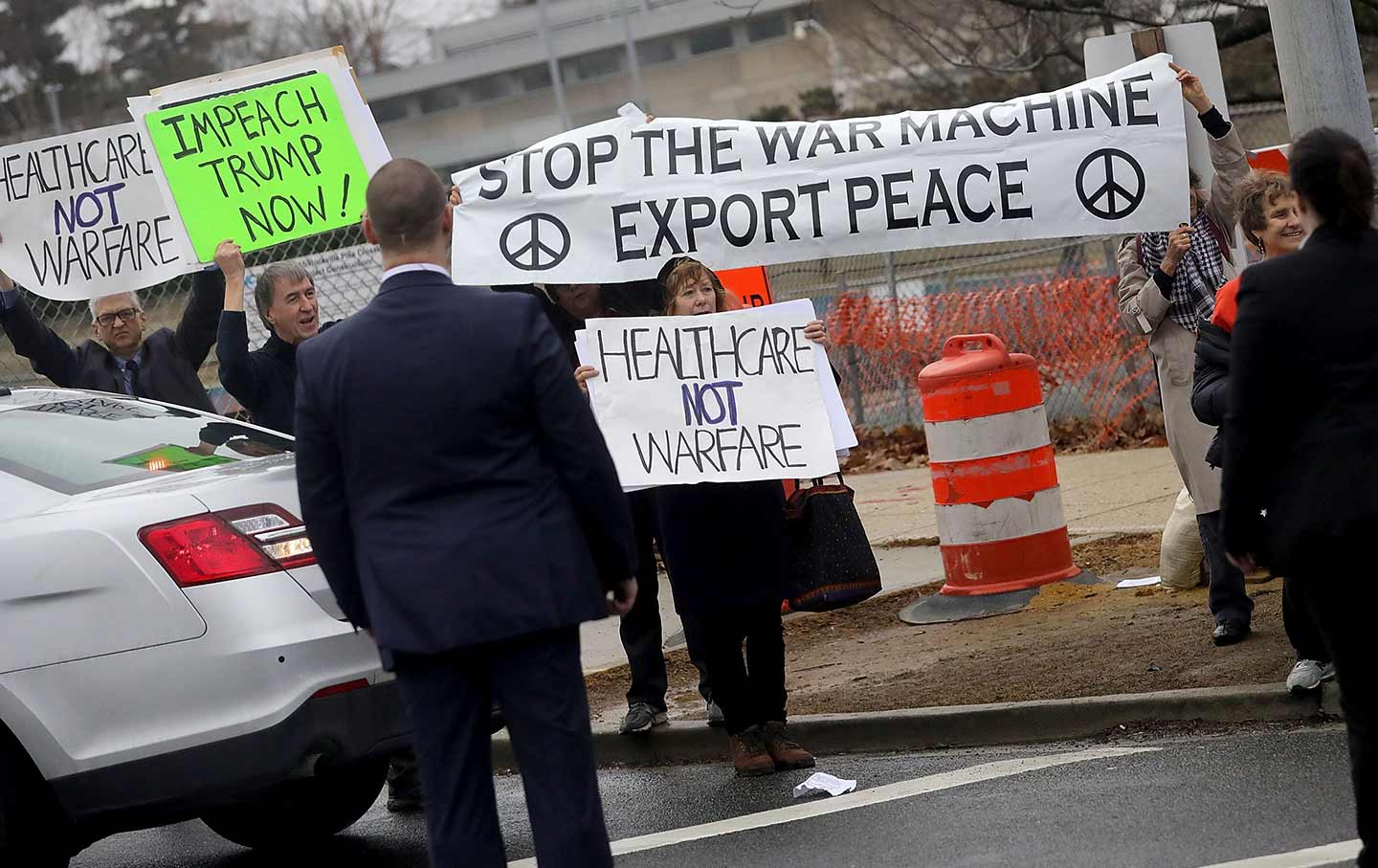 Will America’s endless wars without victory be the next source fueling popular revolt against the political establishment? In 2016, Washington pundits were shocked to discover the grim reality and anger of working people in “flyover country” that fueled the candidacies of Bernie Sanders on the left and Donald Trump on the right. The foreign-policy establishment of both parties may soon discover that utterly ignoring popular discontent with America’s wars may fuel a similar populist eruption.

Trump appealed to this skepticism during his campaign. He claimed—dishonestly—to have been an opponent of the Iraq invasion from the beginning. He scorned the “nonsense” wars without victory. He mocked the Libyan debacle that Hillary Clinton celebrated as secretary of state. Before the campaign, he tweeted regularly that we should get out of Afghanistan. He promised that the United States would start winning again, vowing to bomb the “s—” out of the Islamic State.

Upon taking office, these populist postures were quickly abandoned. Trump, against his “original instinct,” sent more troops to Afghanistan, sustaining the United States’ longest war into its 17th year. He dispatched troops to Syria, with the Pentagon announcing that they would stay even after the Islamic State was defeated. He doubled down on US support in Saudi Arabia’s criminal assault on Yemen. He increased the pace of drone bombings. US special operations forces have been dispatched to 149 countries in his first year in office, a bump up from the 138 countries of President Barack Obama’s last year. With his promised infrastructure bill still not in sight, his only jobs program has been a call to boost the Pentagon’s budget while striving to break Obama’s record for arms sales abroad.