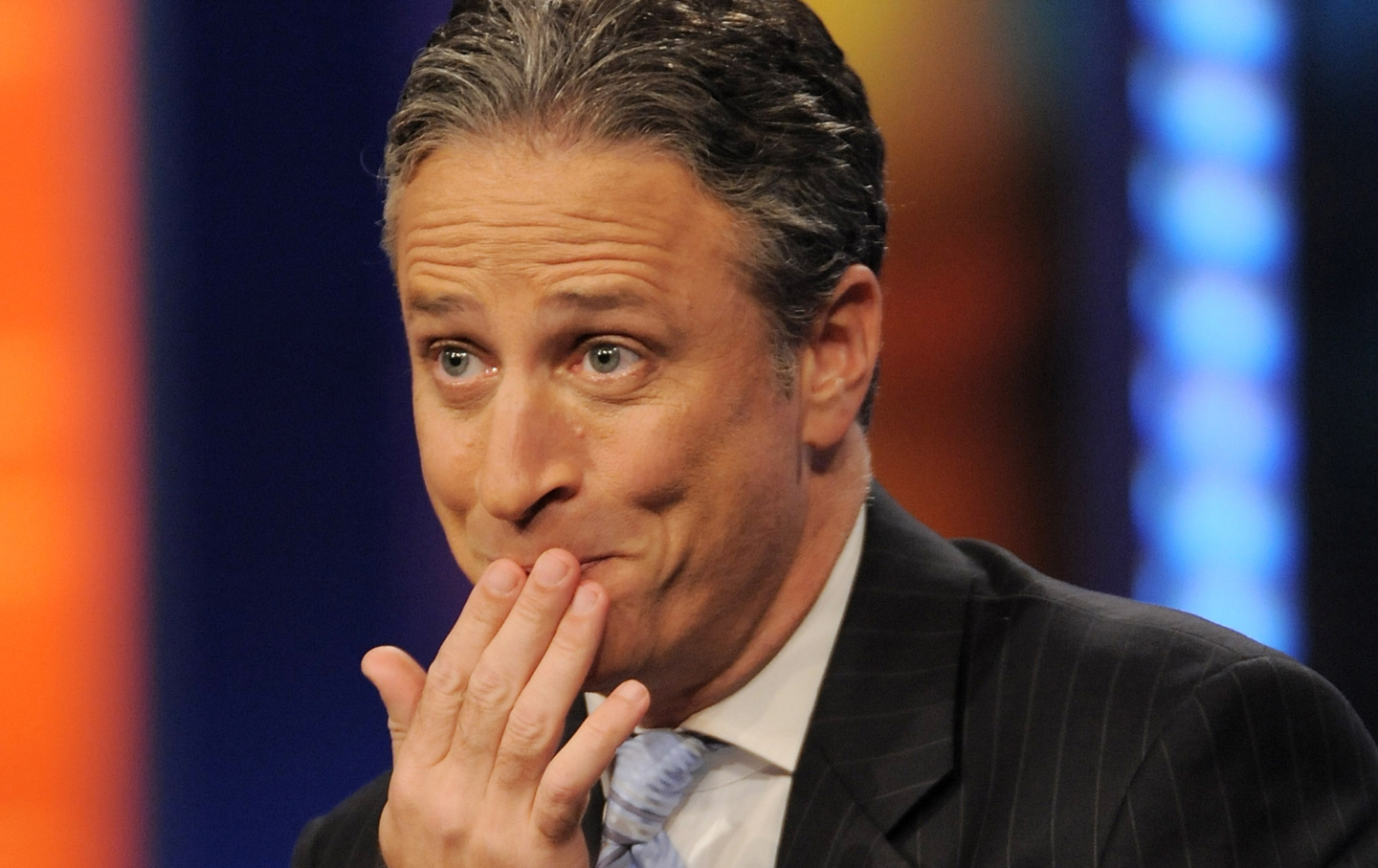 Host Jon Stewart gestures during a taping of The Daily Show with Jon Stewart in October of 2008. (AP Photo/Evan Agostini)

When I appeared on The Daily Show in late 2002, host Jon Stewart wanted to know why conservatives seemed to have a more effective message than progressives. “Are they better at selling their ideas, or they just have better ideas?” he asked. Although I disputed his premise, the Bush administration and its allies clearly had marginalized progressive opposition to the impending war in Iraq, and Stewart still thought of himself as an impartial observer. “Join us in the center,” he said as the interview concluded. “That’s my movement.”

But it wouldn’t be long before Stewart, whose 16-year run on “The Daily Show” comes to an end next week, became one of the most important and influential voices on the progressive left—an improbable icon who cut through right-wing talking points with satire while making progressive ideas sound like common sense. Stewart’s show provided valuable airtime to views that were often neglected, even denigrated, in mainstream media, and made them sound appealing. And by reviving political humor on a nightly basis, he helped turn on young (and old) people to politics and broaden the progressive base.

The US invasion of Iraq was a turning point in Stewart’s career. While most of the media cheered on the war and caricatured its opponents, Stewart transformed The Daily Show from simply “fake news” into something far more significant: a place for dissent. As media critic David Folkenflik wrote in April 2003, “For those who like to see television take antiwar figures seriously—or at least somewhat seriously—there’s really been only one sure place to turn in recent weeks: Comedy Central’s ‘The Daily Show.’”