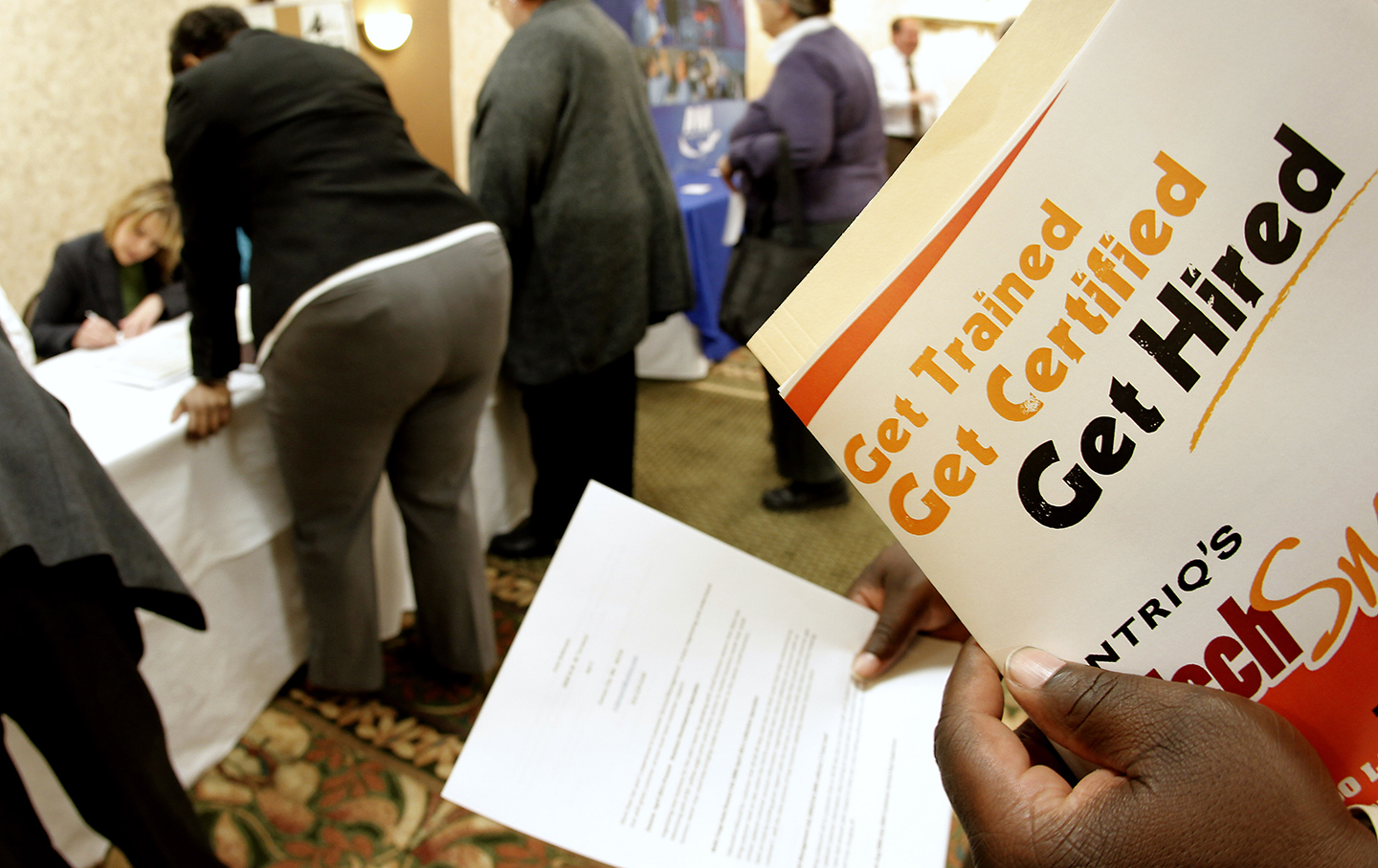 Should the government guarantee everyone a job at a living wage? The idea is gaining momentum among progressives. By 2020, it may join Medicare for All, debt-free college, a $15 minimum wage, antitrust revival, and Social Security expansion as part of a bold reform agenda that Democratic presidential aspirants will have to embrace or debate.

A Good Jobs Guarantee would be a federally funded, locally administered program. Municipalities and towns, linked with nonprofits, would create community job banks that would organize real jobs with good pay and benefits. By addressing needs largely ignored by private markets, the program would avoid competition with private business. By paying a living wage—most plans call for a minimum of $11 to $15 an hour with benefits—the jobs guarantee would lift the floor under workers, insuring that no one works full-time and remains in poverty.

Calls for a job guarantee have deep roots in the Democratic Party. In 1944, coming out of the Great Depression and still entrenched in World War II, President Franklin D. Roosevelt called for an Economic Bill of Rights, with the right to a job and living wage the first two principles. The Rev. Martin Luther King Jr. picked up that charge, understanding that economic justice was an essential challenge of the civil-rights movement. After King’s assassination, his widow, Coretta Scott King, helped build the public pressure that culminated in 1978 with the passage of the Humphrey-Hawkins Full Employment Act, a bill that was diluted in its final passage to make full employment a goal rather than a guarantee.