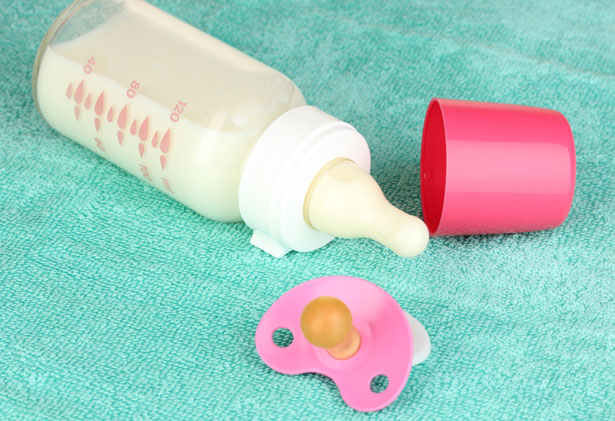 Update: The bill passed the Senate Human Services committee Tuesday, but narrowly. The vote was three in favor, two opposed.

California is generally thought of as getting reproductive health policy right. In January, the state added abortion providers at a time when clinics elsewhere are fighting restrictions that would have them shut down. But when it comes to poor women’s ability to choose whether and when to grow their families, California has some catching up to do. Since 2002, eight of twenty-four states with a maximum family grant, also knows as a family cap, have repealed the laws that created them, citing concerns that they’re not effective. California—with its progressive image and all three branches controlled by Democrats—is a holdout.

The policy does what its name suggests—caps the number of people in a family who can receive cash benefits through CalWORKS, the state’s welfare program. If a mother already has a child when she applies for help, that child will be covered assuming her application is approved. But if she gives birth down the line, that baby is out of luck. The approximately $120 per month that child would have received if she had already existed at the time of the application is denied the family. (That’s right, just $120 a month. As Grace Meza-Betancourt, a 38-year-old mother whose family has been affected by the cap, put it when we spoke yesterday: “What makes people think you’re having babies just to get aid from the government?”)

In the twenty years since this exclusion of additional children from CalWORKS was put in place, it’s had no impact on the state’s birth rate, according to a 2013 report from the Center on Reproductive Rights and Justice at Berkeley Law. Women receiving CalWORKS benefits generally have one or two children, which puts them in line with other families in the state. State Senator Holly Mitchell is advancing the fight to repeal the policy. Today, the bill she authored, SB 899, gets its first vote of this year’s legislative session. Today’s committee hearing is preparation for what some see as the real test. On May 1 the bill goes to the budget committee, where lawmakers will take a closer look at the price tag. If it passes, the state could expect up to a $220 million increase in CalWORKS grants in the first year after the cap is removed, according to a legislative analysis. Mitchell introduced a similar proposal last year, and that bill’s death was attributed to its projected costs.

The “how do we fund it?” question has stopped efforts to repeal the cap in their tracks over the past two decades, given California’s long period of fiscal crisis. But now that the state is in the black, advocates think there’s an opening. They want to convince skeptics that failing to invest in families when a child is born means those costs will just show up later down the line. Special education, expensive healthcare and prisons are all places where families denied aid at a child’s birth may eventually depend on state funds, according to Shanelle Matthews, communications strategist for the ACLU of Northern California.

Matthews and a group of ACLU members from throughout the state met with Mitchell yesterday in Sacramento. They had gone to the capitol to lobby for the bill’s passage and I sat in on some of those meetings.

“Children born into poverty don’t break the cycle,” Mitchell told them. “Our goal is to support them on the front end to give them a chance. This is the fiscally responsible thing to do.”

In addition to their arguments related to the budget, advocates list all the reasons why a family cap unfairly singles out poor women and families. Critics often point to the law’s exceptions as proof that its real goal is to force long-term, invasive contraception on certain women. A family can get the additional benefit if a woman conceives while using Norplant, Depo-Provera or an IUD, or if she’s been sterilized and somehow becomes pregnant. A second exception allows the benefit for women who can prove that they’ve conceived as a result of rape or incest. Critics say this is an invasion of the mother’s privacy and could add undue stress to an already painful situation.

I sat in a meeting yesterday as state Representative Rocky Chavez, a Republican who voted no on Mitchell’s bill last year, met with ACLU members who live in his San Diego–area district.

“I have no problem helping anybody,” Chavez told his constituents after they’d pressed him to vote yes on repealing the family cap this time around. “But at some point people have to take responsibility for their next decision.”

In addition to making the argument that the budget can sustain the change, the bill’s proponents still have to convince bootstrap conservatives like Chavez.