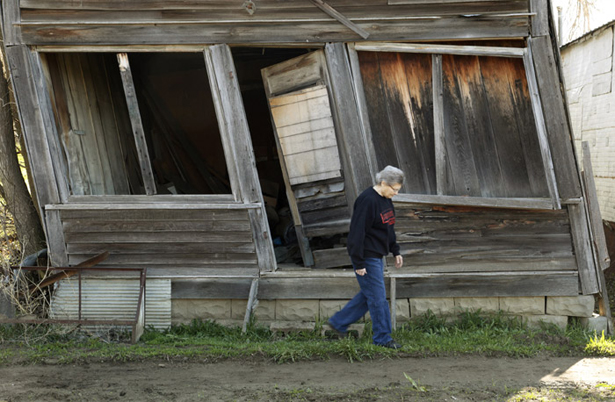 Inevitably, when you talk about white privilege someone will ask the question, “What about poor white people? What privilege do they have?”

In January 1961, John F. Kennedy was inagurated as the nation’s thirty-fifth president. In February 1961, he signed an executive order for a pilot food stamp program, one based on the model previously used during the Great Depression. During his campaign, Kennedy had spent much time in West Virginia, and according to his speechwriter Ted Sorensen, “was appalled by the pitiful conditions he saw, by the children of poverty, by the families living on surplus lard and corn meal, by the waste of human resources…. He called for better housing and better schools and better food distribution…. He held up a skimpy surplus food package and cited real-life cases of distress.” Kennedy saw people in need and used his power as president to address their crisis.

This week, the House Appropriations Committe released a draft of the 2015 Agriculture Appropriations bill. In it, $27 million is budgeted for a pilot program aimed at reducing child hunger in rural areas. “Sounds innocuous enough,” writes MSNBC’s Ned Resnikoff, “except the $27 million program was actually the committee’s substitute for a White House proposal which would have allocated $30 million to child hunger across urban and rural areas.”

Resnikoff goes on to point out that this doesn’t mean children in urban areas will be completely left out of hunger reducing programs, as the “federal government spends hundreds of millions of dollars on the Summer Food Service Program, which provides meals to low-income children when school is not in session and they don’t have access to free or reduced school lunch,” and that there are specific challenges that face rural areas with regards to food insecurity. However, “the House committee’s proposal is likely to help fewer people of color than the White House proposal. And while rural areas may be unique in terms of the challenges they face, they’re not where most of America’s hungry are concentrated.”

They’re also among the whitest. “The Appalachian region,” which is where this money would go, writes Talking Points Memo’s Sahil Kapur, “is also more white (83.5 percent) than the United States overall (63.7 percent), according to the Appalachian Regional Commission—and much more so than urban areas, which have a disproportionately high share of minorities.”

It’s not that Kennedy or this current House subcommittee ever explicitly said “white hunger is more important than black hunger, white poverty is more important than black poverty.” But the seeming indifference toward black poverty, played out in their actions as elected officials, reflects the privileging of whiteness. It is indecent that any person go hungry, particularly in a country of such abundance. It is indecent to determine that some of those people are more worthy of our investment in their being fed than others. It is indecent to then pretend as if that’s not the case. All these indecencies add up to an injustice. We are a country that practices injustice as a way of life.

Yes, you can be poor and white and still benefit from white supremacy. That’s what privilege is.