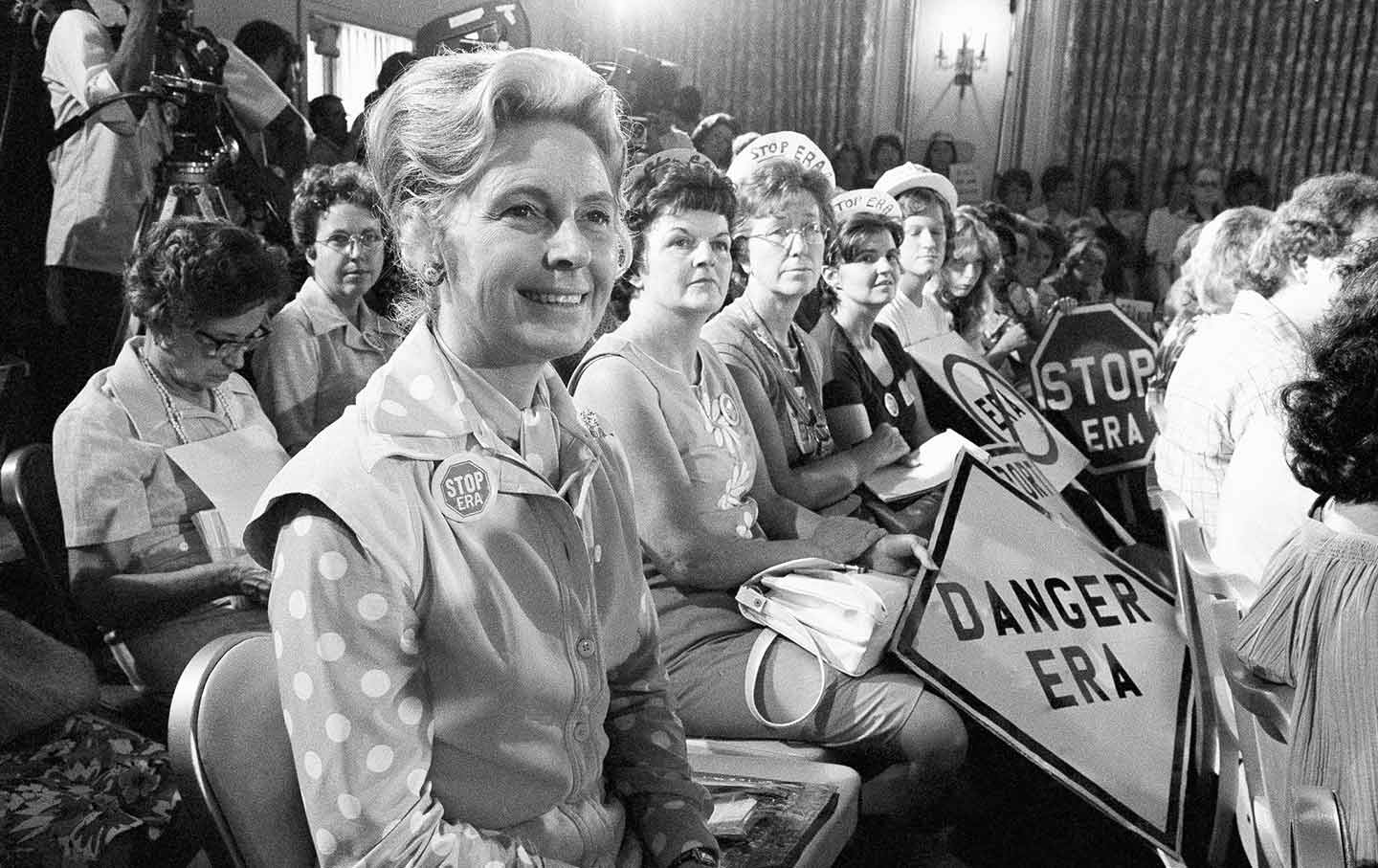 Painful as it is to acknowledge, Phyllis Schlafly, who died yesterday at the age of 92, was one of the most important American political organizers of the second half of the 20th century. In the 1970s, at a time when the women’s movement seemed to be soaring from strength to strength, she forged a reactionary grassroots women’s movement that defeated the Equal Rights Amendment at practically the 11th hour—a blow from which the feminist movement took decades to recover.

Schlafly’s genius was to recognize that conservative middle-class Christian homemakers were not submissive little hens interested only in trading recipes and getting the kids to church on Sunday. Like the liberal feminists they despised, these stay-at-home mothers wanted power, recognition, a field of action. All they needed to take to that field was a general, and Schlafly was a very good one. “In the ERA struggle, she was the expert debater, against all of us amateurs,” political scientist Jane Mansbridge author of the definitive history, Why We Lost the ERA, told me in an e-mail. That the entitlements conservative women were defending—to economic support from male breadwinners, social deference to homemaking, chivalrous respect for traditional femininity—barely existed as a matter of law, and were breaking down even as fitfully observed social custom, only made their fight more energetic.

Schlafly didn’t rest on her laurels for a minute. She went on to shape the women’s auxiliary of the Christian right into a powerful political bloc through the Eagle Forum, and she was a powerful influence inside the Republican Party until the day she died, albeit often behind the scenes. She helped make opposition to LGBT rights and abortion signature right-wing causes, with many prominent female leaders and propagandists. Sarah Palin is her spiritual granddaughter. So is Ann Coulter. And so is Michele Bachmann, who managed to combine wifely obedience with being in Congress and running in the 2012 presidential primary.

It’s ironic that Schlafly, the great defender of traditional domesticity, was a whirling dervish of professional activity. But she shares this contradiction with virtually every other notable anti-feminist; if you stay home raising kids and doing housework you hardly have time to write those books and give those speeches urging women to stay home raising kids and doing housework. In 1975, despite having six children, she even found time to go to law school (once her husband, a wealthy lawyer, had given permission), taking advantage of the fact that the feminists had succeeded in abolishing the quotas that limited to a handful the number of women admitted.

It would be tempting to see Schlafly as a covert practitioner of women’s-liberation-for-one, i.e., herself. Unfortunately, society exists and sexism exists. Schlafly’s first passion, after all, was anticommunism. (The atom bomb, she wrote, is “a marvelous gift that was given to our country by a wise God.”) In support of Goldwater’s presidential bid, she self-published A Choice Not an Echo, which sold over 3 million copies. But in the conservative world in which she moved (and not only there), foreign policy and national security were male preserves. There was no job for her in any Republican administration. Anti-feminism was her fallback position.

Perhaps we’re lucky she wasn’t born a few decades later. She might have been secretary of state.