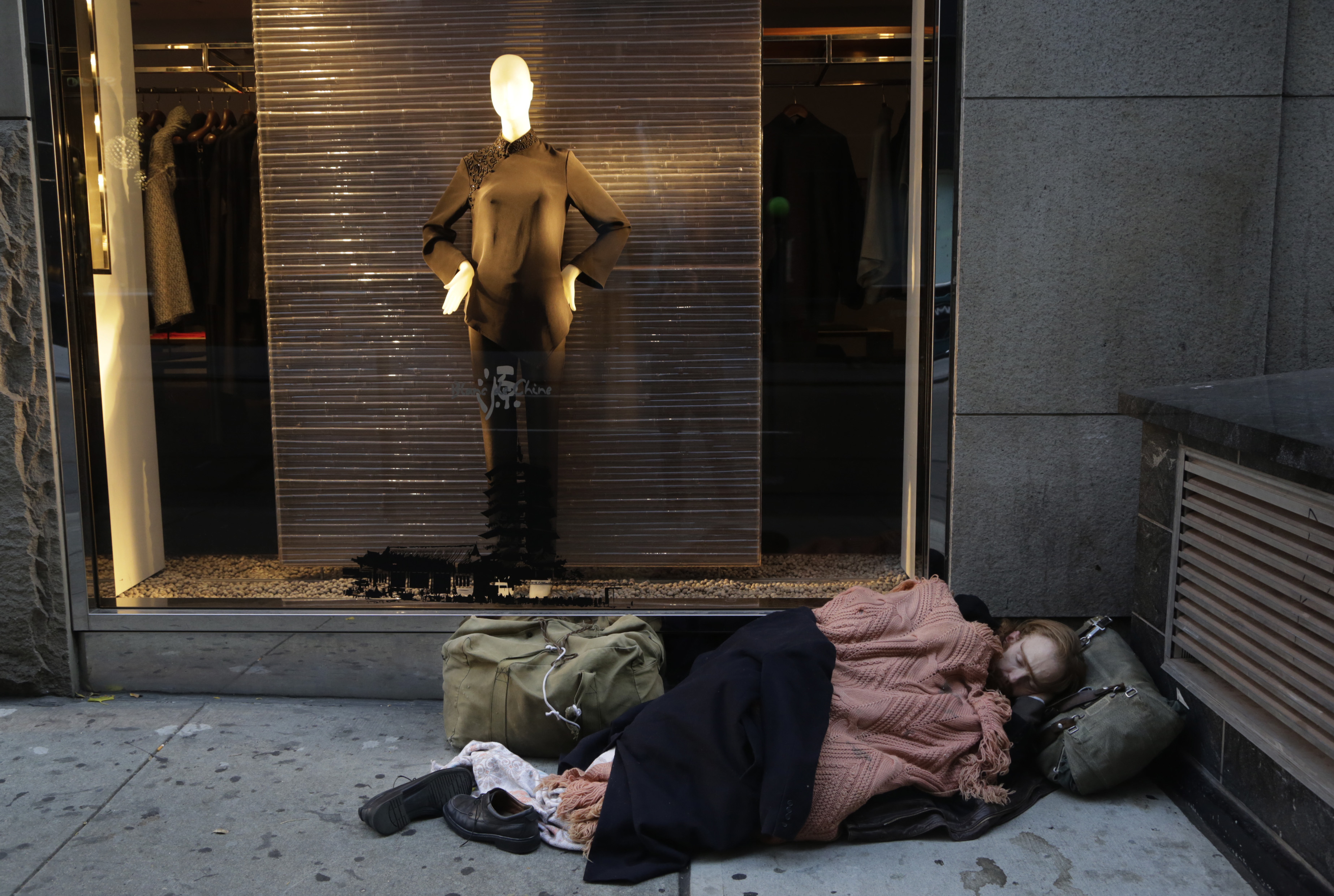 According to the National Alliance to End Homelessness, “On a single night in January 2014, 578,424 people were experiencing homelessness—meaning they were sleeping outside or in an emergency shelter or a transitional housing program.”

It is clear from the numbers alone that in communities across America—including where I live in Ocean County, New Jersey—federal, state, and local public-housing assistance programs are not reaching nearly enough people.

I’ve experienced homelessness and I also volunteer at a homeless-outreach center that provides clothing, blankets, tents, heaters, food, and other items that are essential to our local population of about 30 homeless individuals and couples. We also offer a hot meal and a safe place for people to gather and freely express themselves. Many of the people we serve refer to our center as their “safe house.”

At the end of a recent meeting at the center, a couple in their 40s asked me for a ride home. They had blankets, coats, and foodstuffs—I suspected they didn’t want to traipse through the downtown business district and draw attention. I gave them a ride, and they directed me to the end of a large parking lot behind a supermarket. They unloaded their things from my car and then slowly disappeared into the woods.

It occurred to me that if they were stray animals, I could have brought them to a half dozen shelters where they would be taken in and cared for, no questions asked. But in my county, not only is there a shortage of affordable housing, there is not a single emergency shelter for homeless people. This is the reality in too many communities across America. It is not only painful to witness, it is also completely unnecessary.

One unutilized tool that could go a long way towards addressing the problem is the National Housing Trust Fund, established by President George W. Bush and Congress as part of the Housing and Economic Recovery Act of 2008. The goal of the trust fund is to provide revenue to build, rehabilitate, and preserve affordable housing for the lowest-income families, including people experiencing homelessness. The Trust Fund is unique in its aim to increase and preserve the supply of affordable rental housing for the very low-income, as most of the fund’s money must go to people who make no more than 30 percent of area median income. The fund also increases homeownership opportunities for these households. While Fannie Mae and Freddie Mac recently started devoting some of their earnings to the fund, as the original legislation intended, Congress—perhaps not too shockingly—has complicated and threatened the necessary revenues for the fund.

According to ThinkProgress, a recent example occurred in April 2015, when a House appropriations subcommittee passed legislation that halted funding for the trust fund. The legislation instead robbed Peter to pay Paul, diverting monies from the trust fund to another HUD program, HOME, which targets people who make 60 or 50 percent of median family income. The appropriations bill that passed the House ultimately maintained this provision. With its focus on the lowest-income people, the National Housing Trust Fund is a critical resource for fighting homelessness, and these moves to slash its funding imperil people who are on the verge of losing their homes.

More than one-third of New Jersey counties have implemented the legislation, raising more than a million dollars for efforts to increase permanent affordable housing; prevent the eviction of Supplemental Security Income or Social Security Disability Insurance beneficiaries, including through payment towards rent, mortgage, or utilities; and provide supportive services for chronically homeless individuals who receive housing vouchers.

But despite bearing the brunt of Hurricane Sandy in 2012, Ocean County has yet to implement such a trust fund. So what can a community like mine do to convince its local political leaders to take action?

Along with other activists and members of the community affected by homelessness—including healthcare professionals, trauma experts, police officers, clergy, teachers, local politicians, homeless advocates, and small-business owners—I am working to get the backing of our community by framing homelessness as both a values and economic issue. The Ocean County Board Freeholders has the final say on whether or not the county enacts a Homeless Trust Fund. They have public meetings twice a month, and we’ve agreed that we won’t leave their next meeting until we get either an acceptance of our proposal or a counter proposal for eliminating homelessness. Our point is that homelessness in our county must end now, and that’s non-negotiable.

With Congress impervious to the reality and needs of its most vulnerable citizens, county trust funds are just one approach we can take towards ensuring that every person finds the stability and shelter they need to survive and thrive.

We need to take this action and many more—because nobody in America should be dropped off to disappear in the woods, when we have the resources to end homelessness.